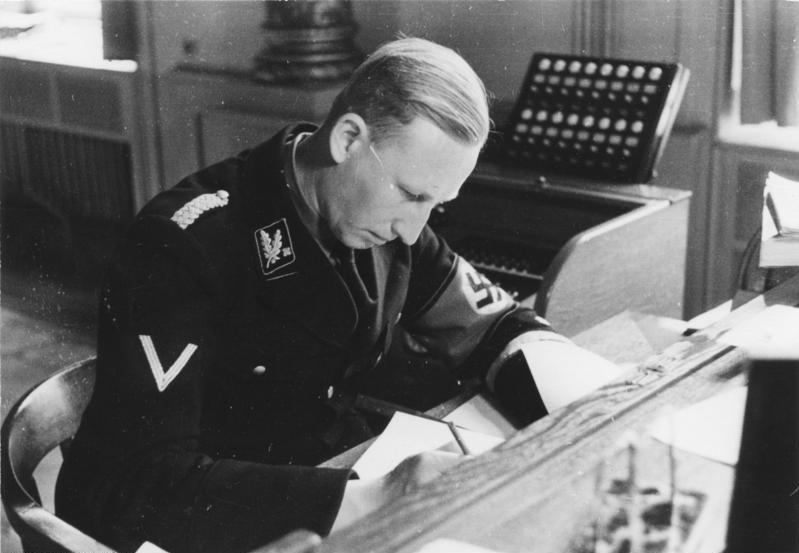 A campaign has been launched to raise the £25,000 required to restore Leamington Spa’s fountain which commemorates the Czech and Slovak soldiers killed during Operation Anthropoid in 1942, responsible for the assassination of Reinhard Heydrich.

The soldiers were part of the Free Czechoslovak Army during the Second World War. They were based in Leamington Spa before the assassination of Heydrich, a high-ranking German Nazi official.

On May 27, 1942 Czech freedom fighters Josef Gabcik and Jan Kubis executed the assassination in Prague. After a failed attempt at shooting Heydrich, they managed to throw a grenade into his car.

Heydrich died of his injuries on June 4, 1942. Gabcik and Kubis were cornered in a 2 hour shoot-out on June 18. Kubis was killed whereas Gabcik took his own life.

The 7 men who were dropped into Czechoslovakia to carry out the mission are commemorated by a fountain in Jephson Gardens. It is the only reminder of the force’s heroism.

The effort to preserve the fountain, originally commissioned by former Czech legionnaires in 1968, comes as part of a wider effort to raise awareness of the only successful wartime plot to kill a senior Nazi leader and its links to the local area.

The plot has this year become the subject of a major motion picture, ‘Anthropoid’, starring Cillian Murphy and Jamie Dornan. The film was screened at The Royal Spa Centre at the end of October.

Murphy told the Independent: “I think the story is not very well known outside of the Czech Republic – I think it will be a revelation to cinema-goers to realise that this incident in history took place.”

Angus Young, a first-year History student, commented: “Although I knew about the assassination of Heydrich and its consequences, I had no idea about its links to Leamington and the local area.”

Tom O’Connell, a first-year Physics student, added: “I think it’s a really incredible story and their bravery should definitely be remembered, as well as promoting Leamington’s role in an important bit of history.”

Whilst the effort to fund the fountain’s restoration is still some way from its desired total, it is hoped that the release of the film will help raise the profile of Operation Anthropoid and Leamington Spa’s role in it.