Selective Education and the Arts

I was going to start this article with some reference to a show or exhibition being put on at the Warwick Arts Centre, before pointing out to you all that the creator or curator attended one of those hotly-discussed academic institutions named grammar schools. But Warwick Arts Centre must be ridiculously good at choosing a diverse and representative bunch of artists, because of those whose education or early life was made public knowledge, I could not find a single one who attended such a school.

Now this ought to be surprising, when The Sutton Trust conducted a survey into the academic background of the UK’s so-called ‘leading people’ in 2012 that revealed that of 311 people involved in ‘The Arts’ who appeared in the birthday lists of The Times, The Sunday Times, The Independent and The Independent on Sunday, 64% were educated at either and independent or a grammar school.

Affluent parents tend to be able to provide a more suitable learning environment to a promising child, such as their own bedroom or private tutoring.

Like most debates currently ongoing regarding the validity and viability of selective education, people are asking “why?”. While there are those that put it down to the selectively educated minority – approximately 5% since the 1970s – being simply more driven than a child educated at the local comprehensive, reasons behind the disproportionate success of the former pupils are more complex. Firstly because students attending a grammar school tend to be wealthier. This dispels the myth that these schools currently provide children from low-income families with more opportunities, as only 17% of children living within reach of a grammar school were eligible for free school meals, compared to the national average of 38%.

As for those who gain entry to the institution, the figure drops even further, to 2% of pupils. Affluent parents tend to be able to provide a more suitable learning environment to a promising child, such as their own bedroom or private tutoring. Additionally, 13% of entrants come from outside the state sector. This figure is generally taken as a reflection of those attending fee-paying preparatory schools.

The arts are an expensive hobby.

Why is all of this relevant when we’re talking about the arts? Because the arts are an expensive hobby. For low-income families, £40 or £50 pounds minimum per theatre trip (more if the family are travelling to and from London) is an expense that can’t be afforded on a regular basis, particularly on top of acting, singing or dancing lessons or the cost of art materials. Grammar school children are more likely to succeed in the arts because they are more likely to receive financial support at home.

Of course, there are many exceptions to the rule, such as Damien Hirst, Richard Billingham, whose work will be part of the exhibition ‘The Human Document’ at Warwick Arts Centre throughout term one, and current Artistic Director of the National Theatre, Rufus Norris. But there is a strong chance that as students, these talented people were forced to overcome barriers that would not have been present with a grammar school education and the apparent financial privilege that goes hand-in-hand with it.

Unfortunately, Theresa May’s proposed solutions to income inequality in grammar schools, such as establishing quotas on the acceptance of students from low-income families and opening more grammar schools nationwide to drive down the competitive house pricing in selective areas, won’t necessarily help. The crux of the issue is not the education that people receive at a grammar school, or even at an independent. It is the inevitable financial burden of pursuing the arts as a young person which some families are unable to sustain, meaning that as consumers and fans, we miss out on the talent of millions of young people. 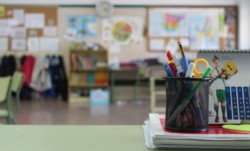