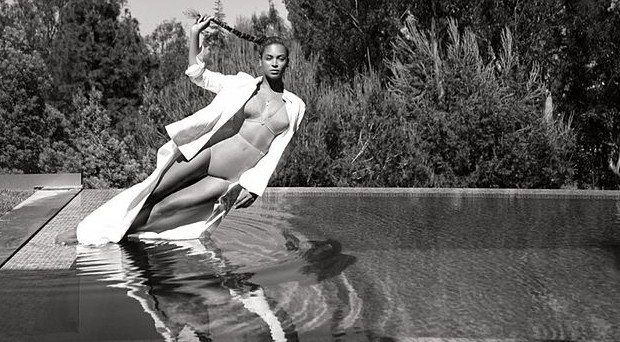 “I’m about to send a message to the world, like…”

Politics in the work of the Knowles sisters, talking Lemonade and A Seat at the Table

Beyoncé’s album Lemonade surprised the music world when it premiered on HBO in the form of an hour long film, in late April this year. Almost as instant as the release itself were the numerous think pieces, narrative explorations, and critiques of the singer’s new venture, arguably her best work to date. Piers Morgan shared his views of the record and stated, rather infamously, ‘I never like it when entertainers go all political’. Withholding the analysis of such a statement and the degree to which it infantilises entertainers and the power of political expression, it obviously sparks a discussion much bigger than one album, pertaining the whole industry – how viable is the (re)politicisation of mainstream Hip Hop and R&B and does it really have to follow the ‘damned if you do – damned if you don’t’ model?

“Beyonce asserts the potential of black female success in spite of centuries being caught in the crosshairs between racism and sexism.”

The lead single ‘Formation’, also giving the name to the subsequent tour, has quickly been dubbed as Beyoncé’s most political song. The music video is full of strong visuals and implications of racial injustices – lying on slowly submerging New Orleans police car , evocative of post Hurricane Katrina newsreel, a line of police officers confronting a dancing black child followed by the literal writing on the wall “stop shooting us”, the mother’s of the black men killed by police brutality etc. These are all pointers toward Beyoncé’s apparently ‘new’ political activism. She doesn’t only protest against violence- the video unapologetically celebrates being black both lyrically and visually. Reminiscent of the  ‘Black Girl Magic’ movement, Beyonce asserts the potential of black female success in spite of centuries being caught in the crosshairs between racism and sexism.

“Although the album explores different emotional stages of trauma, from denial to redemption, the highly individual songs can also be seen on a larger scale, identifying the personal with the national.”

She took it even further during her Super Bowl half time performance, with her back up dancers’ costumes referencing the signature Black Panthers aesthetic, causing mixed responses and posing the question – why did Beyoncé choose to use her platform to make a seemingly political statement (and if so why didn’t she start years before?). Lemonade, as a whole, described on Tidal as ‘every woman’s journey of self-knowledge and healing’, can be seen more as an exploration and re-affirmation of black identity, black female identity at the core. Although the album explores different emotional stages of trauma, from denial to redemption, the highly individual songs can also be seen on a larger scale, identifying the personal with the national, in that way providing a piece of work reflective of the joint emotional struggle of being black in predominantly white spaces, misunderstood and marginalised.

On par with Lemonade, at the very end of September without much prior promotion, sister Solange Knowles released her A Seat at the Table, which has been received exceedingly well both critically and commercially, notching the number 1 on Billboard’s 200 Chart. The media, quick to pit the sisters’ successes against each other, should perhaps more productively turn to analysis of how both Beyoncé and Solange are contributing, in their own way, to the reintroduction of politics in the charts and mainstream music. This is ultimately starting a conversation, one that needs to be had in an age where hate crime against black communities is still very much a reality. 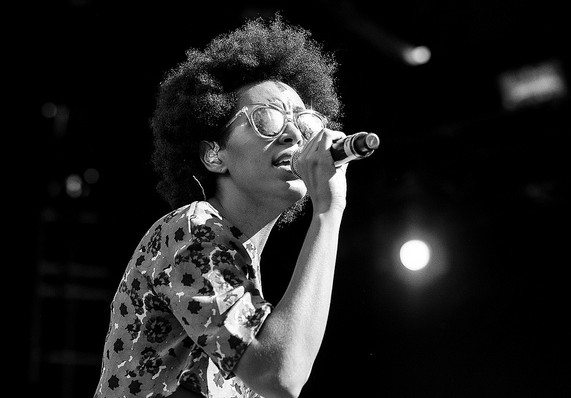 It’s in this light A Seat at the Table, similarly to Lemonade,  can be viewed as an ode to black women, Solange herself describing it as “a project on identity, empowerment, independence, grief and healing”. With features by a range of artists and interludes of narration by her parents and rapper Master P, Solange creates a record that (in a style comparable to Lemonade) works through wider issues facing the black community through using personal experiences as a springboard, making them universal and relatable. She speaks of the stereotypical ‘angry black woman’, songs like ‘Mad’ and ‘Don’t Touch My Hair’ directly addressing that preconception whilst also justifying and explaining a real reason for anger.

Ultimately, political expression in the mainstream is important as it enables the ‘uncomfortable’ discussions to come into the focus of public attention. The backlash Morgan received after his article was published, precisely highlights the imbalance between what the white majority believes to understand and the actuality of the situation – one cannot perceive the hardships faced by minorities if not personally experienced. Beyoncé and Solange taking pride in being black doesn’t mean it’s ‘anti-white’ as mentioned in ‘Interlude: Tina Thought Me’. Focus doesn’t equal exclusion. In any case, as Solange sings in ‘F.U.B.S.’: ‘Don’t feel bad if you can’t sing along / Just be glad you got the whole wide world /This us/This shit is from us’.