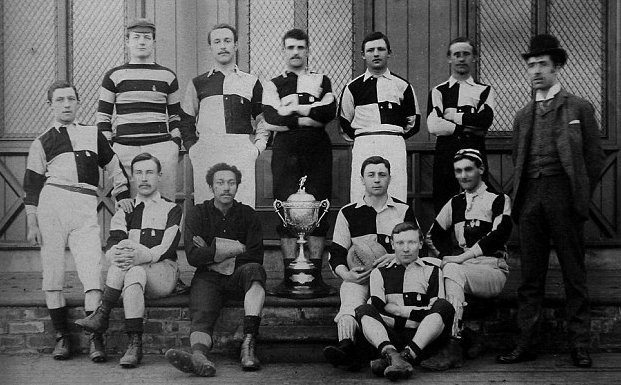 Thierry Henry, Clarence Seedorf, Pele…these are just a few of the many great black footballers to grace the beautiful game. But who was the first?

Arthur Wharton was born 151 years ago today, on 28 October 1865 in Jamestown, Gold Coast (now known as Accra, Ghana). Wharton’s father was of Grenadian descent, whereas his mother, Annie Florence Egyriba, was a member of the Fante Ghanaian royalty. But it was on another continent entirely where Wharton wrote his name into the history books. It was in England where Wharton became the first black professional footballer.

In 1882, Wharton emigrated to England, with the aim of training as a Methodist missionary. However, the urge to fulfill his sporting dreams led him to abandon his spiritual duties to try and make it as a professional athlete. His superb sprinting abilities were first evident in 1886, when he equalled the amateur world record of ten seconds for the 100 yard sprint in the Amateur Athletic Association Championships. Aside from athletics, Wharton was also a talented cyclist and cricketer who played for local teams in Yorkshire and Lancashire.

Wharton is best remembered for his football career as an agile goalkeeper. However, he could also play as a dynamic right winger, where he could re-ignite his athletic prowess with his blistering pace.

Although he wasn’t the first black footballer in Britain, Wharton was the first black professional. His big break came as an amateur at Darlington, where an impressive performance against Preston North End convinced the Lancashire club to sign him. The highlight of his Preston career was reaching the FA Cup semi final in 1886-1887. Wharton’s passion for athletics re-emerged in 1888, when he left Preston to focus on his running.

Nevertheless, Wharton’s love for football didn’t fade and he returned to play professionally for Rotherham Town in 1889. Five years later, while at Sheffield United, he made footballing history when he became the first black professional to play in the Football League. Short spells at Stockport County, Stalybridge Rovers and Ashton North End followed as Wharton’s stuttering career drew to a close. Wharton eventually retired in 1902, having developed a drinking problem that restricted his desire and ability to continue playing football at a high level. Wharton lived out his life until he passed away aged 65 in 1930, leaving a historic legacy behind him.

Fortunately, Wharton’s life and influence lives on. In 2003, he was inducted into the English Football Hall of Fame and had his story presented in the National Football Museum. In October 2014, campaigns for an Arthur Wharton statue were approved. This now stands at St George’s Park National Football Centre in Burton-upon-Trent.

Wharton was never capped at international level and never won a major honour, but this takes nothing away from his achievements. Overcoming the social and racial boundaries to become the world’s first black professional footballer is more of an honour than any trophy. In a society where opportunities were limited for ethnic minorities, Wharton set an example and will forever be remembered for his accomplishments. 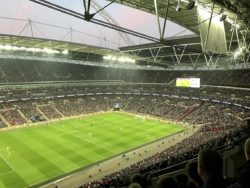