Recent figures obtained by the Guardian show that the number of students seeking counselling services at university has increased by 50% within the last five years.

University counselling services are subsequently faced with an increasing pressure as demand for the service grows.

The Guardian reported that some counselling services are under-resourced as well as students arriving with existing mental health conditions being a factor for increased demand.

Experts in the sector have said that a part of the increased demand also comes down to the willingness of young people to ask for help and universities becoming more proactive in reach out to their students.

The figures, from 37 institutions obtained through a Freedom of Information (FOI) request, indicate that in some universities young men are increasingly using the services provided. Suicide is the biggest cause of death in men under 45.

The 50% increase in the number of students utilising university counselling services is based on figures comparing the services in the academic year 2010-11 to that of 2014-15.

The figures, from 37 institutions obtained through a Freedom of Information (FOI) request, indicate that in some universities young men are increasingly using the services provided.

Within this sample, the counselling services have seen the number of students using their service go from just under 25,000 to more than 37,000.

The Nightline Association, which offers counselling in 39 branches, saw an increase in calls last year, with the highest being 78% in Leicester.

At present, Warwick offers a counselling service. However, there are a range of other support services on offer to students. These include the Residential Life Team for those living on campus, personal tutors in academic departments, as well as Nightline which runs during the evenings and night.

Warwick Students’ Union (SU) also launched a campaign last year to encourage students that “It’s OK” not to be OK. Warwick SU’s Welfare Officer, Chloe Wynne, also has advice and resources for anyone in need.

Commenting on her experience with Warwick’s counselling service, second-year History student, Jamie Lee Jenkins said: “When I managed to get seen my experience was really helpful, however, it was really difficult to access and I often had to wait a month between appointments.

“The people are really helpful and friendly but the wait between appointments makes it really difficult to benefit from the counselling sessions.” 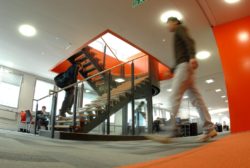