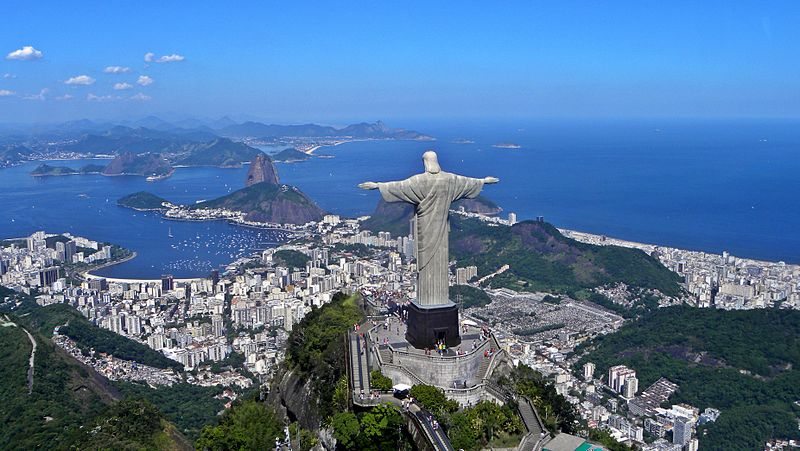 At the heart of the greatest show on earth

“I applied in January 2015 – I didn’t tell anyone as I didn’t think it would materialise.” Even when embarking on her bid to volunteer at Rio 2016, Emily Standen never believed that 19 months on she would be settled in Brazil preparing to welcome the world. Warwick students will be travelling to all sorts of far-flung places this summer, but playing a part in the Olympic Games might just top the lot.

The Hispanic Studies with Portuguese student is working as a Language Services Volunteer. “I’m basically facilitating the teams and their entourage during their stay here”, Standen explains. “This may entail translating between athletes and the media, medics, or doping people. I’m excited as I will be in the thick of the action, but a little concerned that my language skills aren’t good enough – I’m sure I will learn quickly though!”

By volunteering, I thought that I could mix my love of languages and sport and maybe even meet a few athletes!

Standen’s road to Rio began even before she applied as a fresher. Like so many of us, she was swept up in the feel-good atmosphere of London 2012 – laying the foundations for her involvement this summer: “I remember going to the London games and seeing all the volunteers and thinking that it would be a fun job as they all looked so happy! I knew that summer 2016 was the start of my year abroad and, as I study Spanish and Portuguese, I thought it would be nice to combine the two. I play a lot of Lacrosse and am extremely passionate about sport in general. By volunteering, I thought that I could mix my love of languages and sport and maybe even meet a few athletes!”

Everything seemed to point to a role in Rio, yet the application process posed a significant obstacle. “I remember initially having to do an interactive test where I was presented with situations that I could face as a volunteer and how I would deal with them”, says Standen. After impressing in the test, the next stage was an interview – but one very different to what most of us are used to.

“It was essentially a chat room interview with people from all over the world”, Standen explains. “We were asked a few icebreaker questions, followed by a group task online. I passed that stage and was put into the language services sector. I had to do an online language test for Spanish which I passed, and I then had to do another interview within the languages sector. I was finally given a role in February this year.”

Due to the disorganisation of the Rio committee, many people who still haven’t been given roles have had to pull out as they can’t provide enough notice to get time off work. 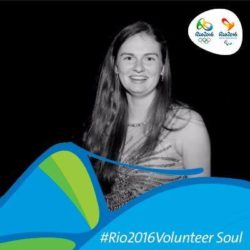 With her place at the games secured, Standen was ready to plan her month in Brazil. But another barrier stood in her way: the chaos that has blighted this Olympics from day one. “It wasn’t until early June that I was given a schedule of my days”, she says. “Initially many more people had applied than were needed. However, due to the disorganisation of the Rio committee, many people who still haven’t been given roles have had to pull out as they can’t provide enough notice to get time off work. I don’t think they have enough volunteers – my schedule is full almost every day, as I think the language volunteers are in short supply.” Standen is a prime example of the vital role of volunteers to the smooth running of the games.

These problems have meant that reports beamed back to the UK have rarely been positive. Whether its disease, doping or disorganisation, it seems as if only no news is good news. Standen has been in Rio for 10 days now, so what do Brazilians think of their country hosting the world’s biggest sporting festival? “All the locals are very against the Olympics”, she explains. “My host told me it has been an inconvenience to his work, as he is a trucker and so many routes are closed as they prepare for the Olympics. They are experiencing such an economic downturn over here; poverty is rife and many think the money should have been spent helping that.” The protests that greeted the arrival of the Olympic torch in Rio earlier this week illustrated this discontent.

“However, the positivity of the volunteers seems the same as in London”, Standen quickly adds. “They are a forever happy bunch!”. On this evidence, the vibrancy of volunteers appears even more crucial to the games’ success than four years ago. Bringing joy to an event enveloped in negativity will be tough, but every single ‘Games Maker’ from London 2012 will tell you that happiness is the only response to such a unique opportunity. For Standen, this has already provided her with one particular experience she will cherish forever.

We have to keep it all a surprise so that we don’t ruin it for the rest of the world.

“One night we were allowed to apply for free tickets to a rehearsal of the opening ceremony, which was amazing”, she explains. “I was one of the lucky few chosen to be a pretend athlete in the athletes’ parade as well, so that was incredible! Walking around the Maracanã pretending to be an athlete from Japan, Kenya, Trinidad and Tobago and then Brazil – it was amazing! We have to keep it all a surprise though so that we don’t ruin it for the rest of the world.”

Countless more lifelong memories will be created over the next three weeks. “I finish my shifts on 21 August but don’t fly back until the 26th, so I have a few more days to explore Rio. My flatmate is also staying so it’s nice to have someone to go sightseeing with.” When Standen returns to the UK, she’ll do so in the knowledge that she’s achieved something extraordinary. Attending the Olympics is unforgettable, but actually contributing to the games? That’s a whole new level.