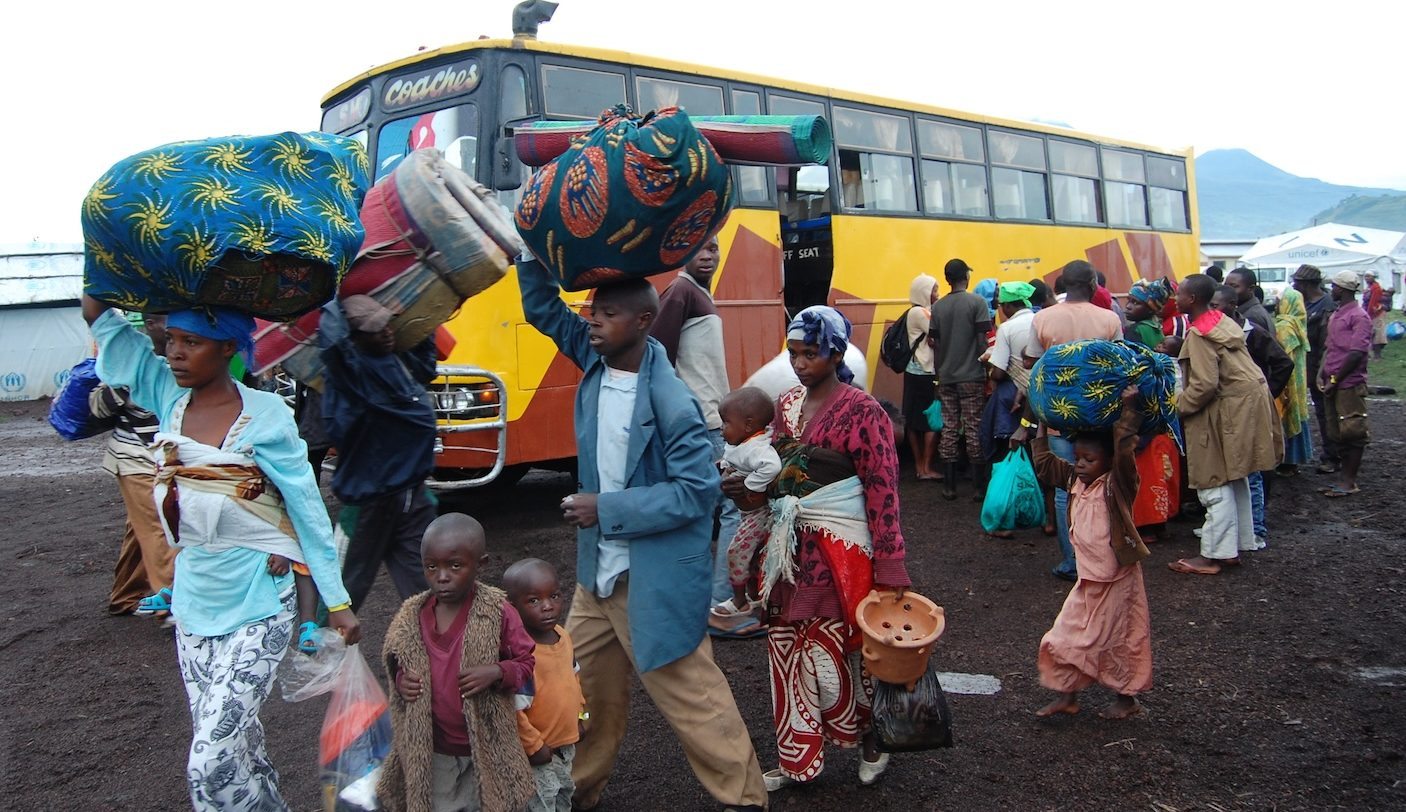 Rachel Partington interview: “At some point you’ll find yourself a stranger in a strange land”

A student at Bristol Old Vic theatre school, Partington has written a play about the experiences of an Eritrean refugee she met in the infamous ‘Calais Jungle’. In Still Here, soon to be performed at the Edinburgh Fringe festival, she’s recreated their conversation in the migrant encampment and assumed her role as questioner onstage once more. Imagine my trepidation at this intimidating prospect. How do you interview an interviewer?

If Partington notices my nervousness, she doesn’t mention it. She is bright, friendly, and eager to talk about the trip that birthed her new play. “I just felt really strongly that I didn’t want to just hear about it and not actually go and see what was really happening,” she says. “I was kind of fed up of hearing about it in a detached way.”

With a group of four others from her church in Bristol, Partington made her way to the French migrant camp in December 2015. While there, they congregated with a group of refugees at a church they had erected. Nearby, a mosque and school were also built: centres of a diverse community of migrants that has emerged in Calais.

People we met made tea and gave up their seats for us. They were so joyful, even though they’d been through really awful things

I ask Partington what struck her most about life in the encampment. “I think it was the juxtaposition of the conditions people were living in with their joy and their spirit,” she says. “People we met made tea and gave up their seats for us. They were so joyful, even though they’d been through really awful things, and that was a huge eye-opener.” The experience, though brief, made a profound impact on her.

Though in vastly different circumstances, both Partington and the unnamed protagonist of Still Here were able to connect through their shared faith. “There’s a verse in the bible about not forgetting to welcome foreigners,” she says, attempting to recall the passage. She paraphrases Exodus 2:22 to me. “‘At some point you’ll find yourself a stranger in a strange land.’ Those words really speak to me in my own personal faith. Jesus spent time with the people who were marginalised by society… the people that were discarded.” It was here that she conducted a thirteen-minute interview with her new acquaintance, in which he asked her to share his story with the world.

‘At some point you’ll find yourself a stranger in a strange land.’ Those words really speak to me in my own personal faith

The subject of Partington’s play (portrayed onstage by fellow Bristol Old Vic theatre student Afolabi Ali) is one of the 400,000 people who have fled Eritrea in recent years, many of whom are unaccompanied minors. Some, like the protagonist of Still Here, flee from the religious persecution that plagues both Christians and Muslims in the country. Others seek refuge from the secretive government’s policy of forced conscription, or the ubiquitous threat of rape for female conscripts.

Whatever their motivation, it is enough to make approximately 5,000 people a month traverse the world’s deadliest migrant trail across the Sahara Desert. Eritrean refugees made up the majority of the nearly 3,000 people who drowned in the Mediterranean Sea in 2015, all of whom were attempting to reach a better life in Europe. Despite the clear dangers faced by Eritreans, the Home Office has dramatically lowered the number of Eritrean refugees it is accepting into the country- just 34% of Eritrean applicants for asylum were accepted in the second quarter of 2015, compared to 73% in the previous quarter.

With Home Secretary Theresa May as the frontrunner of the Conservative leadership race, and the Brexit vote potentially restricting freedom of movement, the fate of those seeking asylum in the UK in the future seems unclear. When I ask her about Brexit, Partington is firm in her view of Britain’s moral responsibility to refugees. “I think the younger generation are a lot more open and understanding.” She corrects herself, in a diplomatic way. “And that’s obviously a generalisation, I’m sure there are a lot of older people who are like that as well, but I think we will have to be the ones leading the charge.”

Partington and her group had intended to return to the camp in February of this year, but tragedy struck. Six weeks after their initial visit, the church, mosque and school that had been built in the encampment were destroyed by French authorities, despite them having previously agreed to let the religious buildings stand. Partington was distraught at the news. “I just felt absolutely broken for them, I couldn’t stop crying.”

French authorities carry out evictions in the Jungle camp in March of this year. Image: Amirah Breen / Wikimedia Commons

It was this that made her determined to share the experiences of the refugees. “I may never be able to meet those people again, but I will keep the promise I made that day and tell the stories that we were told.” Partington’s company, Theatre For Justice, is centred around social activism. Through it, she wants to create “a network of people in the arts who are passionate about seeing social justice.” Since February, the creatives have been working tirelessly to adapt Still Here for the Edinburgh Fringe, which Partington hopes will “give the piece longevity.”

Still Here will be performed in a new venue, the Tent, on the south lawn of St. Mary’s Cathedral. The symbolism is not lost on Partington. “It’s quite poignant that it’s in the shadow of a really huge cathedral,” she says, “and the piece is about this man’s faith… We wanted to set it in a tent because we wanted it to feel quite close to home for the audience, and we wanted them to feel quite connected to the place and the story.”

I may never be able to meet those people again, but I will keep the promise I made that day and tell the stories that we were told

The play has attracted attention from the Church of England, who helped fund the production. Partington is grateful for their continued support. “I feel really blessed,” she tells me, “because I feel it’s fallen into place fairly easily compared to how it could have been, and a lot of people have been on board with the message.” Nevertheless, the organisation of a new production is no small feat, and I feel slightly guilty for keeping her so long.

Partington has no means of contacting the subject of Still Here. His fate remains unknown to her. Finally, I ask her what she would say to him if she could speak to him now. Her response, as ever, is thoughtful. “I’d just want to echo that… that he’s not alone.”