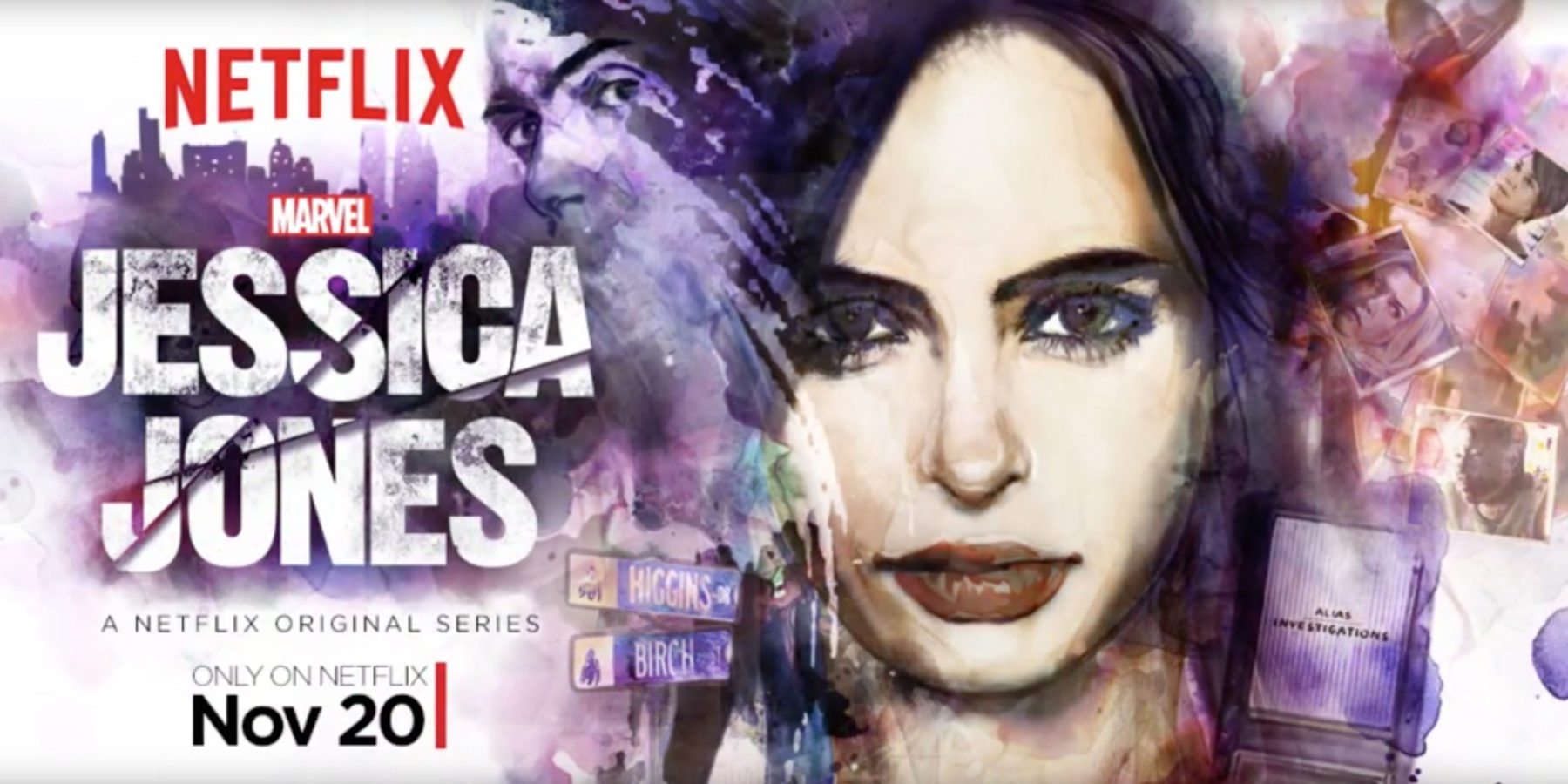 This week Jessica Jones slows down enough to let its characters deal with their damaged relationships, and centres itself around the search for forgiveness. None of the characters have a wholly black and white morality, but some feel guiltier about blurring ethical boundaries than others.

Robyn takes a big step forward this week by forgiving Malcolm for hiding Ruben’s body, one of the few successful moments of absolution in the series. Robyn’s clearly developing a crush on Malcolm in her vulnerable state, but her kind words are more than just the symptoms of an infatuation – she’s also asking Ruben for that same forgiveness. When she tells Malcolm to pardon those that matter the most, Robyn is also referring to the way she treated her brother before he died. Something tells me that Ruben would accept her apology.

Whether this is possible for the other characters is less clear. Luke initially seems to recognise Jessica is not at fault for Reva’s death, but knows that she needs to hear him forgive her in order to assuage her conscience. Yet we learn later that his kind words were scripted by Kilgrave, and Luke spits out bitter curses towards her which are no doubt the product of Kilgrave’s brain again. So what does he believe? The truth probably lies somewhere in the middle, though I suspect his experience of Kilgrave’s powers means that Luke’s rational brain knows she is innocent, even if the emotional weight of her participation will never go away.

In AKA Take A Bloody Number, Reva Connors is revealed to be the most important character of the series. For Luke, she gave him a happy life, and her demise plunged him into grief. For Jessica, her death is her greatest source of guilt, but as we learn this week, it’s also what frees her from the control of Kilgrave. I’m not sure how consistent this particular development is with the other victims of Kilgrave we’ve seen – perhaps some of them are also free of his powers due to the unspeakable acts he has made them commit, but they’ve never been useful enough for him to return to test this.

I hope that Reva’s discoveries regarding IGH are explored and properly credited next season, lest she become another black female character who dies for plot, subordinated to the needs of the narrative.

Still, what’s clear is that Reva, in life and death, has altered the events of the entire Jessica Jones series. She’s endlessly fascinating, though reduced to a voiceless catalyst of her husband’s and Jessica’s characters. I hope that Reva’s discoveries regarding IGH are explored and properly credited next season, lest she become another black female character who dies for plot, subordinated to the needs of the narrative.

Speaking of IGH, this episode expanded on the shadowy organisation that funds Dr. Kozlov. The sinister doctor is clearly more than he seems, having removed the bodies from Trish’s apartment and potentially rescued a wounded Simpson. Trish’s mother provides new details of IGH’s influence – they appear to be the company that funded Jessica’s rehabilitation post-car accident, and we can infer their influence in Luke and Kilgrave’s lives too. The writers of Jessica Jones are setting up their second season (or potentially the plot of The Defenders) very well, but as Jessica says, she can “only fight one big bad at a time”.

The writers of Jessica Jones are setting up their second season…very well, but as Jessica says, she can “only fight one big bad at a time”.

The focus on season two in this episode can feel a little heavy, especially after last week’s high octane slaughter-fest. The slower pace is necessary after the previous episode, but doesn’t build tension towards the climax as well as it should. Kilgrave’s blender trick to motivate his father is suitably horrifying; yet the scene where Jessica chases down a Kilgraved victim, only for him to commit suicide by falling on a pair of gardening shears, is gory but ineffective.

The final fight between Luke and Jessica also lacks tension – though he has been shot at point blank range, his impenetrable skin prevents a bullet from killing him. The force of the impact will have done some serious damage, and he’s not going to be allying with Jessica in a final showdown with Kilgrave, but it’s hard to worry about Luke’s fate when we know he has his own Marvel series in the works.

What the brawl does illustrate are the stakes for the final episode. Kilgrave’s idea of desire is based firmly around power, and his manipulation of Luke, who he sees as a sexual rival, acts as a violation-by-proxy of Jessica once again. Jessica’s final words to Luke before she shoots him (“Please stop”) are eerily reminiscent of a rape, and Luke’s acceptance of his fate distinguishes him from the violent and desperate man who is manipulating him.

But importantly, the episode’s culmination shows Kilgrave finally abandoning his plan to seduce Jessica back to his side, whether out of jealousy, frustration, or whatever twisted reason he has finally broken. Now he means business. His new desire for vengeance coupled with amplified powers make this new iteration of Kilgrave the most dangerous yet – and Jessica is running out of options.