Skins followed the lives of various groups of British teenagers as they grew up – it’s natural then, of course, that the show depicted various characters with mental illnesses.

Effy Stonem in particular portrayed a worrying stereotype of mental illness. As a slim, white female, she conforms to all too typical tropes of mental illness. While girls who look exactly like Effy do suffer from mental illnesses, there are also vast majorities of people that suffer who do not resemble her in any way.

Whether this be men, people from other ethnicities, or people older than their teens, mental health affects everyone. Effy’s character perpetrates the stereotype that leads to increasing stigma in society: that illnesses like depression only affect slim, pretty, white girls.

Effy’s story-lines glamourise mental health problems as something that will make you increasingly desirable to boys who want to ‘fix’ you.

Effy is one of the most popular Skins characters, portrayed as beautiful and complicated. If anything though, her story-lines glamourise mental health problems as something that will make you increasingly desirable to boys who want to ‘fix’ you. Her depiction of mental health, although at times gritty and bordering on realistic, is mostly based around a fantastical perception in which mental problems make you increasingly attractive and interesting. 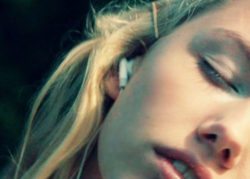 By glamourising these problems, TV shows trivialise all those who actually suffer from these illnesses.

Representation, particularly with issues like mental health where there is such prevalent stigma, is crucial in TV shows and popular culture in general. If people are led by shows like Skins to believe that mental health problems only affect people of a certain gender or ethnicity, like Cassie and Effy, there is no way to breakdown stereotypes and misunderstanding. By glamourising these problems, TV shows trivialise all those who actually suffer from these illnesses.