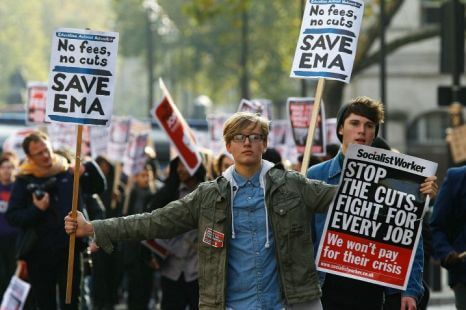 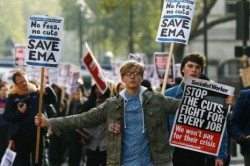 Last term, the higher education green paper (a set of proposed Government reforms) was released. It detailed the worrying direction higher education is being steered towards: full marketization, potentially uncapped fees, the casualization and outsourcing of staff, and the erosion of working conditions and pay. Alongside this assault, the Government rammed through a measure abolishing maintenance grants early this year.

Maintenance grants are state-funded bursaries received by the million poorest students to enable university study. Grants have been key to ensuring that education remains a right, not a privilege; if your family is without the financial means to support you at university, the grants ensure you’re able to take up your place, giving you a lump sum to live off each term that you do not have to repay. They are a lifeline for many, given that living costs are often the biggest barrier to study for people from the most disadvantaged backgrounds.

On Jan. 14, we caught a glimpse of the lengths to which the Conservative Government will go to enact its vision of private higher education. Maintenance grants were axed, initially without even a parliamentary debate, and instead voted through undemocratically by a back room committee. The decision was voted on by only 18 MPs with a result of 10 ‘yes’ to 8 ‘no’. Despite Labour forcing an Opposition Day debate on the issue while the National Campaign Against Fees and Cuts blocked Westminster Bridge outside, maintenance grants are scheduled to be abolished and replaced with loans from next academic year.

In defence of the move, Universities Minister, Mr Jo Johnson, suggested disadvantaged students will have a little more money in their pockets as a result of the change. While this is true – the loan amount will be a few hundred pounds more than the current maximum grant, much in the spirit of a payday loan – they will be repaying a lot more in the end. The result will be a situation in which those who can least afford it are being forced to pay more than their wealthier counterparts – a change most can recognise as regressive.

Scrapping grants is an attack on those with the least resources, increasing the burden of personal debt on the most marginalised – even the Government’s own advisor on social mobility has warned against it.

The Institute for Fiscal Studies highlight how unlikely it is that the change will make any long term savings for public finances. Many strongly suspect there is a tactical accounting dimension to the move given that grants count towards current national borrowing. The Tories can remove the figure from their books by turning grants into loans so that it looks like they are borrowing less, whilst it has little long-term effect. One might call it ‘creative accounting’. The IFS states that “the national accounts…will fall by…£2 billion per year”. But it adds that, in “the long run, savings will be much less”.

The rationale offered for these reforms is a neoliberal one: university is recast as the producer of a “pipeline of graduates” (to quote our Universities Minister) able to compete within the labour market, a far cry from a public institution founded to serve public good and the furtherance of human knowledge.

I started my undergraduate Masters in chemistry at Warwick in 2008, paying 3K a year in tuition and receiving a partial maintenance grant. I recall the 9K tuition-fee trebling horror of 2010. I imagined myself a few years younger and the difficult decision I would have to make – whether I could afford to take up my place at university, whether it was worth a lifetime of debt to study what I loved for a short time. I remember the grim acceptance that I probably would not have taken on that burden. The fee hike sparked widespread outrage and the establishment of the anti-austerity student movement and the campus protests organised by the group ‘Warwick Against the Cuts’ (the forerunner to Warwick For Free Education).

At this time, the new regime was made more palatable to some as it was accompanied by a promise from the Tories that maintenance grants for the poorest would be preserved. David Cameron gave a speech at Southampton University where he said society “must always” help poorer students to go to university. He continued on: bursaries should not only be kept, but expanded. The Tories have U-turned on this promise and are perhaps hoping the student population is now too young to remember that they ever made it.

On Feb. 4, Warwick for Free Education disrupted the University’s corporate finance office with a noise demo and sit-in, forcing the new Vice-Chancellor Stuart Croft to meet. This move secured significant victories – Croft pledged to initiate consultation and dialogue on a number of the demands, chiefly on publically opposing the scrapping of maintenance grants.

Continuing to apply pressure through direct means in conjunction with the channels now established with Croft, Warwick for Free Education have called a demonstration on the Feb. 26, 12:30PM at the Koan. The demo demands Warwick University use its considerable leverage to condemn the abolition of maintenance grants. Under the umbrella of this abolition, which is just one way in which higher education reforms will target the most vulnerable in society, they also call on the University to oppose the more subtle forms of marginalization at work in the Government’s vision and rectify its own past actions. Thus, we are demanding:

1) That University management publicly oppose the cuts to maintenance grants, and lobby the Russell Group to do the same, and pressure the Government into reversing these cuts.

2) That the University undertakes minimum compliance with the Government’s Prevent agenda, support University College Union’s boycott call, and implement full transparency with respect to all interactions with Prevent.

3) That University management lift the £12,000 High Court injunction, which is an authoritarian impingement upon the right to protest.

4) That University management lobby and advocate (individually and through the Russell Group) for universities to remain under Freedom of Information Act, and advocate for the Act’s extension to private universities.

It is vital the Warwick community attend this demo to show the University that people will not be silent in the face of these sweeping assaults on higher education, and to get Warwick to truly act as our collective voice. We will not accept the University’s complicity in this Conservative attack on education, and we denounce its past attempts to render itself impervious to scrutiny and dissent.

Join Warwick For Free Education’s demo this friday at 12:30PM at the Koan. You can see the Facebook event here.

Gallery image with caption: Male eating disorders: How can we raise awareness?

Gallery image with caption: You clap for me now: How should the UK reconsider attitudes towards migrant workers?

Gallery image with caption: Should student-staff relationships be allowed at universities? 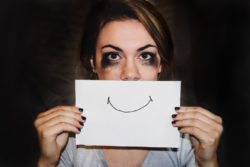 Gallery image with caption: Why should we celebrate Mental Health Awareness Month?