In memory of Harper Lee

[dropcap]“R[/dropcap]eal courage is when you know you’re licked before you begin, but you begin anyway and see it through no matter what.” – Harper Lee

Harper Lee, who sadly passed away this week, was one of the greatest writers of her time. Her acclaimed novel, To Kill a Mockingbird, is a cornerstone of twentieth century American literature. Selling over 30 million copies worldwide, the story of one summer told from the perspective of Scout Finch became an overnight modern classic. 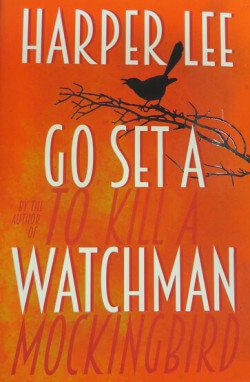 Yet, it was this fame which Lee couldn’t cope with. Suddenly she was a household name, her hometown became a real-life Maycomb with restaurants, a museum and thousands of tourists flocking to the gift shops for Mockingbird merchandise.

In response, Lee became a recluse. She became a sort of Boo Radley in her own right – hiding from the world and expected the same in response. But perhaps it was just this enigma surrounding the author that added to the charm of Mockingbird. When it was announced last February that Lee was to publish a sequel, o Set a Watchman, fans couldn’t believe their luck.

I don’t doubt that To Kill a Mockingbird will continue to touch the hearts and minds of millions of people across the world even after the death of the author. The story of Atticus Finch’s defence of a black man accused of rape told through the eyes of his daughter Scout is one which stretches far beyond the limits of a small town in the Deep South. It is a tale of unashamed prejudice, hate and spite – but also of hope in the face of adversity and love that knows no bounds.

It touched my heart when I first read it, and has done the same on every re-reading ever since. Harper Lee is a treasure of our time, and her groundbreaking novel will continue to be passed down as one of the greatest ever written.

Debating the value of a sequel

Books to beat the exam blues