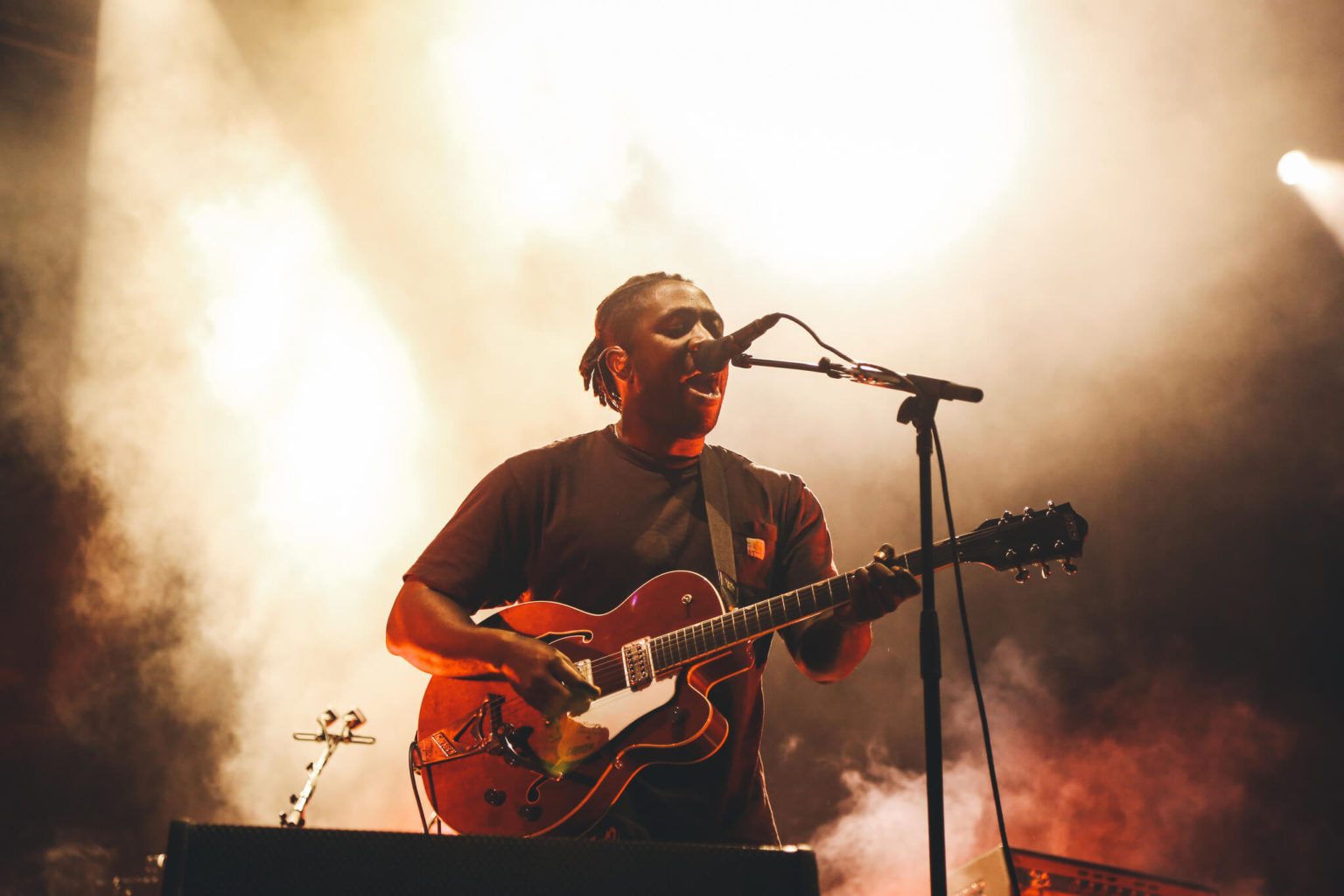 As a long time Bloc Party fan who hasn’t seen the band play live for three years, this show made me surprisingly nervous.

The band has had a tumultuous history: finding success in their first two albums Silent Alarm and A Weekend In The City, then breaking up after their third and somewhat divisive (in more ways than one) album Intimacy, getting back together for the heavier, back-to-basics album Four and the Nextwave Sessions EP, breaking up again, and now they’re back – with a new album, a new sound, and two new members in tow. And I hated it. Hymns was a far cry from the Bloc Party I loved; swapping intricate instrumentals for cheap-sounding synths, slow, boring drums, and simple guitar riffs, all in service of the front-man – the band feels suspiciously more like “The Kele Party” than Bloc Party nowadays. So, naturally, I was a little nervous to see if this translated to their live performance. Thankfully, I wasn’t entirely let down, but by the end of the night it was clear that the band is quite different from the one I saw in 2013.

This being the NME Awards tour, I wasn’t too surprised to see a crowd full of teenage schoolboys, but at least everyone seemed like they were having fun – the O2 Academy in Birmingham was pretty full by the time we arrived (too late for Ratboy and Bugzy Malone unfortunately), and people were ready to lose their damn minds for Drenge. Which they did. I’d never listened to Drenge, and while I’d only heard good things about their albums and how they sounded live, this was pretty unexpected for me. I was blown away – the three-piece made far more noise than I expected, and whipped the crowd up into a frenzy by the end of their 40 minute set. They may have been billed as the main support, but the intensity they brought to the venue threatened to upstage Bloc Party themselves.

The set started slowly, with a track from Hymns which was a bit too relaxing for a crowd that just came off Drenge’s startling madness. Thankfully, things seemed back to normal when the band launched into a rendition of ‘Mercury’ – admittedly one of their weirder singles, but a welcome return to the familiar anyway. It was hard not to notice the crowd’s excitement dampen when ‘Virtue’ (another Hymns track) started, before the rush again once ‘Song For Clay’ started. This became an obvious pattern throughout; excitement and energy for the older material, and a weird, mellow confusion washing over the crowd as the more peaceful and, ultimately, boring tracks from Hymns popped up again.

Considering this was the last show of their tour, the band seemed tired, and Kele even admitted they were battling a hangover. The sad thing is, this seemed a little evident in the overall performance – newcomer Louise Bartle looked like she was concentrating pretty hard for the faster back catalogue tracks. The lead guitarist Russel Lissack was characteristically still, but it really seemed like Kele was the only member with any energy left. However, they showed that they could still bring it live. Hearing all the hits live was thrilling for a fan like me: ‘Hunting For Witches’, ‘Positive Tension’, ‘Banquet’, ‘Octopus’, and ‘Helicopter’ were breathtaking, with the crowds excitement reaching an apex with the closer of the first encore, ‘Ratchet’.

I almost feel bad for saying it, but it feels like Bloc Party need to find some kind of compromise between their old sound and the new peace and dance orientated direction Kele seems to be pushing them in. The excitement of their previous four albums has been replaced with something complacent and bland, and it makes me miss the Bloc Party of albums past when I would be excited to see what they try next. While they’re still an exciting band to see live, and the set in Birmingham was by no means bad, there’s still a bit of work to do.