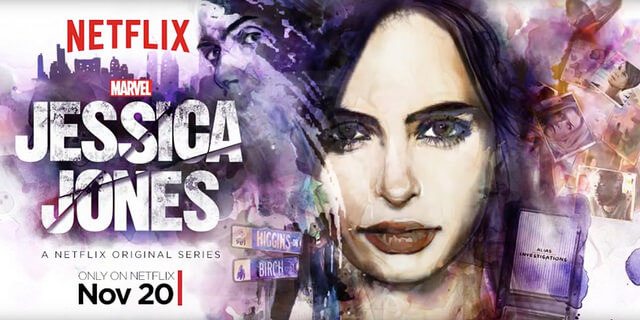 [dropcap]W[/dropcap]elcome back to week four of the Jessica Jones series blog! Settle down, there’s a ton to talk about. 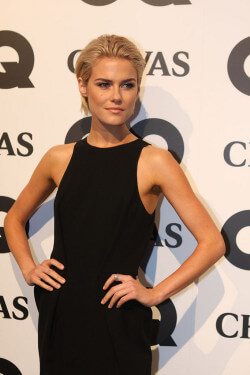 The episode doesn’t shy away from exploring the traumatic after effects of Trish’s (Rachael Taylor) attack. Image: Flickr / Eva Rinaldi.

Jessica Jones always takes care to document the various ways in which a traumatic event can shatter the normality of a person’s life, and the trauma of the previous episode’s attack on Trish by Will Simpson is thankfully not neglected, for either party. Perhaps surprisingly, Trish bears the physical and emotional scars of her near suffocation more easily than Simpson, who cannot reconcile the assault with his life before Kilgrave. He’s clearly not the “god damn monster” he considers himself to be, but neither can he occupy the role of hero that he clings to so desperately.

Like all things in Jessica Jones, it’s more complicated than that. For all his talk of G.I. Joes and rescuing his sister’s Barbies, Simpson fails to understand the potentially triggering effect that turning up outside Trish’s apartment could have had on her, even if the situation was ultimately resolved well. It’s an interesting moral balance to strike, and I’ll be watching Simpson very closely in future episodes.

It’s perhaps clichéd to mention this, but New York is a city defined by its trauma; for the last fifteen years, it has been known as the site of a singularly notorious act of violence. Alias, the comic book series in which Jessica Jones first appeared, began just two months after the 9/11 attacks, the spectre of which are still viscerally present in the city’s geography and culture.

Setting Jessica Jones in New York is to set it amidst an open wound, a grief from which the city has failed to recover, and perhaps never fully can.

What becomes clear throughout AKA 99 Friends is that Jessica is a small part of a city of the traumatised.

The Kilgrave victims’ group that Jessica and Hogarth indirectly create this week is invaluable but, importantly, not prescriptive, and it’s to the writers’ credit that although Jessica violently rejects talking about Kilgrave’s abuse with others, she isn’t condemned for it. Yet at the same time, the importance of such a group to its members, such as the man whose family life was decimated by Kilgrave’s abandonment of his son, is undeniable. In the end, Jessica’s doctrine- “You take your pain and you live with it, assholes”- is as valid a choice as the other victims’ in this series.

Simpson and Jessica are both castigated for their apparent paranoia, but are ultimately vindicated by the episode’s close. Jessica’s hypervigilance intensifies this week, as she suffers with the knowledge of Kilgrave’s continued observation of her.

Not only is his presence in her life a constant violation, but his powers aren’t even something that she can adequately explain to those around her, particularly the unsympathetic Jeri Hogarth. We open and close the episode with Jessica alone in the crowd, unable until the very last scene to discern the source of the surveillance- her seemingly harmless neighbour, Malcolm, whom Jessica condemned Simpson for attacking earlier. 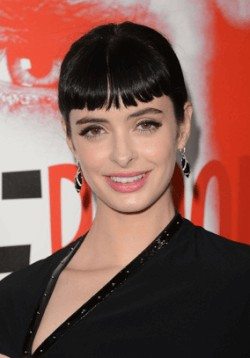 Jessica (Krysten Ritter) takes on a case that threatens to derail the episode. Image: Flickr / kyleluker

The revelation that Malcolm has been tailing Jessica means the overall plot of the episode is saved. For all its complex characterisation, the driving action of the series has so far been somewhat lacking. The plot with Audrey Eastman’s attempted murder of Jessica feels unsatisfying on the immediate level, though perhaps purposefully so.

The more I consider the events of the episode, the more I feel like Audrey Eastman (Jessica Hecht) acted as a deliberately frustrating red herring, allowing us to empathise with Jessica as she attempts to navigate the myriad possible sources of Kilgrave’s surveillance. Nevertheless, it feels incoherent, and would have failed if Malcolm had not been exposed almost immediately afterwards.

What the episode’s title ultimately points to is, in fact, a lie made up by Jessica. Yet the illusory nature of Jessica’s threat to Audrey is just as potent as the shapeless, indeterminate menace Kilgrave represents to her.

Jessica Jones continues to serve up fascinating characters (I’m missing Luke already, by the way), but Kilgrave needs to become a more substantial part of the plot from here forward. Getting the plot right, as obvious as it sounds, will be the main test for the series in the coming episodes.