I was abused and the care system failed me

[dropcap]B[/dropcap]eing an editor is sometimes somewhat delicate. I edit and publish pieces for comment, but sometimes I simply can’t agree with them. Often, I’ll just leave it at that; however, this time I found that I couldn’t. I read and edited Rachel Knight’s online piece about our care system, and whilst it is a good article, it kept on bugging me. Sometimes, I think it’s better to speak up.

I am a product of the care system. From the ages of 1 to 16, my life was tied up with social workers, judges and other cogs and bolts in the long and tedious adoption process. I have no way of knowing if Rachel has also been involved in that care process, and nor would I ever ask – that would be rude in the extreme.

But I know that the picture she highlighted, the positive and slightly optimistic image that she posited, was one that I never experienced. My own care process was followed by ineptitudes so great and decision making so poor that I still bear the scars today, physically and mentally.

My own care process was followed by ineptitudes so great and decision making so poor that I still bear the scars today, physically and mentally.

I won’t go into details; I have a tendency towards melodramatic and dark humour, but even I would hesitate to highlight personal details of abuse in such a public manner. Needless to say, things in my early life were bad for me and my brother. Very bad indeed.

My adoption and court processes were incredibly slow. It took so long that when it actually came round, it wasn’t even that momentous. I’d been living with my current parents for years anyway, it’s just that suddenly I had a certificate that legitimised my current living situation.

I have a tendency towards melodramatic and dark humour, but even I would hesitate to highlight personal details of abuse in such a public manner.

The indeterminable process was very, very stressful for my adoptive parents, my brother and me. Fairly early on, we were warned that our mother may turn up at court and object to our adoption. That was something that frankly terrified us for years. I still have vague nightmares about it. My father died when I was 15 under apparently suspicious circumstances – there was no support for this, and even less information. I’m still not sure how it happened.

The worst part was the ineptitude of social workers, and the massive lack of consistency we had with social services. We had more social workers than I count – more than ten. That may not even seem to be that many, but consistency is very important for two young children taken from their mother, shunted from care home to care home, fostered and then eventually adopted. It’s as if the care services didn’t know how to deal with children.

I went through hell, and I have every right to say that sometimes, things are just shit.

I cannot emphasise how damaged we were by decisions the social services made, often too late. The circumstances under which we were taken from my mother could have been easily predicted. It was almost an inevitability, frankly. I suppose in a certain way this could make my opinion less valid than Rachel’s – I certainly have a large bias.

But I will always think that social services are completely inept, and I think the negative stories often featured in national newspapers are completely fair. As is often the case, negative stories and experiences shape people’s views of certain things far more than positive ones. In this case, I don’t care. I went through hell, and I have every right to say that sometimes, things are just shit. 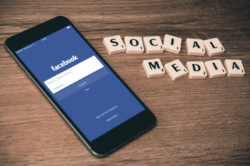 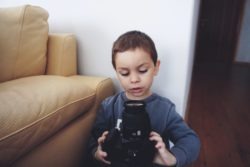