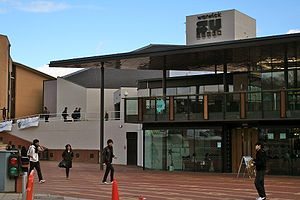 Chloe Wynne has been announced as the new Women’s Officer for the Students’ Union (SU) three days after the election had been deemed invalid.

This resulted in the organisation of an election for the new opening in Week 2.

However, the Elections Adjudication Panel met on Friday the 22nd of January and decided the elections had been unfair due to a mistake on the SU’s behalf. The reruns would take place in the following week.

Nevertheless, three days later, the SU has announced that Chloe Wynne, one of the candidates, has been voted in as the new women’s officer.

The SU website states that the election had been “delayed” due to “an SU administrative error that resulted in miscommunication to candidates”.

All candidates were told to “postpone putting up any posters” while the SU resolved a dispute with the University Estates.

Once the dispute was resolved, however, only Ms. Wynne was emailed to say that they could resume putting up posters, since only she had emailed to ask.

“I categorically did not receive any special exemptions nor did I break any guidelines regarding campaign methods.” – Chloe Wynne, new women’s officer

All four candidates for the position of women’s officer were approached for comment by the Boar in reaction to the situation.

Ms. Wynne stated: “The dispute concerning posters was resolved once it was confirmed that no candidates broke any guidelines regarding posters as a campaigning technique, including myself.

“As a democratic panel of impartial staff and officers from the Students’ Union ruled this morning, in light of new evidence, information and candidate accounts, the invalidation of the election result was overturned and I was the winning candidate with 58% of the vote.”

Following allegations that her posters were found around campus, she responded: “I categorically did not receive any special exemptions nor did I break any guidelines regarding campaign methods.”

Eleanor Sowden confirmed that she was not told she could put up posters but “would have liked the opportunity.”

She said: “I can understand their decision; they determined that posters would have very little impact, and I do understand the logic.

“However, I do wish I could have put posters up myself as I personally do look at posters for elections.”

Nevertheless, she also said: “I think Chloe is an exceedingly strong candidate and had a strong chance of winning. Whether it be fair or not, she is deserving, having sought the position for years.

“Because of this, I know she will dedicate herself to the job.”

The Elections Adjudication Panel met once again on the 25th to discuss the error but agreed that the impact of the SU’s error was “minimal” and could therefore be disregarded.

“I know she will dedicate herself to the job.” – Eleanor Snowden, fellow candidate

Democracy officer Olly Rice pointed out that “this fault could not have changed the outcome and a re-poll was unfair to everyone involved.”

However, he also stated that “the fault was the SU’s only (the result of human error) and we hold up our hands and apologise for this and will more than learn from our mistakes in the future”.

One of the candidates, Lily Pickard, agreed that a rerun was not feasible, yet stated: “it is however, a weird reaction to invalidate an election and admit you made a mistake, and then within a matter of days make the complete opposite decision.

“I’m sure Chloe will do a great job. However, it is a shame that this has caused such a problem overall: I’m sure for her too it would’ve been nice to win without any of these avoidable circumstances!”

On what she plans to do in her new position, Ms. Wynne stated that: “My first actions while in office will be to liaise with past officers to try and learn as much about the reactive side of the role, how best to go about enacting my pledges, and any general advice they have.

“I’ll be really keen to start working on International Women’s Week as soon as possible. I’m also planning on meeting up with the president and democracy and development officers this week to talk about diversity in the upcoming Sabbatical elections.”