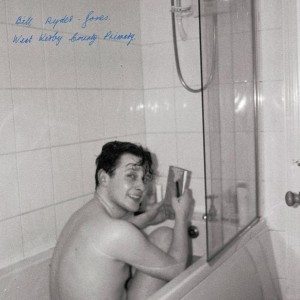 From co-founding the Coral in 1996 to composing If… (an imaginary film score for an Italo Calvino novel), Bill Ryder-Jones already commands a comprehensive musical base at the age of just 32. When the singer-songwriter decided to harness this experience and forge his own solo career in the critically acclaimed folk rock tinged A Bad Wind Blows in My Heart (2013), he engaged with his own past to create a beautiful seaside story. His aching vocal delivery of A Bad Wind…’s delicate lyrics was perfect, but the album’s soft swaying tone at times let songs blur into one another too much.

West Kirby County Primary improves on its predecessor by complimenting Ryder-Jones’ steady Mersey-beat melodies with bursts of a heavier, more distorted nature to amplify the album’s most strained peaks. Always an engaging storyteller, Ryder-Jones’ vocals now take on an added edge when let out of control. Aptly written in his childhood bedroom, West Kirby County Primary offers the quiet shelter needed to reflect on a lifetime of unrest.

‘Tell Me You Don’t Love Me Watching’ is a hesitant first track, teasing notions of Ryder-Jones’ social disconnection that unravel in ‘Two to Birkenhead’. Here, “two thimbles in need of a thread” attempt to revive their relationship through nostalgia, but ultimately fail to escape their problems. The song wails out of control, displaying a burst of the anxious energy that was missing from the Wirral musician’s otherwise brilliant first album.

Aptly written in his childhood bedroom, West Kirby County Primary offers Ryder-Jones the quiet shelter needed to reflect on a lifetime of unrest

‘Daniel’ marks the album’s darkest point, as Ryder-Jones struggles with the loss of a child, plus his resulting relationship break-up and mental illness. Despite the weighty subject matter of moments like this, Ryder-Jones’ subtle songwriting ensures West Kirby County Primary never feels self-important. The repeated uttering of the name “Daniel” leaves so much unsaid, and Ryder-Jones’ difficulty to link his struggle with a seemingly mundane pill that’ll “make it easy for you Bill” feel endearing rather than distancing.

Ryder-Jones continues to make use of his flair for the melancholy in the introspective ‘Satellites’, plus very effectively in ‘Put it Down Before You Break It’ – an ambling piece that encapsulates the numbness of his deep depression. But the rolling mood of West Kirby County Primary creates space for a wider spectrum of musical influences than Ryder-Jones has previously allowed himself to exhibit. For instance, his ear for a catchy guitar riff makes a standout track of ‘Catharine and Huskisson’, and the shifting textures of the Radiohead-esque ‘You Can’t Hide A Light With the Dark’ further underline the ex-Coral guitarist’s versatility.

It is humble album that will not give Bill Ryder-Jones the stardom of his jangle pop Coral years. But I don’t think he’d want that.

Bill Ryder-Jones’ continuously adjusting musical tone and tender vocals tie the album’s incredibly personal tale into a cohesive and confiding one. They masterfully reduce it to its strained core, before navigating through familiar-feeling melodies to calmer shores. As the LP reaches a contemplative end in ‘Seabirds’, Ryder-Jones allows himself a glimmer of hope, and ultimately seems in a healthier place.

West Kirby County Primary should be praised for its expression of deep internal dilemmas in an accessible form, and signifies Ryder-Jones’ developing strength as a very personable standalone artist. Although certainly catchy, it is humble album that will not give Bill Ryder-Jones the stardom of his jangle pop Coral years. But I don’t think he’d want that. 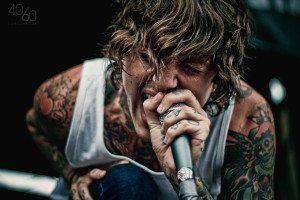 Gallery image with caption: Bring Me The Horizon – ‘That’s The Spirit’

Gallery image with caption: Yo La Tengo – ‘Stuff Like That There’