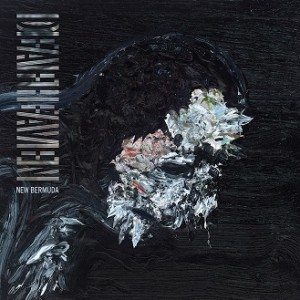 Arguably one of the most accessible within the broad spectrum of black metal, Deafheaven have always seemed at first glance to be a band who could easily fall into a kind of commercial void.

With their shoegaze influences leaving them too far removed from the “classic” archetypes of black metal to be accepted by genre purists, Deafheaven has often been referred to as a kind of faux black metal band, derogatively assigned the moniker of “hipster black metal”. But the metal community’s resistance to any attempts at genre experimentation serve only to make Deafheaven’s critical and indie success all the sweeter. This year saw Deafheaven move further away from the rest of the metal world, abandoning label Deathwish Inc. in favour of ANTI-: the label home to indie darlings Kate Bush and Nick Cave.

Despite this, New Bermuda feels stylistically closer to black metal as a whole than 2013’s Sunbather – their phenomenal sophomore effort. While Deafheaven’s signature instrumental interludes still remain scattered throughout the album, many of the riffs are far more gritty and punishing than their last effort, with the church-bell laced introduction of opening track ‘Brought to the Water’ soon giving way to grandiose instrumentation. The opening lyrics of this track almost feel designed for audience participation: vocalist George Clarke screams in synchrony with the aural assault that is guitarists Kerry McCoy and Shiv Mehra in a way which is sure to leave fans singing (or, more likely, screaming) with them. However, unlike comparable sections on Sunbather, the lyrics are somewhat lacklustre; perhaps unsurprising given the track’s theme of a loss of passion.

While every track has similar moments of truly phenomenal quality, the lack of more experimental interludes does tend to leave the record feeling homogenised

Fortunately, this somewhat middling opening does not represent the rest of the track, and the darker instrumentation leaves the band’s contrasting, shoegaze-style interludes to stand out even more than they did throughout Sunbather. However, this does prove somewhat to be the albums undoing: while every track has similar moments of truly phenomenal quality, the lack of more experimental interludes (in the same conceptual vein as ‘Please Remember’ from their last effort) does tend to leave the record feeling homogenised; the traffic report at the end of ‘Baby Blue’ notwithstanding. While it could be argued that this deepens the immersive nature of their music, New Bermuda is in fact a much more difficult record to lose yourself in than their earlier albums. This is possibly also due to the fact that Clarke’s vocals are at their most comprehensible of Deafheaven’s career, particularly on the track ‘Come Back’, which can be fully understood without the need for a lyric booklet.

Overall, Deafheaven have clearly realised that simply rehashing Sunbather was not feasible and as such have tried to experiment more with the core elements of their sound; creating a record that retains key features of their music, while differing enough from previous efforts to stand out in its own right.

While this is perhaps not the leap forward which some expected to follow their earlier successes, it is a certifiably great listen, even though it does not necessarily hold up to the near-perfection of Sunbather.

Mystery Jets – ‘Curve of the Earth’