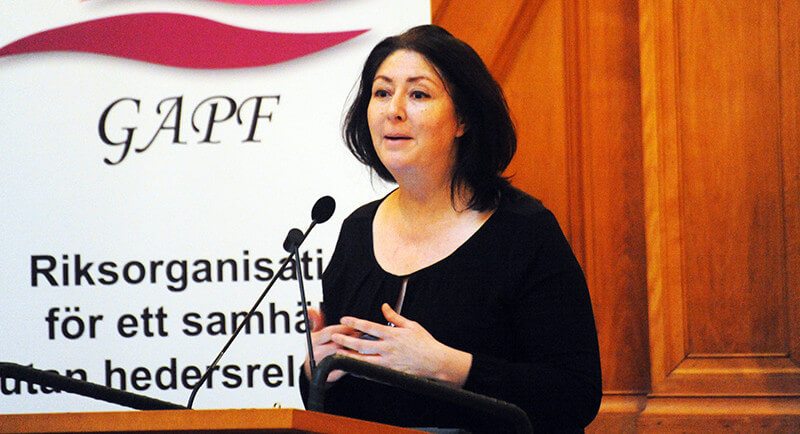 Warwick Students’ Union (SU) has refused permission to host Council of Ex-Muslims leader Maryam Namazie as a guest speaker at the University allegedly due to concerns she would “incite hatred” on campus.

Warwick society for Atheists, Secularists and Humanists (WASH) had intended to have Namazie, a prominent critic of certain forms of Islam, address the University in the upcoming year.

WASH President Benjamin David held the SU’s decision in part as a reflection on the University’s “infringement of free speech”, in a blog post published on 25 September.

The SU allegedly stated that their research suggested Namazie was “highly inflammatory” and were concerned that having her speak at Warwick could violate their external speaker policy.

The policy stated speakers should not “spread hatred and intolerance” and should not insult other faiths or groups, “within a framework of positive debate and challenge”, according to the same post.

The SU allegedly added that they were concerned that trying to mitigate these concerns by asking for a transcript of Namazie’s speech, making the event members-only, or having security present would not work, citing a case when Namazie apparently broke these conditions when speaking at Trinity College Dublin.

Benjamin commented: “The restriction of free-thought and non-violent free-speech is the most dangerous of all subversions, a subversion that is only dilated in light of the fact that Maryam has always campaigned against violence and discrimination and has done so passionately for many years.”

He added that he felt this was “something that should have been taken on board when the SU’s assessment was made”.

WASH are appealing the SU’s decision, and Namazie herself has stated in a blog post that she will be writing a letter to the University to complain about accusations made against her.

Namazie continued that the SU did not understand “the difference between criticising religion, an idea, or a far-Right political movement on the one hand and attacking and inciting hate against people on the other.

“Inciting hatred is what the Islamists do; I and my organisation challenge them and defend the rights of ex-Muslims, Muslims and others to dissent.”

People took to twitter to air their anger with the SU this afternoon, including prominent Atheist figure Richard Dawkins:

To ban a speaker you happen to disagree with is a contemptible betrayal of everything a university stands for. http://t.co/I53qlziaU5

So @IsaacLeigh @WarwickSU care to share with us the evidence of how @MaryamNamazie "could incite hatred on campus"?https://t.co/sCVun6AyK2

Secularists critical of religious fundamentalism- is that where bar is set for unpalatable views now? @WarwickSU

As a @warwickuni
alumnus who's worked with @MaryamNamazie, I call on @WarwickSU to reverse this weird, foolish ban. https://t.co/HXXVfzymQU