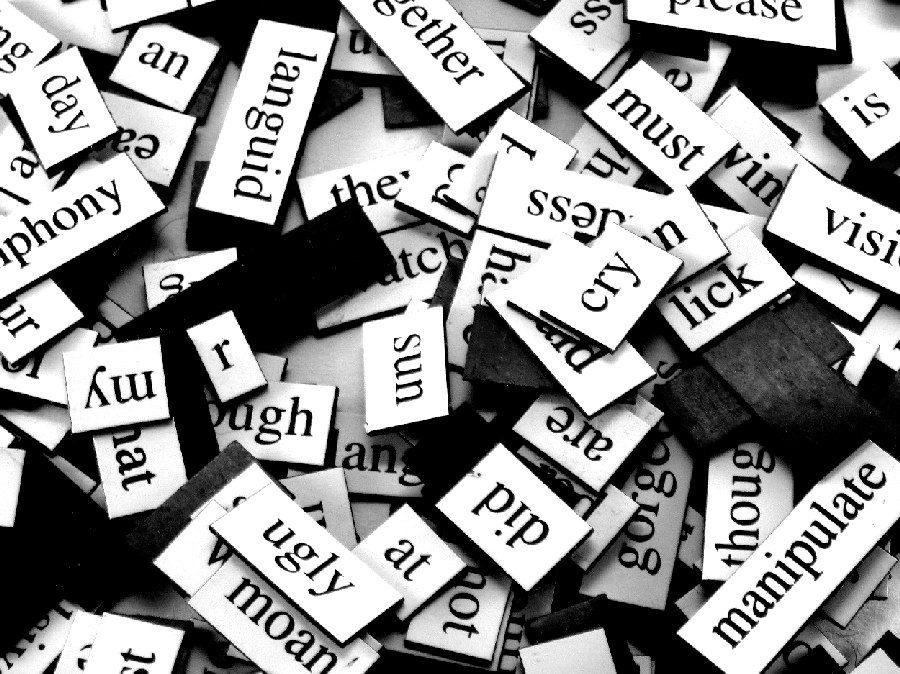 [dropcap]A[/dropcap]s part of the Global Research Priorities in International Development at ‘Warwick Another India’ series, a day of workshops and discussions on Caste in India and the UK took place on Tuesday 21 April. With the day opening up debate on culture, politics and history, the events culminated in a reading by poet and author Meena Kandasamy in the Helen Martin Studio in Warwick Arts Centre.

Introduced by Professor Simon Swain, Professor Shirin Rai and Dr Sarah Hodges, Kandasamy’s work was described as entwining what is going on in India with a more local context. It makes us think about Dalit rights (her book, The Gypsy Goddess, is about Dalit agricultural workers) and human rights. Dr Hodges explained that Meena is unafraid to ask difficult questions and give messy answers, and is critically astute and provocative. This was an accurate taste of what was to come in her writing.

Meena is unafraid to ask difficult questions and give messy answers, and is critically astute and provocative

The audience were treated to hearing some of her new poetry from the collection Ms Militancy and her novel, The Gypsy Goddess. Immediately apparent was a strong feminist perspective (not dissimilar to Carol Ann Duffy who she mentioned), and fearless viewpoint. Retelling myths and expressing her feelings for the academy, her work is not suitable for those who are easily offended, with expletives and explicit descriptions throughout. 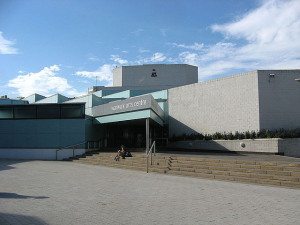 First reading some of her poetry, with caste an obvious recurring theme, Meena also explained that her poems encapsulate both love, and anger – we learn to love as we learn anger. These strong emotions were intertwined and can be seen in the example of her love/hate relationship with the academy which she mentions, though she admits she is arguably part of it.

Not at all shying away from difficult subject matter, her poems were all sharp, evocative and powerful. Reading with a sense of urgency and expressive hand movements, her work is something of a defiant middle finger to the conventional. There was laughter from the audience, for example, when she read “Oxford English Dictionary consults me.”Her candour was inescapable, not only through her poems, but when she revealed her motivations and aims in writing. Talking about her poem Scrutiny, she said it’s “nice to listen to people who have fucked up”since they have good life lessons to share.

Reading with a sense of urgency and expressive hand movements, her work is something of a defiant middle finger to the conventional

Though there were these lighter moments, it was a hushed audience that also listened to more heart-wrenching lines. The violence and “caste lines”that are a part of society were evoked through some particularly potent images, such as children being electrocuted “to instant death because they played in your well”. Feminism can be seen in her poem, Backstreet Girls, which bluntly says:

Meena then moved on to her retelling of the Ramayana from Sita’s perspective. It is both radical and subversive and explores the way language has the potential to enshrine caste. For those who are particularly traditional, this will certainly be difficult to swallow for its approach to the epic. A line from another of her poems, This Poem, preempts the possible responses from the more traditional, and deals with it through humorous acknowledgement: “This poem is pure and total blasphemy.” 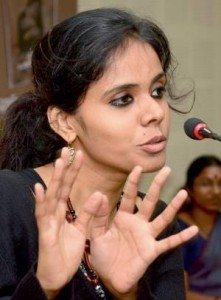 Coming to her novel, The Gypsy Goddess, published in 2014, Meena reveals that she does not enjoy reading it as much as her poetry. However, whilst there is arguably less of a fluidity to prose, she lingers when reading it, making it easier to appreciate every word and its effect, meaning it is just as visceral as her poetry. It is a telling of a massacre of Dalit agricultural landlords by upper-caste landlords in Tamil Nadu. Described as a fictionalised version of a real tragedy that took place, she says that the early part of the book is about trying to get the sense of place right, and is later a criticism of the academy, which is certainly not veiled.

She said even when the legal fight fails, she will still put up a good fight

Breaking up the readings of parts of the novel, she explains the reality behind the massacre which she has written about. Adding context, it was also eye-opening in understanding the way the in which her fiction and reality are not worlds apart when it comes to the justice system. Having read The Gypsy Goddess, the excerpts she chose to read did justice to her novel as a whole, being descriptive, hauntingly vivid and leaving the audience wanting to hear more.

Ending the evening with a few questions and informal conversation, she said even when the legal fight fails, she will still put up a good fight. The reading left the audience unsettled but in a good way, as only challenging literature can. It was stimulating and immediately led me to the bookshop in search of Ms Militancy,whilst I debated whether it would be acceptable to buy a second copy of The Gypsy Goddess.