Delayed Releases: Great Idea or a Push Too Far?

Release dates are magical things. Once we know a game’s release date, the excitement can truly start. The countdown begins, with the hype increasing day by day. But then, DISASTER. The game gets pushed back, sometimes for well over a year, and we’re left heartbroken. But are delays a really bad thing? Well, honestly, no. In fact, delays are amazing.

[divider]
This may seem crazy, but let’s look at the evidence. 2014 was a terrible year for gaming. This was a result of several factors, but mainly because so many games released last year were broken messes. AC: Unity was notoriously buggy; The Master Chief Collection remained broken for almost half a year after release, and these weren’t the only ones. In fact, most AAA games released last year had many issues upon release. This was a disaster for gaming, and it can never happen again.

In order to prevent this, delays are pretty much the only solution. A delay provides developers with the one thing that can help them to fix their games: time. This added time can be used to give the title more polish, so instead of releasing a game on time that is broken and unplayable, they can release one a bit later that works and isn’t just painful to even try to play.
[divider]

“2014 was a terrible year for gaming. AC: Unity was notoriously buggy. In fact, most AAA games released last year had issues upon release”

[divider]
The problem here though is that, more often than not, developers cannot delay their games. I’m sure they would love to if they could, in order to make the game that they have spent a considerable amount of time crafting into something wonderful. However, publishers don’t work that. Big companies like Ubisoft, EA and Microsoft want profits. They know when the optimum time to release a game is, and are often unwilling to move from that date. They fear that a delay will mean less profit for them, and this is an attitude that really needs to change.

The crazy thing is that these big publishers don’t seem to realise that a delay may actually increase their profits. Pre-order culture is (thankfully) dying in the games industry as high profile critics and websites campaign against it, which means that more people are waiting for release dates, and are therefore more reliant upon reviews from trusted sources – a broken game is more than likely to get poor reviews. Consumers will then see these poor reviews, and, if they’re smart, they aren’t going to buy the game at full retail price. And that means less profit for publishers. A delay would have meant that games would be more polished, which means better reviews, which ultimately means more profits.

Of course, 2015 has already been hit by major delays. Highly anticipated titles like Uncharted 4 and Homefront: Revolution have already been pushed back, but, again, this is no bad thing. Naughty Dog, are a trusted developer, who know what they’re doing with Uncharted. If they think they need more time to make the game that they want to make, then I am one hundred percent OK with that. And as for Homefront, more time is something I feel that game desperately needs. The first game was pretty much a disaster, and the second has already had a fairly tortuous development cycle, switching from developer to developer fairly quickly. If that game has any chance of being a success, a delay was probably what was needed.

So really, delaying games is a win-win situation for everybody. Consumers, although annoyed at first, eventually get to play a more polished title that they are far more likely to enjoy. Developers get to release the title that they really wanted to make, which makes them feel better. And publishers get to make money, which they REALLY like. So, a message to developers and publishers. If your game isn’t working near to release, DELAY IT. Everybody will be happier if you do.
[divider_top]

The Joy of Mods 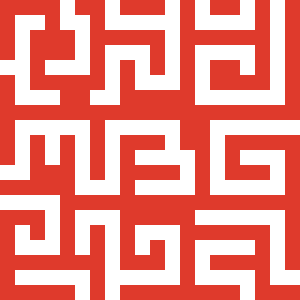 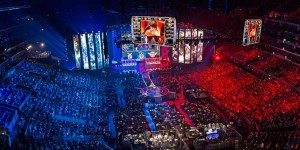