Warwick students have taken to Facebook to voice concerns over the University’s new branding which was unveiled in a meeting earlier today.

The new Warwick brand image, alongside a new logo, was revealed today at the Students’ Union’s Societies Convention by the University’s head of marketing. The logo was supposedly designed as a “bold approach to its communications”.

The University’s marketing representative cited that similar logos at the universities of York and Exeter were part of the reason that Warwick decided to rebrand.

It was also revealed by the representative that the University had spent £80,000 on developing the new brand.

A document which has been released by the University, states: “The new brand tone of voice introduces the language of possibility into our written communication.”

The document also states that the main colour in the logo is “Warwick aubergine”.

The new logo has been met with concerns from the student community. Many have taken to the ‘Overheard at Warwick’ Facebook group to voice concerns that the new logo does not match the reputation of the University.

The old logo was always a boring affectation of history from a new-build 60’s university. The new logo is crisp and modern and will look incredibly good on the stationery. I’m pre-ordering a mug.

Alex Shaw, a second-year Economics and Politics student, commented: “I hate it.”

He added: “It looks like a child has designed it. I fail to see how this represents Warwick at all. How is this an improvement on the last logo? How? It doesn’t even say university… it looks like it could be a logo for some mountaineering warehouse.”

Giles Hutchings, a second-year Maths student, stated: “I think it’s a waste of time and money. Students obviously don’t like it – the 300 or so at the convention moaned in dismay, and it turns us into this brand of a big W or an offshoot of the Weinstein Company (their logo is similar).

He added: “Which other universities have a big letter as their main image?”

Josh McNamee, a PhD Engineering student, commented: “The old logo was always a boring affectation of history from a new-build 60’s university. The new logo is crisp and modern and will look incredibly good on the stationery. I’m pre-ordering a mug.”

Concerns have also been raised that the University did not fully consult the student body.

The University’s report on the new branding states: “Especially our students have helped shape the new brand.”

However, the Boar has been told that the head of marketing had said that 160 students were consulted over the new brand image; this is less than one percent of the total student community.

Peter Dunn, director of Press and Policy at the University said: “Student input has in fact been extensive and has gone far beyond simply being presented with a new logo to comment on. Students were the very first people asked to take part in focus groups to help create the new branding and the number of students asked to help in that process and specifically consulted so far actually far outstrips the number of staff.”

He also added: “From the very beginning the SU President has been invited to all the meetings held to develop the Brands and of course also saw the presentation given to University Council of which she is a member.”

The Boar has set up a petition, calling for the university to halt its current plans and to open a student wide consultation. Sign the petition here. 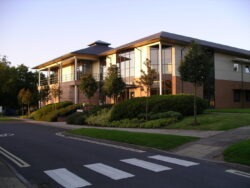 Tracking the failures of Warwick Test and Trace