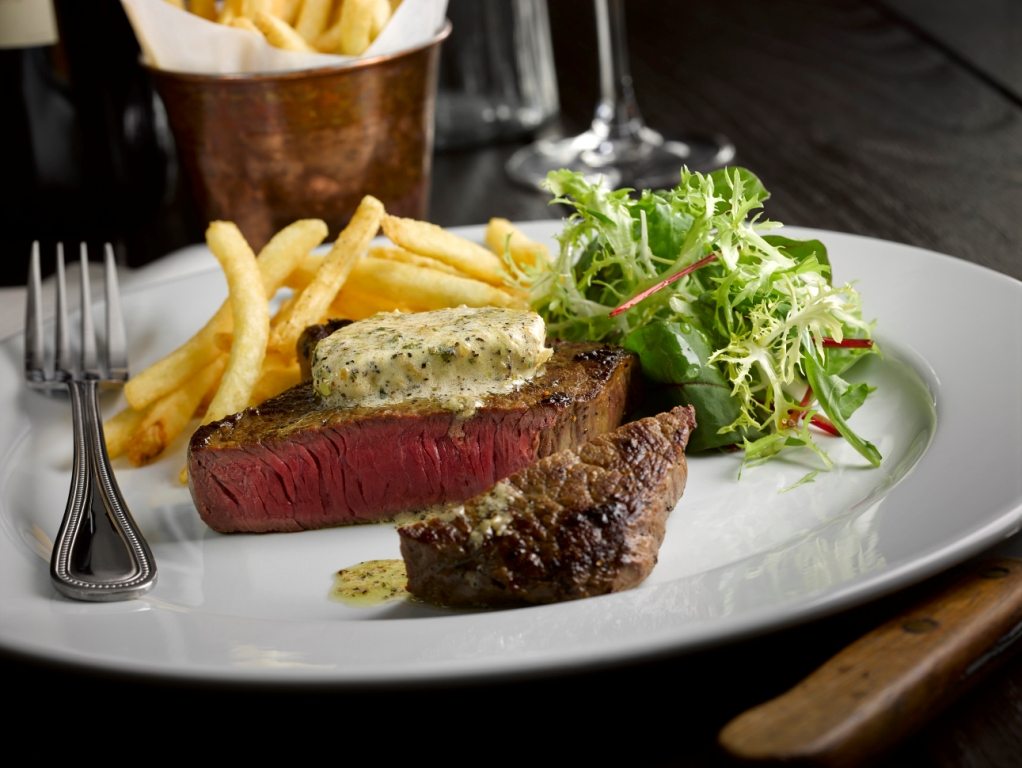 Bored of the Bread Oven and the Dirty Duck? Sian Elvin reviews a charming French bistro in Leamington Spa…

Tucked around the corner from the Royal Priors Shopping Centre in Leamington Spa is an inconspicuous little place named Le Bistrot Pierre. Understated from the outside, I recalled its Twitter bio: “An independent group of restaurants avec brio!”
As soon as I entered the restaurant however, “brio” was the only word that could spring to mind. With subtle lighting and delicate mirrors opening out the space, the décor screamed French classic. Actually, that’s a lie, the word “screamed” isn’t civilised enough – maybe I should say “sang”. 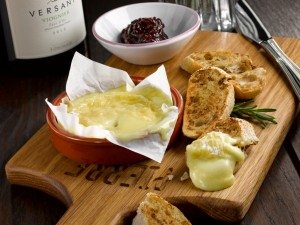 Certainly not the usual haunt for students (stop reading and head to Kelsey’s or the Jug and Jester, if that’s your thing), Le Bistrot Pierre requires something of a more delicate touch than a rowdy, rushed Vialli’s. Perfect for a special occasion, birthday meal, or first date. I sadly didn’t have a date though, so had to drag along my bestie instead.

Despite the interior misleadingly making me expect the food to be ridiculously expensive, I was pleasantly surprised by the student offers available when I looked at the menu. 20 percent off the main menu is offered with an NUS Extra card, and the pre-theatre menu is available for students all evening Sunday to Friday. At a not-to-be-scoffed-at £14.95 for two courses, we opted for the pre-theatre menu.

In the name of fair journalism and reviewing, we decided to share a starter and a dessert. We chose the St. Marcellin melted cheese with sourdough toast and pear chutney to begin with, and I was instantly transported back to my winter in the French mountains. Like a more nutty camembert, the cheese was to die for, although I must admit Le Bistrot Pierre doesn’t go halves on its portions – if I hadn’t shared the starter I might not have been able to manage my main! 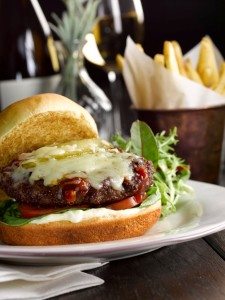 Saying that though, the flattened, pan-seared steak I decided on for my main was absolutely delicious, barely requiring the steak knife to pull it apart. I had the option of two different sauces to go with the meal too, so I went for the warming brandy one. My fellow reviewer chose honey-glazed slow-cooked pork accompanied by crackling, which he insisted was the superior choice; it was indeed presented beautifully.

To see ourselves off we just about managed to cram in a chocolate crème brûlée. The only surprise was that I expected the brûlée to be warm, which was potentially my only slight complaint of the entire meal. However, it was light and creamy and, ideally, not too heavy to end a three-course meal; a skill I’ve noticed the French have managed to perfect.

We left Le Bistrot Pierre in a slightly fuzzy (it was the food, not the wine – promise!), warm mood, not overstuffed and oozing with French style. Seriously, we were. The attentive staff and charming atmosphere topped off an excellent evening all round, and we were satisfyingly surprised by the affordability of the student offers. Naturally, a visit to this kind of restaurant is reserved for a special treat, but this tucked away hidden gem is perfect for an intimate first date. Is that a hint? Maybe.

Got your taste buds tingling? Here’s your chance for a free meal – simply tweet us at @BoarLifestyle, making sure to include @LeBistrotPierre and who you’d like to take along! Enter by May 15 for your chance to win!