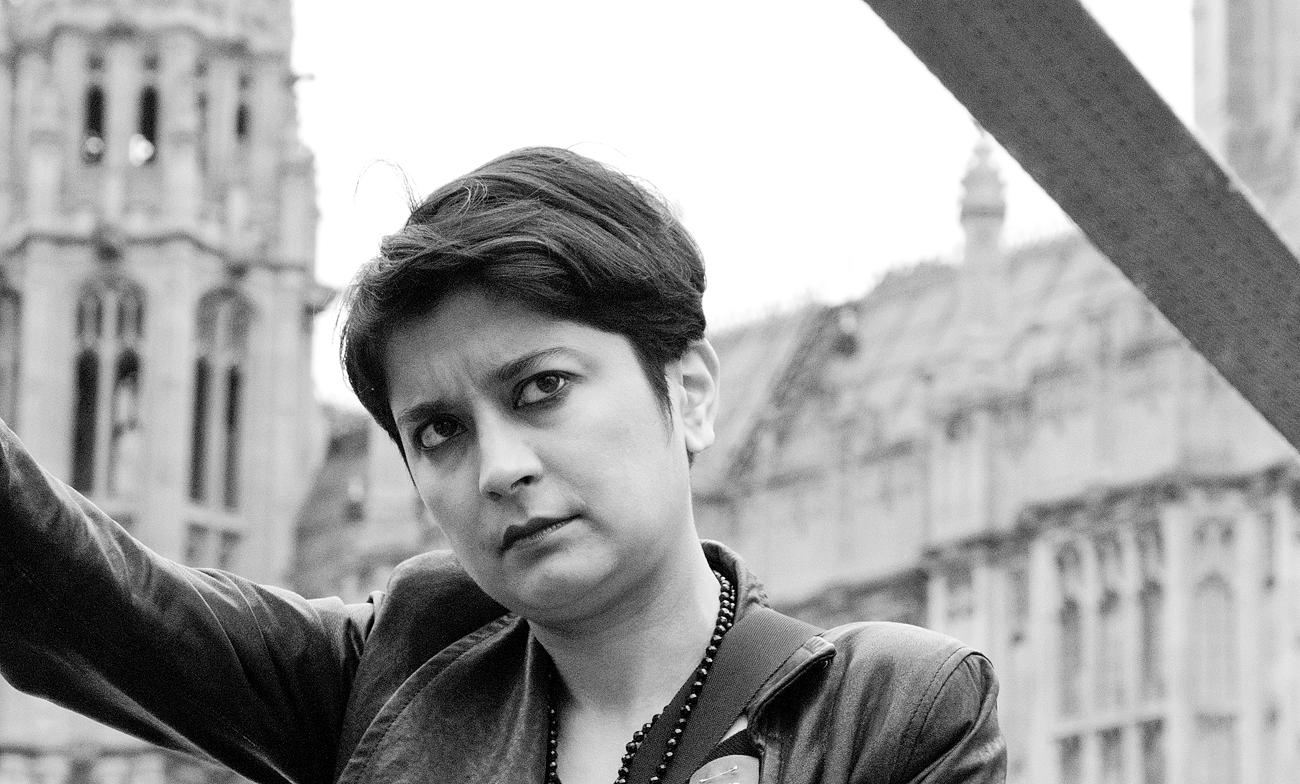 Once referred to as “the most dangerous woman in Britain”, there was certainly a palpable excitement amongst the barrage of people waiting to hear Shami Chakrabarti talk on Tuesday 20 January. The event, which was part of the Warwick PPE Speaker Series, was in line with the release of Chakrabarti’s new book, On Liberty, and is sure to have incited much thought for the Warwick Human Rights Forum, which begins on January 31.

The main points of discussion for Chakrabarti were her book On Liberty, the organisation, of which she is director, called Liberty and appropriately the topic of liberty itself. That’s a lot of liberty. It’s no wonder, then, that the Human Rights Act and issues surrounding fundamental civil liberties were at the core of much of the event. With the recent two-minute silence on the piazza in response to the Charlie Hebdo attacks, as well as the controversy over the Free Education protest, civil liberties are a much debated and provocative subject on campus.

Witty, thought-provoking and engaging, Chakrabarti’s passionate speech was compelling and, surprisingly, entertaining due to her unrestrained candour. Its delivery was almost akin to the ease of those involved in party politics, though her openness and lack of unctuousness made her a very sincere speaker. The lack of audience members procrastinating on Facebook or Twitter throughout the speech confirmed Chakrabarti’s enchanting power as a speaker, something I had the pleasure of experiencing myself having spoken to her beforehand.

Her book chronicles her personal and political life, it argues in favour of retaining the Human Rights Act, and discusses the importance of rights in relation to democracy, particularly within an evolving society. After an introduction of advocacy group Liberty, which turns 81 in February, Chakrabarti explored topics including freedom of speech, freedom of expression, privacy and our belief in the spirit of human rights. For those who are new to human rights, the necessity of discussing its spirit may seem redundant. Coming from western democratic perspective, some see human rights a given, however the recent Paris attacks and the Free Education controversy on our own campus demonstrate how relevant the discussion is to us all.

Further on, Chakrabarti’s talk focused on defining what it meant to be foreign or a minority. Considering such a large part of Warwick’s student body is composed of international students and that many home students opt to take a year abroad, this was a very relevant topic for the audience. Chakrabarti eloquently used the phrase, “We are all foreigners somewhere”, in order to demonstrate the certain dangers we all may face when allowing rights to be waived for minorities during times of emergency such as the War on Terror.

Since her generation has “screwed the planet” (did I mention she was candid?), and our generation has the power to shape the path we walk, Chakrabarti used her platform to emphasise a definite need to understand the human rights debate. With the general election coming up, and the Conservatives talking of scrapping the Human Rights Act, the way we vote is going to shape not only the sub- stance of our rights but cement an ideology that rights can be altered depending who is in power and who is considered to be the prioritised concern. Not only does this mean thinking about rights for all, but also the nature and future of what these rights entail.

Now that you’re about halfway through reading this article, how many times have you checked Facebook since starting it? Twitter? Instagram? Or messaged someone? The point I’m making isn’t vanity on my part, but about how recent technological advances have created so many more opportunities and advantages at our fingertips (quite literally our fingertips), making the world smaller and more connected, becoming an inherent part of our lives. It’s not all bad; the day The Script followed me on Twitter for example was a definite highlight of my existence. The problem is that it brings with it bigger problems concerning privacy, and even that term ‘privacy’ is much more complicated, now that it also covers the online world. As millennials, being part of a generation that grew up with the internet as the go-to place rather than books, where your profile refers to your online presence rather than your physical outline, the issue of privacy in the online world is oh-too-familiar for many students.

“Human rights are about human beings and humanity, and all of us qualify”

Where you stand on the debate about the line between privacy and security is important, but perhaps more important is the awareness of exactly how much of what we do is collected as data. The first chapter in On Liberty, titled “Nothing to Hide, Nothing to Fear”, explores the balance and worries about not placing enough importance on privacy. Whether you agree with Shami Chakrabarti’s opinion on it or not, the awareness that privacy and security needs to be debated and the fact that data is being collected about us is perhaps the more significant fact.

Why is any of it worth knowing about? As students at university, does this affect us? We’ll still keep our rights, right? It is because we are part of an international society, and part of the Google generation, that makes this relevant. It is also relevant because human rights are about human beings and humanity, and all of us qualify.

What is liberty? It’s the asking of this question that’s the point. It’s this which makes On Liberty a book worth reading, Liberty an organisation worth knowing about, and why it was a talk worth going to.