[dropcap]W[/dropcap]ho hasn’t had a crush on a book character? As any bibliophile will agree, fiction is better than reality, and the world of romance is no exception. A literary hottie will always make for the perfect date – you have all the benefits of spending time with your special someone, and none of the worry about long-term commitment!

Four Books writers reveal how they’ve found love between the (book) covers this Valentine’s Day. If you’re looking for a new hardback hunk to take home with you, maybe one of the following will appeal…

I like my men handsome, charming and emotionally tortured, so who better to spend Valentine’s Day with than Finnick Odair, winner of the 65th Hunger Games? A citizen of District 4, Finnick became something of a living legend in Panem for his stunning good looks: bronze hair, chiseled abs and bright green eyes. But there’s more to Finnick than just being beautiful – he’s also a skilled fighter and an instrumental part of the rebellion, risking his life to bring down the corrupt Capitol.

What makes Finnick so fascinating are the layers of his character 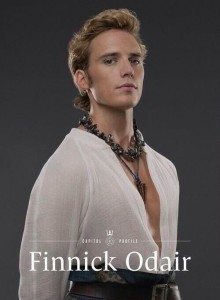 hen Katniss first meets him, he appears to be a scheming (and slightly creepy) womanizer with a string of wealthy lovers. However, we later learn that Finnick is being whored out by President Snow to the Capitol elite, and Finnick only goes along with this to protect his family and friends. This is where we get to the heart of Finnick’s appeal. He may do bad things, but he’s a noble victim of circumstance, rather than a skeeze with commitment issues. Finnick is prepared to sacrifice everything to keep those he loves safe – an attitude which is admirable, if not quite tenable in real life.

The specialty of Finnick’s district is fishing, so were I to win a date with Finnick, I think he would take me out to a romantic meal on a boat. Considering his exploits, I imagine that Finnick knows how to endear himself to a lady, so I expect the full works: music, rose petals and slow dancing beneath a starry sky. We’d slip away for a swim in a moonlit cove and then dry off by a driftwood fire. Afterwards, I imagine that Finnick would break down and cry about how his experiences in the Games and the Capitol have left him with permanent emotional scars. Ah, isn’t romance a beautiful thing? Remind me to take him for an STI check-up as well – I can’t imagine that being forcibly made into a gigolo does wonders for your sexual health.

It is a truth universally acknowledged that a single man on Valentine’s Day must be in want of a date. And who better than Mr Darcy, hero of one of the most famous love stories of all time? 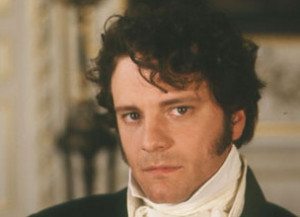 Firstly, we would head to the Pump Rooms for some afternoon tea and finger sandwiches to refresh my partner after his long journey from Pemberly. It would perhaps be a little awkward, as Fitzwilliam Darcy is not known for his politeness or ease of conversation. Not exactly a good start when your date seems indifferent to the situation. He would mark my face as handsome but without enough wit, find the tea too sweet for his taste, and comment on the room being far too small for frivolities.

Thankfully the date would be saved by my suggestion of a bigger venue more suitable for dancing together, despite Darcy muttering something about how any savage could learn to dance. As we enter the nightclub, Darcy is aghast. It is far too dark, the furniture is cheap and the dreadful music is hurting his ears. A few cocktails (shared with two straws) later, Darcy is using his cravat to wipe the sweat off his manly brow as we rave in the middle of the crowd. We head out to the takeaway just as ‘Somebody to Love’ comes on.

After a brief silence, Darcy admits that he loves me over some cheesy chips (these Austen men move fast)

“I must apologise for my rudeness earlier. If I gave the impression of my displeasure then the fault is my own. I couldn’t see past your low birth and student debt. However you have shown me how to party, how to live. Your manner, grace, and pint-downing qualities are second to none. I never wish to be parted from you from this day on.”

The chips are discarded as we embrace then run out of the Pizza shop. Roll end credits as Mr Darcy carries me off into the sunset, my petticoats in the air. A bonnet dappled with neon paint glows in the distance.

Intelligence, good manners, beauty, and the power of necromancy: Sabriel has everything that I look for in a date. The eponymous character of Garth Nix’s fantasy novel, Sabriel is an Abhorsen-in-training (that is, a ‘good’ necromancer) with an edgy hairstyle and a strong will.

She may spend most of her time returning the undead to their graves, but I’m sure that she could take an evening off to go on a date with me 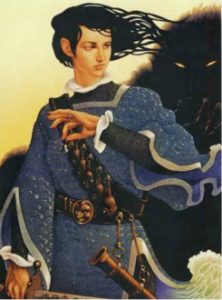 To start, we would go for a meal at a disgustingly fancy restaurant. Sabriel, whose family are loaded, would naturally pay for everything. What’s more, her graceful manners would make her an ideal dining companion. There would be none of the dreaded open-mouthed chewing or loud slurping that can ruin a date. I wouldn’t even have to worry about remembering which fork is meant to go with which course – Sabriel attended a high-class finishing school, and so could be relied upon to help me out.

After the meal, we could hang out at the Abhorsens’ house. I would greatly enjoy being shown the library of books on magic, and seeing the picturesque waterfall that the building overlooks. The only thing that might pose a problem to our evening is the fact that Sabriel isn’t much of a talker. However, I can rattle on for hours, so awkward silences wouldn’t be too much of a problem, and our shared interests in books and cute animals should be enough to keep the conversation moving.

To end the evening, Sabriel and I would climb up to the fifth-floor observatory. With its bronze telescope and constellation-map carpet, it would be the perfect location for a spot of romantic star-gazing. The clear walls also give a beautiful view of the surrounding countryside.

Ideally, of course, the undead would not bother us for the duration of our date. I could happily trust Sabriel to fight them off, but zombies can be a real mood-killer. 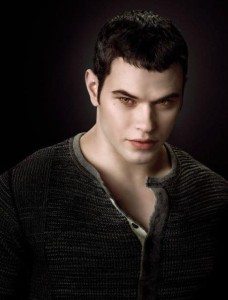 It seems odd to pick Emmett Cullen as my ideal fictional date over the brooding Edward Cullen who is the basis of the entire Twilight saga. However, Edward is a little too mysterious and a bit too stalker-ish, particularly when he watches Bella sleep and fantasizes about drinking her blood.

On the other hand, his brother Emmett is not so cheesy, yet is desperately romantic and in love with Rosalie (darn!) . Emmett has a much more overt sense of humour and attractive competitive side. It’s these aspects to his character that make him more lovable than any of the other Cullens. He provides a lot of comic relief, questioning Bella about her latest injury by asking, “Trying to walk and chew gum at the same time again, Bella?” Immediately likable, his competitive nature also makes for some interesting episodes, like when he challenges Bella to a fight once she’s transformed into a vampire. Ultimately loyal, he stands by Rosalie, despite her being somewhat unlikable due to her motives and cattiness, and Bella, when he realises he can trust her.

Though I am a sports-hater (they’re too boring to watch, and I’m too extraordinarily uncoordinated to play), this would just be too cool an opportunity to pass up. After watching the baseball scene in the first film, I am certain I could get into sport if I could play vampire baseball. I’m amazing at Monopoly, and I’m sure it’s a similar sort of thing. Plus, what better chance to bond than over arguing if that was a strike or not?

It helps that he is beautiful by virtue of his being a vampire, and that he’s played by Kellan Lutz in the film adaptations. Regardless, it’s his personality that means he would be my choice in a factorial bachelor raffle. I’m not so shallow that I’d be swayed just by his dimples. I promise.

What character would be your dream fictional date? Let us know in the comments below, or Tweet us @BoarBooks with the hashtag #hotreads!