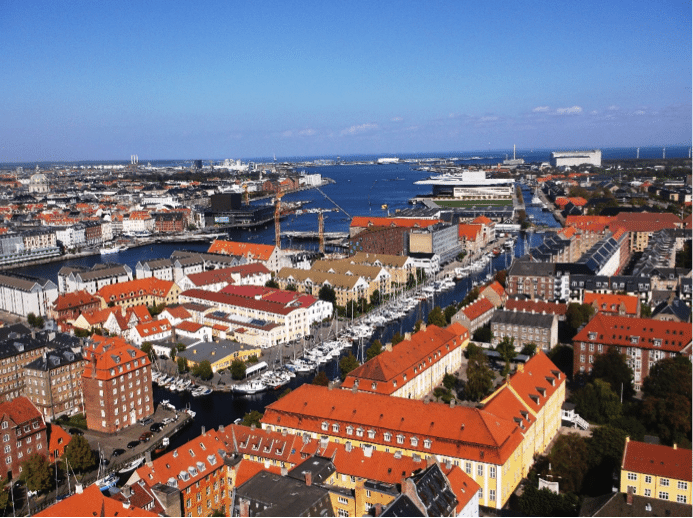 A city in a day

[dropcap]I[/dropcap]f you’re anything like me, since being at university you’ll have caught the travel bug somewhere along the way. I’ve tried a few different forms of travel over the years – holidays with family, holidays with friends, jailbreak, travelling alone, travelling in a group – but when a friend of mine suggested that we get a couple of last-minute flights to a random city for the day, explore it, and then fly back in the evening, I couldn’t agree fast enough. I can definitely say that it was probably one of the best spontaneous decisions I’ve ever made, so to help you do the same, I’ve outlined some top tips on how to go about visiting a city in a day.

Where you decide to go will have a huge impact on your day and your overall enjoyment of it. I would recommend choosing somewhere that is relatively small, and easy to get around by foot: this means that you’ll get to see as much of the city as you can without feeling like you needed to stay there longer. For example, Berlin is far too big, and to move between its main attractions you’d need to use the Metro, which would be expensive and you wouldn’t get to see quite as much. We chose Copenhagen in Denmark, which only required one 10-minute train journey to get to the city centre from the airport, and then the rest of the day we could just walk everywhere, as Copenhagen is fairly small. Make sure you research in advance to find the smaller cities. Ones I would personally recommend include Dublin in Ireland and Edinburgh in Scotland. If you’re looking to go further afield, Geneva in Switzerland, Vienna in Austria and Amsterdam in the Netherlands are all great places.

Check how much flights are going to cost you, and then set a budget – generally the further away you go, the more expensive it will be. Very last-minute flights are much cheaper, too. Ideally when you’re there you want to keep costs down and visit as many free attractions as possible, and avoid public transport where you can. After all, if you end up spending too much money, you may as well make a week of it and stay there on holiday! Check out the exchange rate and see how much local currency is worth, and work from there. I’d recommend budgeting no more than £100, and if you’re worried about overspending, just leave your card at home. Remember too that you will always spend every penny you bring, so don’t bother thinking you’ll take lots of money and then exchange it back. You’ll end up losing some value by doing it that way, too.

When you’re checking out locations, make sure you take into account how long your flight is going to be. Don’t get one that’s longer than two hours at a maximum – when you include airport time and transport to the airport, if it’s any longer than that you won’t get to spend much time in your chosen city. Be prepared for a very early start to get the most out of it, too (we got a flight at 6.30am).

Don’t over-plan it – if you book it very last-minute anyway, you won’t be able to!

Before you go, research the potential attractions you would like to see when you’re there, and what the weather is going to be like. As well as being mindful of having too much to do, you don’t want to not have enough to do! Obviously don’t plan your activities too rigidly, but just have a rough list of what you might like to see, and adapt to the circumstances. After all, the weather might change or you might find other things, but it’s best just to have an idea, because if you turn up with no clue, you’ll waste time trying to find places to go and you might miss out on the main attractions. In Copenhagen we wanted to see Nyhavn, the Little Mermaid statue, and climb a tower for the views; we succeeded in doing all three.

This sounds obvious but choose carefully who you’re going with. You want to go with somebody who has similar interests to you and wants to see the same things, and I’d also recommend someone who is fairly calm and spontaneous, as it can be pretty daunting to wander around a random foreign city. I met my Copenhagen buddy while travelling across Central America on a ‘YOLO tour’, so I knew we were of the same mindset!

Bring the bare minimum: passport, local currency, your phone, a camera, a map if you can be bothered to print one out, and some food. Maybe a book for the plane journey and a jacket if you’re uncertain about the weather.

Don’t over-plan it – if you book it very last-minute anyway, you won’t be able to! Just have a rough idea of what you’re doing so you can make the most of it when you’re there. Enjoy it; the day will be over before you know it!