The Varsity contest against Coventry is set for a logistical overhaul this year, with a number of changes made to the series by the respective Students Unions of both universities.

The Varsity calendar has been shortened a great deal, with all of the events now scheduled to take place between January 30 and the February 7. These events will take place on five particular days with Sunday 1 February and the final day experiencing the bulk of the action.

This shortened calendar stands in contrast to previous years. In 2014, for example, events were held between February 19 and March 2. Despite this, no events will be cut from this year’s series, rather more fixtures will take place on the same day. It is hoped that this will help the contest retain the enthusiasm of students, as well as making it easier for fans to follow.

Ruby Compton-Davies, Sports Officer, told the Boar that there were many reasons behind the decision to more closely contain the action.

“Other Varsity series between other universities take place over one single weekend, whilst others take place over a single day”, she commented. “Whilst we compete in a lot more sports than these universities, we nevertheless wanted to keep the momentum up by changing to a ‘Varsity Week’ structure.

“We didn’t want to drag the contest out”, she added. “The changes will help us to maintain the buzz”.

The re-think of the fixture list will also see Varsity taking place a lot earlier in the term than in former years. The action will now take place over term weeks 4 and 5. This also means that the contest won’t clash with the Warwick sabbatical officer elections.

But perhaps the most noteworthy change of them all is when certain sports are to be played. The Ice Hockey – always a fixture well contested and a sport which Warwick triumphed in last year – will now serve as the climax to the series, switching from its usual place as the first fixture.

Ruby spoke enthusiastically about the changes.

“Changing the Ice Hockey so that it’s the final event made perfect sense to us”, she said. “The Ice Hockey is always a sell-out and always has that great party atmosphere. Now, the whole series will build up to this event. Plus now the Score Extra Time after-party will take place directly after the hockey has finished!”

The Women’s Basketball first team have been given the honour of kicking off the competition, with their game against Coventry scheduled on January 30 at 6.30pm. This game will be followed by the Men’s team, with both fixtures set to be played on enemy turf at the Coventry Sports Centre.

The changes seem to have been met with a positive reception from Warwick sport fans.

Stephen Smith, a third year Mathematics student, told the Boar that he was in favour of the proposed changes.

“I attended the Ice Hockey last year, and it was a fantastic experience.

“However, I think it makes better sense for the fixture to finish off Varsity, rather than start it. That’s because I lost interest after the match last year, and didn’t really follow what else was going on during Varsity.”

“I’m a big sports fan but found the series hard to keep up with in the past. It seemed like the events were stretched out over a very long period of time.

“But now I think there will be much more of a Varsity buzz across campus. Enthusiasm will be up.” 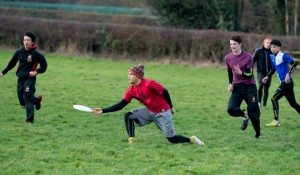 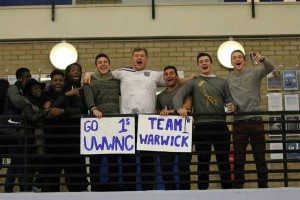 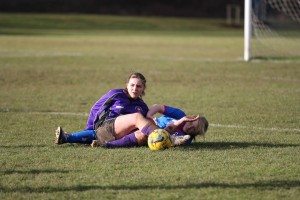