In the early 2010s The Hunger Games was the thinking girl’s antidote to the endless paranormal romances which lined the shelves (often poorly written and with horrendous messages about romantic relationships). The Hunger Games validated the Young Adult genre by providing a series that was a true page-turning, handling many mature themes and had one of the most courageous, multi-layered heroines that the genre has known. The first two instalments in the franchise were both phenomenally popular with audiences and praised by critics, winning over fans and newcomers alike. Mockingjay Part One packs some powerful punches, but it’s never fully able to shake off the feeling that the source material would have been served better by a single film.

Katniss Everdeen (the ever-excellent Jennifer Lawrence) has survived two Hunger Games against all the odds and has currently taken shelter in District 13. A war is brewing between the districts and the Capitol, but Katniss is barely able to stop herself from having a full-scale meltdown, much less become the symbol of rebellion that President Coin (Julianne Moore) and Plutarch Heavensbee (Philip Seymour-Hoffman) want her to be. 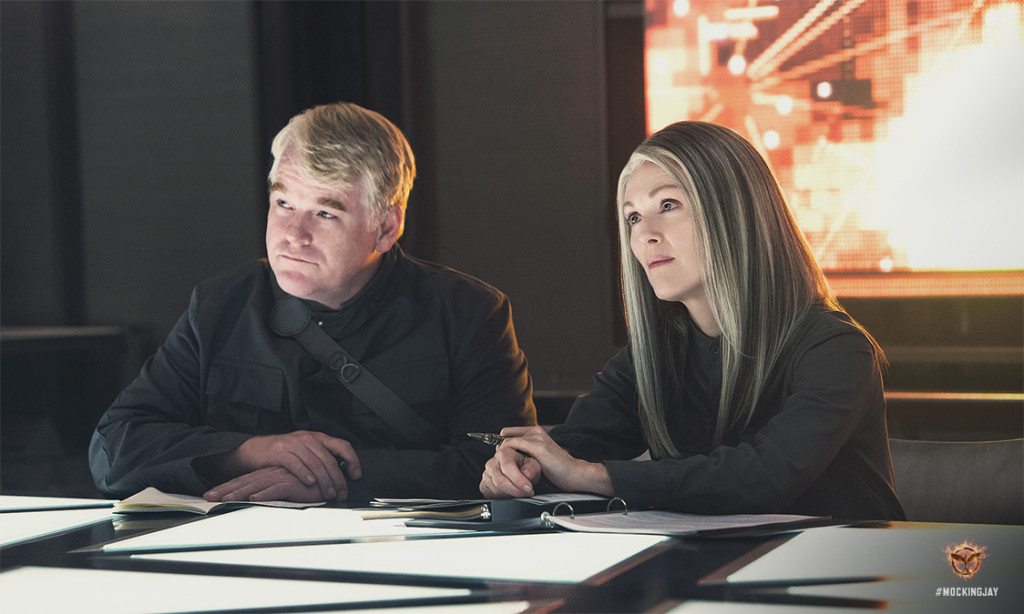 One of the film’s most memorable sequences begins with Lawrence singing the eerie ‘Hanging Tree’ song, surrounded by mockingjays and camera crew

This film doesn’t have the mounting tension of the first and second instalments in the franchise, but although the pacing drags at times, it also allows us to explore the politics of Panem and Katniss’ relationships more fully. The book it’s based on is entirely in the first person and struggles to encompass the full scale of the revolution at hand. Inevitably, a dimension of Katniss is lost by translation to cinema, but in my opinion the benefits outweigh this.

The awkward moments where characters have to fill in Katniss quickly about major events which she doesn’t witness are gone. Instead, the audience experiences the uprising in the districts and the rebels’ rescue of the Victors at first hand. The film does a good job of bridging between Katniss’ personal development and the story of Panem at large. One of the film’s most memorable sequences begins with Lawrence singing the eerie ‘Hanging Tree’ song, surrounded by mockingjays and camera crew. Her character gradually melts into a chorus of workers advancing on the Capitol’s damn to destroy it.

Sequences like this vividly capture the impact of the mockingjay symbol on Panem at large. The film offers an interesting commentary on the impact of propaganda and the media on war. It was particularly disturbing to watch the propaganda videos of Katniss, made to incite rebellion in the districts, which contain the same graphics as the trailers for Mockingjay. The horrific child-on-child violence from the first film has been replaced with higher-tech warfare, but Mockingjay is careful to preserve the human dimension of the conflict. The action sequences never glamourise war, and they never feel like video games.

Unlike almost every other Hollywood blockbuster released in recent years, this franchise encourages us to think critically about our society.

Performances are strong across the board. Jennifer Lawrence is as sensational as ever as Katniss, whose steely front in the first two instalments is gradually crumbling under pressure. I’ve seen several reviews complaining that Katniss is pathetic because she’s in melt-down mode due to Peeta’s absence, especially considering her status as a feminist icon. Yet to suggest that a seventeen-year-old, forced into a fight to the death (twice) and currently being used as a political pawn, is weak because she’s having PTSD and is missing a person who saved her life multiple times is a ridiculous assertion.

The longer run-time means that some of the side characters get more development. The well-judged power play between Moore and Seymour-Hoffman is fascinating. Liam Helmsworth is, as ever, as charismatic as a block of wood, but Josh Hutcherson’s performance shows off his talents, despite only being in a few scenes. And Elizabeth Banks as Effi remains more fabulous than every single other character in the franchise.

The weakest character is actually Finnick Odair, although Sam Claflin is clearly trying his hardest. Despite the somewhat padded running time, the film doesn’t do justice to his character at all. The playful and self-satirical humour, which made his character so endearing in the book is gone, and the revelation that Snow was pimping him out to wealthy Capitol patrons is skimmed over, to the point where I wondered why they bothered to include it at all. 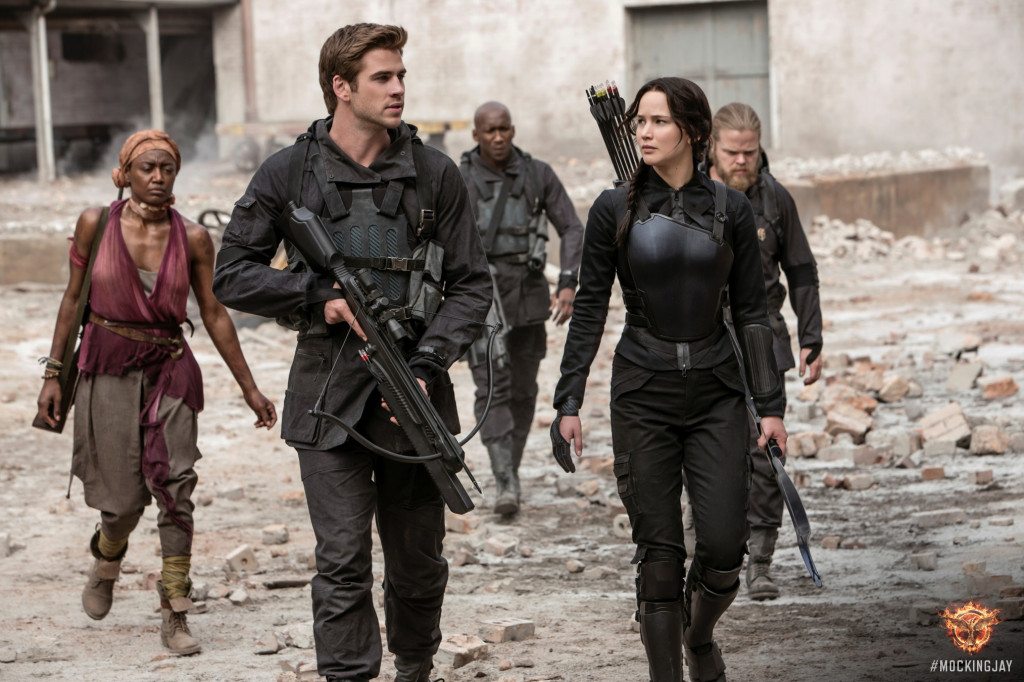 The now seemingly-ubiquitous decision to split the final instalment, Mockingjay, into two parts was clearly stems from the studio’s desire to milk this cash cow as long as it can. Like a lot of people, I’m not wildly keen on Hollywood’s obsession with splitting novel adaptations into multiple parts. At the best of the times you simply leave after the first part feeling unsatisfied because you’ve only seen half a film (Harry Potter), and at worst you begin to contemplate assassinating the director so they can stop clogging up cinemas with overindulgent tripe (The Hobbit).

With Francis Lawrence’s intuitive handling of story, Mockingjay does a significantly better job of justifying its run-time than most two-parters. It’s an instalment that will please die-hard Hunger Games fans, but with the risk of alienating the casual viewer.