Should You Buy A PlayStation 4?

After a fit of Black Friday-induced madness I recently found myself in possession of a PlayStation 4. My bank account won’t be recovering any time soon but, with an exciting year for games coming up (see Bloodborne, No Man’s Sky, MGSV), the time seemed right. Now that I’ve unboxed the thing itself, installed all the necessary patches, and actually played some games, I thought I’d share my first impressions on Sony’s latest sortie in what I guess we’re still calling the “console war”. [divider]

The first thing to note about the machine is just how damn handsome it is in the (plastic) flesh. I’ve been living with the original PS3, the one that looks like a George Foreman grill, since 2007. I warmed to its monolithic charms but it’s still an unwieldy piece of hardware. In contrast the PS4 is sleek and ultramodern. It’s geometric and angular, with a matte finish presumably designed to infuriate amathophobics like myself (that’s people with a fear of dust, according to the internet). Pictures can’t do justice to the feeling of having such a stylish new machine under your TV. I also haven’t got bored of the strip of light that bisects the console every time you turn it on.

The new controller is similarly impressive, if perhaps not as easy on the eyes. It’s a marked improvement on the Dualshock 3, with chunkier triggers and analogue sticks that offer a better grip. I’ve yet to see the touchpad be used for anything more than gimmicks but it’s a nice addition, likewise the speaker and light bar embedded in the controller. The latter is largely redundant without the compatible camera but developers seem to be finding creative uses for it. For instance in GTA V it flashes red and blue when the police are chasing you before returning to a steady green when you are safe. Not exactly revolutionary, but it’s the kind of thing that’s fun to show off to passing housemates. 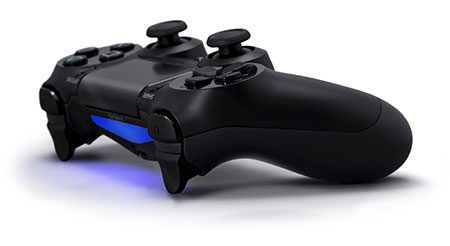 Things on the software front are less impressive. The menus are more streamlined than the PS3’s XMB system, which could get a touch bloated, but it feels like Sony may have gone too far in the other direction. Navigating between features can feel oddly cramped and counter-intuitive on the PS4, especially compared to the Xbox One’s handsome interface. I’ve also spent more time than I’d like waiting for patches to download and for things to install, although there’s been significant improvement here over the notoriously dithering PS3.

Of course these things can be fixed in due course and with the PS+ subscription service now all but mandatory -games can’t be played online without it- I’ll be expecting good things from Sony’s online offerings. Shelling out an extra £40 yearly for online play isn’t ideal but the deal is sweetened considerably by the prospect of free games every month.

the PS4 will live or die by its games, in sales and in our affections

Ahh yes, games. For all that I talk about aesthetics and menu layout, the PS4 will live or die by its games, in sales and in our affections. Through deals and some aggressive trading-in, I’ve had a chance to play GTA V, The Evil Within, Driveclub, Injustice: Gods Among Us and The Last of Us Remastered. It’s been a good few days.

My initial reactions have been positive, with a few caveats. The Last of Us and GTA V (the latter now with an entertaining first-person camera) are brilliant, but then again it would be more surprising if they weren’t. They’re probably my two favourite games of the last 5 years and replaying them with improved graphics has been a joy. I don’t know that the new features justify the price of the whole console, especially if you’ve had your fill on last-gen consoles, but if you haven’t played either of them then PS4 is the place to do it. 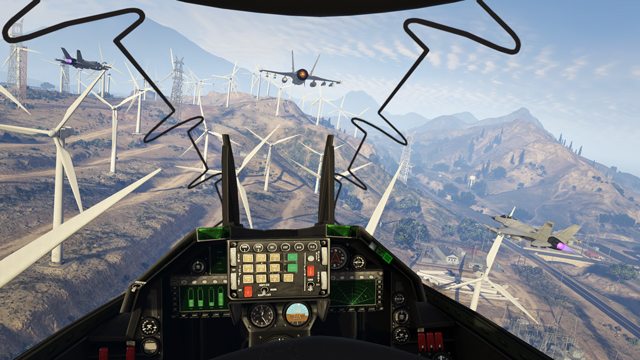 Injustice: Gods Among Us, the fighting game with characters from the DC Universe and this month’s free title on PS+, is great fun. Even if you don’t care about comics, there’s a childish thrill that comes with flying around as Superman or feeding your enemy to a great white shark as Aquaman. It might not be the most dramatic way to show off the technology but it’s a solid brawler and well worth the £0.00 I paid for it.

The Evil Within is a little more interesting. It’s a touch clunky but it’s also the spiritual successor to Resident Evil 4 AKA The Best Game Ever Made so there’s plenty of fun to be had with it. Sadly Driveclub, with its faltering online features and commitment to realism, is not for me, although I’m sure motoring fans will get some fun out of it. Driveclub also takes the trophy for ‘Best Digital Windblown Petals’, so there’s that.

The only gripe to be had with these games is that, with the exception of Driveclub, all of them are available in some form on earlier, less-powerful machines. After more than a year of this hardware cycle it still feels like next-gen (current-gen, I suppose?) is being held back by the limitations of consoles that are now getting on for 10 years old. I appreciate the financial realities of developing expensive games and I’m not even hugely fussed about graphical fidelity. It just feels slightly anticlimactic to spend so much money to only get a slightly better version of what I had already. 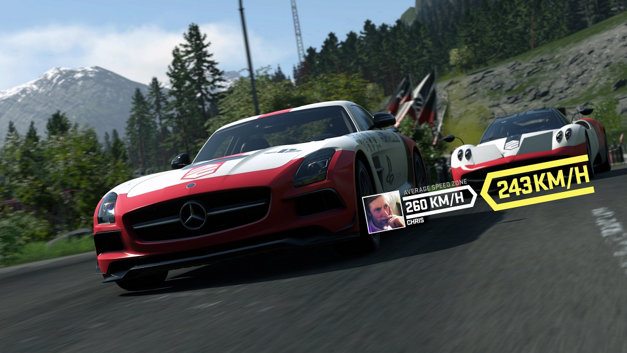 These criticisms can be attributed more to my expectations than any real problems with the machine itself. After months of marketing and hype from the press, I was expecting the PS4 to amaze me from the offset. Instead it quietly impressed, and promises to deliver more over the next few years.

So should you buy a PS4? Well, maybe. It’s still carrying a hefty price tag and I feel like we’re yet to get our first definitive next-gen game. Nonetheless I’m looking forward to getting used to having the console as a permanent fixture in my living room and it’s exciting to know that things will be getting better every month. Sorry for that terribly noncommittal answer. Now if you excuse me I’ve got a date with the tallest skyscraper in Los Santos for some first-person base-jumping. [divider_top]

Have you got a next-gen console or are you yet to be convinced by the PS4 and Xbox One ? Tell us your thoughts on our Twitter, @Boargames.