I’m getting a little concerned about David Fincher’s state of mind. He’s an undeniably talented director, but why does he keep making films about horrible people? After coming to prominence with a film about grisly serial killings, he’s gone on to cover home invasions, fight clubs, angsty Harvard students, and gruesome serial killings, but this time in Sweden. Now he’s back with a movie about domestic violence and suburban misery. Luckily, it’s pretty excellent.

Adapted from the novel of the same name, Gone Girl drops us into the lives of Nick (Ben Affleck) and Amy Dunne (Rosamund Pike), an unhappily married couple in suburban Missouri. He runs a bar and she pays for it with money from her parents’ ‘Amazing Amy’ book series, which are essentially embellished biographies of their daughter’s life complete with overtones of disappointment. On their fifth wedding anniversary Amy disappears under suspicious circumstances and Nick finds himself at the centre of a media storm that looks increasingly like a witchhunt.

I’m not going to say any more for fear of spoiling a twisty and very enjoyable story but this makes talking about the bulk of the film quite difficult. It’s built around misdirection and surprise so if you’re inclined to watch it (and you should be), I’d recommend avoiding the internet until you can get yourself to a cinema. It’s a film best enjoyed with as few preconceptions as possible.

This isn’t to say that Gone Girl is just a parade of cheap shocks. In fact it imbeds its reveals in such a fascinating and insidious manner that you probably won’t realise or won’t care that it’s a little bit silly at times; resist your urge to unpick the holes in its logic and you’ll have a much better time.

The story is divided into alternating segments from Nick and Amy’s perspectives, spreading screen time evenly between the two stars. It is a pretty devious structure that the film uses to great effect, never quite letting you know who to believe, a dilemma made harder by the fact that both leads deliver stellar performances.

Ben Affleck spends much of the film looking like he would really rather be somewhere else. This doesn’t sound like a ringing endorsement but it’s perfect for the world-weary Nick. The role is a high-wire act between sympathy and disdain and Affleck delivers completely. This may finally be the performance to silence the controversy over that upcoming film of his. 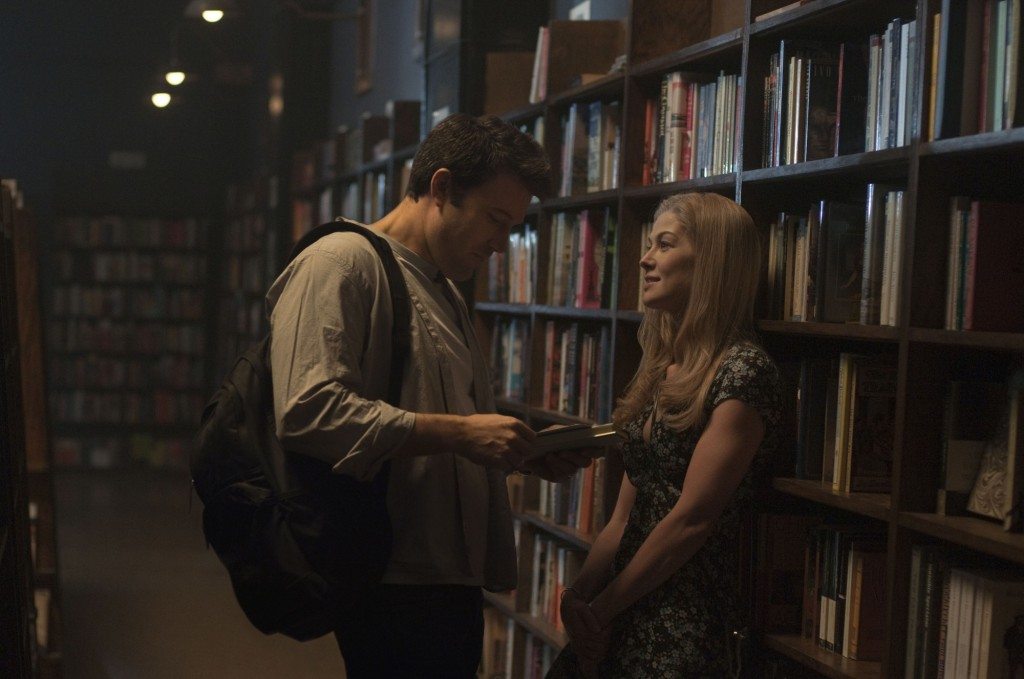 With this, his tenth film, David Fincher proves himself again as one of the most assured directors working today and sets this film season off to a strong start.

The only problem is that he has to share the screen with Rosamund Pike who frequently threatens to steal the entire film with some career-best acting. I found Amy to be weirdly passive at first, but as the film progresses so does the impressive scenery-chewing from Pike. Expect to be seeing a lot more of her in Hollywood over the next few years.

The supporting cast is equally memorable with the stand-out being, of all people, Tyler Perry. His sly defence lawyer only makes an appearance in the film’s final act, but he arrives with such delightful smarm that I kind of want to spend my entire word limit talking
about him. Neil Patrick Harris is less successful as Desi, a wealthy ex-boyfriend of Amy’s; it is fun to see him getting stuck into a dramatic
role but he feels a little underused.

Gone Girl is a handsome film, a film that is about as well made as they come. Fincher is on top directing form, keeping the pace taught across the hefty 150 minute running time. Returning collaborators Trent Reznor and Atticus Ross turn in a great soundtrack that manages to be hugely unsettling without ever sounding like it’s trying to be. Expect to see this win big in technical categories when the Oscars roll around next February.

The film is at its best when it nails this satire, openly skewering some of the most unsavoury elements of our society. This intelligence raises Gone Girl above the level of the simple thriller, although it packs in plenty of excitements too. With this, his tenth film, David Fincher proves himself again as one of the most assured directors working today and sets this film season off to a strong start. 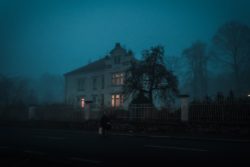 Ready or Not: Review