Student trips cancelled due to liquidation of travel firm

A number of Warwick students who had booked trips to climb Kilimanjaro, Inca and Everest as part of a fundraising effort with Students’ Union (SU) society Raising and Giving (RAG) have had their trips cancelled due to the liquidation of travel firm Student Adventures (GBCE Ltd).

No Warwick students were overseas on trips at the time of the news breaking, but around 40 adventurers were due to fly to Nepal, Tanzania and Peru on September 1 and September 5. These flights have now been cancelled.

The disruption was caused by the travel firm Student Adventures (GBCE Ltd), a business specialising in challenges for charity, going into administration in the middle of its summer season.

The company’s accountants Smith Cooper, Jock Wright from GBCE Ltd said: “We regret to inform all of those who have booked with us that, unless you are informed to the contrary, all trips going forward are cancelled and all reservations are therefore also cancelled.

“We believe that any trips booked before March of this year are covered by its ATOL protection scheme and should be entitled for a full refund.”

In a statement on their website, the SU said: “We would like to assure the student body that we are doing everything we can to advise and support those who have been affected by this.

“Please rest assured that we are liaising with charities, travel organisations, the NUS, NaSFA and the University to gather as much information as possible and work to resolve these issues on behalf of our members.”

Five charities were being collected for and as of the publication date of this article, only the Meningitis Research Foundation could confirm that all raised funds were secure. The other charities, Breast Cancer Campaign, Help For Heroes, Epilepsy Society and Practical Action, are keeping their websites updated with the latest news.

In an update the SU added:

We strongly advise students against using other services or third-party providers to make alternative arrangements at this stage, irrespective of what they may or may not be offering.

Andy King, president of Warwick RAG, told the Boar: “We have been overwhelmed by the support – from our SU, from charities, from other fundraising groups – and in particular University of Portsmouth SU who have made an effort to keep everyone in the know.

“I am beyond relieved to announce that no Warwick students were out of the country at the time. Though the students already on trips are having unaffected experiences, it allowed us to focus our efforts entirely on the one group affected: those due to fly out who couldn’t.

“Though the exact way forward is uncertain, the SU have been intensely involved in the process and have guided our every action to keep all students both physically and emotionally safe in the difficult procedure, having contacted all affected participants well within 24 hours and produced a guide explaining what to do.”

Absolutely appalling that #studentadventures haven’t had the decency to personally contact participants yet. — Alice (@ASWardy) August 29, 2014

The reaction of students, RAGs and the charities today has been phenomenal. Not surprised at all, incredible people #studentadventures — Tim Lucas (@DocTimLucas) August 29, 2014

The SU are collating some further answers to questions from students, and ask that they are emailed to this address by 12pm on Monday 1 September. The SU website will be updated with this information.

Isaac Leigh, societies officer at Warwick SU, said: “We completely sympathise with all of the students who have been affected by Student Adventures’ liquidation, and want to assure them that we are doing everything we can to sort out this difficult situation.”

A group of 40 students from the University of Nottingham had to abandon their flight to Tanzania at Gatwick airport on August 28, after being informed that the company had gone out of business and could provide no services once the students had reached the country.

Students from the universities of Oxford, Cambridge, Birmingham, Surrey, Kent and Loughborough were also due to depart for tours next month.

Some students travelling with Student Adventures are currently overseas, but it is understood that everyone is safe and will continue their trips as planned, with no itinerary changes.

Mr King added: “We are really pleased to hear that the SU are giving us the provisional green light to continue our Ugandan Gorilla Project, which will see us working exclusively through the charity East African Playgrounds to build playgrounds and meet wild silverback gorillas, and the Guatemala Volcano Trek, which will see us cross spires of fire in aid of Hope for Children, in the coming year as the providers for these brand new treks are entirely unaffected.”

The SU has provided instructions for students wishing to claim their money back here. Anyone with further concerns can contact Gerard Henry on 02476 572811, or can email this address.

Update, Monday 1 September: Accountants Smith Cooper are to send a letter to all those affected later this week about the reclaiming process. Students have been advised by the SU to create a list of payments made to Student Adventures, as well as downloading their ATOL certificate from the company’s website in case it is taken down.

Update, Wednesday 3 September: Student Adventures have posted an update on the current situation. It is understood that the charities involved are currently in the process of organising alternate provisions or rescheduling trips.

Check back for further updates from the Boar. 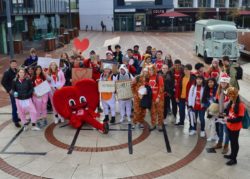 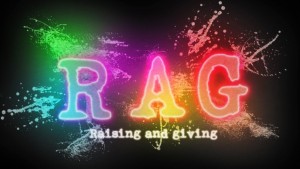