A response to the Hillsborough Wikipedia scandal

By Ibtisam Ahmed
May 9, 2014
Posted in National Sport, Sport

On the 24th of April, the Liverpool Echo broke the news that Government computers had been used to edit the Wikipedia page of the Hillsborough Disaster to include insults blaming and demeaning the victims of the tragedy. Alongside the despicable individuals who still hurl abuse during memorial matches and minutes of silence, this type of behaviour is unacceptable and unforgivable.

Liverpool fans, especially the families of the 96 who lost their lives on that fateful April afternoon, have had to face a lot of unjust criticism and accusations regarding Hillsborough. From the day of the tragedy itself, blame was subtly shifted onto those who died or were injured by the crush that happened at the stadium’s Leppings Lane end. Details such as the venue’s safety record and the incompetence of the police were glossed over.

For over two decades, LFC and its supporters fought to clear the names of the victims. “Justice for the 96” was not a slogan that was flippantly thrown about; it was a heartbroken cry for integrity that had long been denied. When the Hillsborough Independent Panel released its findings in 2012 and the original inquests were officially overturned, it seemed that these calls would be answered.

“Justice for the 96” was not a slogan that was flippantly thrown about; it was a heartbroken cry for integrity that had long been denied.

Due to the ongoing nature of the renewed inquest investigations, it is not possible to discuss details of the tragedy with any degree of certainty beyond stating that 94 Liverpool fans died at the stadium and 2 more died in hospital later, their ages ranging from 10 to 67. However, it is abundantly clear that police ineptitude made matters worse and that they influenced the subsequent perceptions of the event. Also clear is that the then Conservative administration did nothing to ensure impartial inquiries. At best, the authorities were indifferent to the slandering of the victims; at worst, they incited it.

This culture of blaming the club, the belief that the fans brought about their own demise, sadly permeated into many quarters. Of course, no LFC fan can ever forget The Sun’s despicable front page story purporting to tell “The Truth” about how hooliganism and alcohol led to the 96 deaths while the police were simply misunderstood heroes. But tabloids are not the only ones who indulged in victim-blaming.

Although the current footballing community respectfully stands united behind Liverpool, this has not always been the case. Rival clubs and their fanbases have an unfortunate record of disrespecting the tragedy in the past. Remnants of their animosity were seen this year when a contingent of Manchester United fans chanted “You’ll Never Walk Again” and “Justice for the 39”, the former a perversion of Liverpool’s anthem and the latter a dig at the club’s involvement in the Heysel Stadium Disaster. They were soundly criticised, including by the majority of their own fellow Mancunians, but their defiance is a shameful reminder that not everyone is capable of decency.

It is eerie that the distortion of the anthem is one of the changes that were made to the Wikipedia page, along with variations of “Blame Liverpool Fans”. Documents made public following a parliamentary question show that 34 IP addresses used to amend the page between 2009 and 2012 belonged to secure Whitehall intranet computers. The dates, falling either side of the 2010 General Election and, therefore, falling under two different Governments, indicate that there is the possibility of multiple individuals being involved.

Popular attitudes regarding Hillsborough have definitely changed over the years, especially since 2012.

There are those who might say that LFC fans are taking this tampering too seriously, that it is definitely a tasteless prank but a prank nonetheless. Some might even go so far as to claim that other clubs have had their own disasters – Man U’s Munich air crash a notable example – but do not kick up a fuss about slurs and slander, which are an unavoidable part of such a competitive sport.

But anyone who does say that, regardless of the sincerity of their intentions, fails to grasp the pain that Hillsborough represents. Yes, many other clubs have had their tragedies. Munich and Heysel are dark marks on the history of the sport and deserve full respect. JFT96 is not about gaining any sort of undue recognition; it is the demand that Hillsborough be seen in the same light. That people understand it was a horrific incident and that the parties involved are held fully responsible.

Popular attitudes regarding Hillsborough have definitely changed over the years, especially since 2012. I for one am extremely grateful for gestures like the donation of scarves from all teams across all divisions in the UK to make the number 96 on the Anfield pitch this year. But there is still work to be done. And, until the day comes when the defamation of this tragedy completely ceases, it is important for us to send a clear message to the families of the victims: You’ll Never Walk Alone. 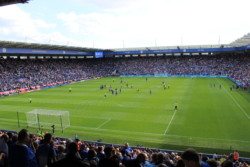 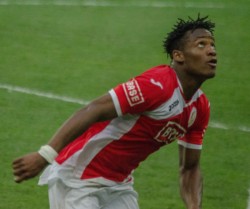