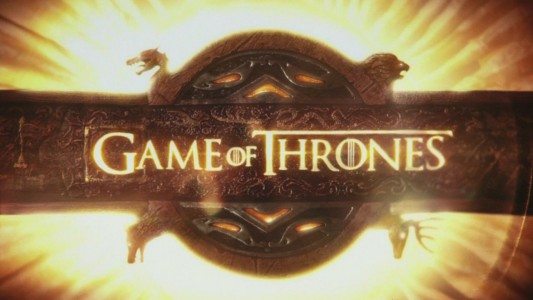 Across the last few seasons in Game of Thrones there has been so much action happening to so many people and in so many places, that it’s sometimes been difficult to keep up. This next season, however, there may only be one place you’ll need to focus on to get your fix of action and intrigue – King’s Landing.

A ‘Baratheon’ sits on the throne, but it’s the Lannisters who truly hold the power, for now at least. Joffrey is adding hundreds to his list of enemies every day, but it’s already been made abundantly clear that Tywin is the true king of the Seven Kingdoms (and of my heart). Cersei seems to be getting more fractured and paranoid as the war rages on, but will her reunion with Jaime bring her back some stability? Or at least as much stability as this not-really-that-secret incestuous gossip-bomb can offer. . .

This next season, however, there may only be one place you’ll need to focus on to get your fix of action and intrigue – King’s Landing.

Tyrion is getting more and more marginalised by his spiteful sister and resentful father, and King’s Landing is understandably looking more dangerous. This is particularly true when you consider what he stands to lose if Shae is discovered, and that ‘Ser Bronn’ is becoming just a little too pricey. Who will protect Tyrion now? We know that Podrick is quite the swashbuckler, but perhaps not in the way that Tyrion needs.

One of my favourite parts of the series is the interplay between Varys and Littlefinger. But with Littlefinger’s apparent plot with the Tyrells, it seems that the little man is winning. Will the wedding of Joffrey and Margaery go smoother than Rob’s? I somehow doubt it, and any sense of justice demands that it doesn’t. Though it must be said that George R. R. Martin seems to thrive on the tears and frustration of the fandom.

Then we come to the major new player – Oberyn Martell. Oberyn, also known as ‘The Red Viper’, is cunning, sexy, and dangerous. He’s like a mix of Zorro, James Bond and Charles Dance (look, I just love Charles Dance, ok?) What’s set to spice up his arrival is the fact that he comes bearing an intense grudge against The Mountain. Remember? He cut a horse’s head off. That guy. Incidentially, the latter has now been recast for a third time, and being portrayed by Hafþór Júlíus Björnsson, an actor whose name means “Thor, son of bear.”

And that about sums up all the drama and mayhem that’s set to go down in the capital this season. But I have missed out one major character – Sansa. Poor Sansa. Now all of her family is either dead or missing, she’s been bounced from engagement to engagement, and is nothing more than a political tool and a key to a broken kingdom. Will she ever find happiness? I hope so, but I doubt it lies in the sleazy, little love-boat that Littlefinger is set to steal her away on.

The North and Essos

After existing as little more than a gradually developing plot deviation and potential threat for the past three seasons, it is about time the Mother of Dragons was let loose. But all is not well: “How can I rule seven kingdoms if I can’t control a single city?” she asks. The trailer reveals to us that one of her freed slave cities is rebelling, as are her scaly, fire-breathing offspring. Finally in a position of power and a vast army at her control, Daenerys faces her next challenge – the challenge of leadership of both her people and her dragons.

Keeping back any visual of dragons until the last few seconds of the new season trailer, we see that Dany’s cute pets have grown to be a little bit more intimidating. “They are dragons, Khaleesi, they can never be tamed” says the sage voice of Jorah Mormont. The immediate future of her power is, at least in the coming season, uncertain.

At the Wall we once more have Sam and Jon Snow looking broody – not much has changed there. Does Jon know anything yet? We will have to wait and see. The Wildings have breached the Wall, but whether the Night’s Watch are prepared for this battle is uncertain. I’m expecting a standoff between Jon and Ygritte full of sexual tension and northern accents. The real mystery, however, is the image of Sam leaving a baby alone in the snow. It conjures up reminders of the baby sacrifices we have seen before now – and if this is happening next to the Wall then someone is in trouble.

Arya is even more vengeful than ever, a firecracker ready to explode that we have anticipated now since the first season. I hope that this is the season when she will finally come in to her own, the build up has been long enough coming.

Theon, or ‘Reek’, is still at the mercy (of which there is very, very little) of Ramsay Snow. Sister Asha is apparently on her way to the rescue – if there is much left of him by the time she gets there.

The Wildings have breached the Wall, but whether the Night’s Watch are prepared for this battle is uncertain.

Hodor, Osha and Rickon parted ways with Bran, Jojen and Meera at the end of season three. Still on their way to the Wall pursuing the three-eyed raven, the trio’s quest and the motivations of Meera and Jojen are all still a bit of a mystery to us. Glimpses of Bran in his warg state imply answers and explanations, or at least a deeper insight into the nature and extent of Bran’s powers – he is certainly one to watch.

The North is torn apart and what is left of the Stark family is scattered after the slaughter of the Red Wedding. The Wildings have breached the Wall. All order is giving way to chaos, and there is a feeling of a new world emerging for those who are strong enough to survive. There is a lot of expectation this season, especially from plotlines that have been developing slowly throughout the last three seasons, of which there could be some seriously explosive climaxes coming up.

Gallery image with caption: Game of Thrones Season Eight analysis – How it all went wrong 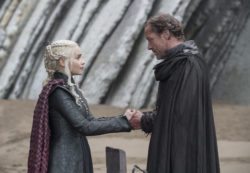