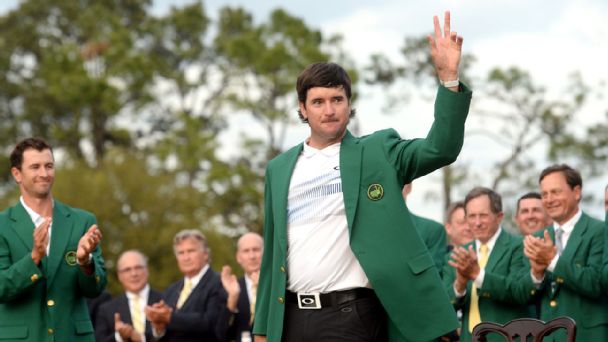 The 2014 Masters prove perfect for procrastination

As a procrastination tool, the Augusta Masters takes some beating. Hours and hours of BBC coverage can often resemble a slow death, but this tournament is the Easter gift that keeps on giving; four days of gruelling mental and physical examination which leaves its audience rooted to their couches.

In the absence of the injured Tiger Woods, golf aficionados wondered where to look for genuine star quality. Nobody quite expected 23-year-old Patrick Reed to gamely thrust his head above the parapet, claiming in early March, after he won the WGC-Cadillac Championship, that he “feels like one of the top five players in the world… I feel like I’ve proven myself” (no, me neither). The portly Texan, playing in his first Masters, was rebuked and jeered by players and supporters alike, and inevitably missed the cut. Good luck shaking off that stigma, Patrick.

Reed was not the only purported star to return with his tail between his legs. Three-time winner Phil Mickelson missed the cut for the first time in 16 years, as did big-names such as Luke Donald, Sergio Garcia and Ernie Els. Rory McIlroy only just earned the right to play the final two rounds, ending on even par for a first top-ten finish in the Masters, but at no point looked like sealing the victory so many had tipped him for.

The winner, of course, was the gloriously-named Bubba Watson, an endearing enigma whose propensity to burst into tears belies his steely resolve. Watson, 35, is definitively old-school, eschewing intricate technical detail in favour of a free-flowing, individual approach. With his chest puffed out defiantly as he strides between holes, Watson possesses an unusual charisma which suits golf’s introspective requirements. By adding another green jacket to his 2012 triumph, finishing on -8 in the process, he has definitively ensured that he will go down in Augusta folklore.

He was pushed all the way, however, by compatriot Jordan Spieth. At just 20, Spieth displayed a maturity beyond his tender years, and looked set to complete the unlikeliest of triumphs when he established a two-shot lead on the front nine in the final round. Alas, the pressure got to him, and his exasperated gesticulations grew all the more weary as Watson pulled ahead, like a driver gradually accepting that his car engine isn’t going to start. He finished on -5, three shots behind Watson, joined by Jonas Blixt, whose consistency at major tournaments will surely propel him into the thinking of Paul McGinley, Europe’s Ryder Cup captain.

This was not just a tournament for youthful pretenders, though; far from it. In third place was the evergreen Miguel Angel Jimenez, whose notorious fondness for wine and cigars often sees him gently patronised by commentators. Now 50, Jimenez stormed up the leaderboard to finish just four shots behind Watson, and in doing so epitomised one of golf’s greatest characteristics: it does not discriminate on grounds of age. 55-year-old Fred Couples proved this, too, spending much of the tournament under par before falling away near the end.

Poulter needs to be quietly reminded that he draws quite enough attention to himself with his cringeworthy on-course attire without his self-indulgent snivelling.

As for the Brits, there was plenty of hope but little end product. McIlroy was pipped by Lee Westwood, who perpetually threatens to deliver Masters glory but is so often let down by his short game. Fortunately, there wasn’t the agony of his second-place finish in 2010; even he appears to be resigned to creditable top-ten finishes these days, despite a third-person insistence, worryingly reminiscent of Paolo di Canio, that “the person who wants to see Lee Westwood win a major more than anyone is Lee Westwood.” Two shots behind him was US Open champion Justin Rose, whose eloquence off the greens is paralleled by his neatness on it.

A shame Ian Poulter isn’t so measured: the extrovert Ryder Cup specialist again spiralled into melodrama, branding himself “disgusted” after two strong middle rounds of 70, and tweeting afterwards that a final result of +2 was his “biggest disappointment to date”. Never shy of expressing his opinion, Poulter needs to be quietly reminded that he draws quite enough attention to himself with his cringeworthy on-course attire without his self-indulgent snivelling.

But who am I to complain? Despite all the scepticism stemming from Woods’ absence, this was a captivating tournament which saw a deserved winner in Watson, incipient springs of hope from young Spieth and a sparkling performance from Jimenez. The tournament would, of course, have benefitted from a Woods-shaped dollop of stardust, but the game of golf is in fine shape without him. 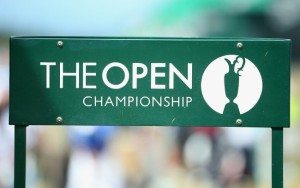 More Open than ever before