Squeezing the most out of the matches. photo: Warwick Squash

After last year’s win in Varsity by the Warwick Men’s first team, there was a lot of pressure and expectation on our shoulders.

With the introduction of the second team into Varsity after last year’s narrow friendly win, there were twice the amount of points up for grabs.

Coventry were shorn of their three star performers from last year, so we assumed it would be a straightforward victory.

However, we lost our second-ranked player to injury and, just days before the big match, Coventry brought back a player on placement. It was enough to give our rivals a glimmer of hope.

Fifteen minutes before the action got underway, there was a short team briefing to rally the troops and at the same time to remind the players of the win that we – and everybody – expected.

We began with two matches from the first and second teams, starting with the fourth and fifth player of each team.

From the word go, second-teamers Samuel Horne and Daniel Norman were on top of their fellow opponents, not giving them an inch. First-teamers Shawn Gubbin and Robert Clayden didn’t start off too well, though, with some sloppy squash.

Despite the initial fright, Gubbin and Clayden rallied to give Squash the best possible start, and both team matches lead 2-0.

It was a similar story when the second and third-ranked players from each team went on court. Second-teamers Mark Godfrey-Evans and Matthew Eggington came through early scares to prevail, but first-teamers Mark Le Conte and Martin Thompson had a slightly more difficult task against two very experienced players. Although it was going to be a close match, it was a battle that we were confident of winning.

Commendably, Le Conte and Thompson controlled their matches, each securing a 3-1 win and thus securing all the Varsity points from squash.

Even though both matches were already decided, the highest-ranked players of each team were yet to take the court. Second-teamer Raghul Ventakesh and first-teamer Mark Low both won 5-0 against their demoralised opponents to secure a comprehensive whitewash.

It was heartening to see Sports Officer Zoe Buckland supporting us from the balcony – a testament to the club’s hard work this year, and where there were more Varsity points on offer than ever before.

The atmosphere that night was simply outstanding with the balcony of the squash courts filled with spectators to witness our utterly deserved victory. Let’s see what next year brings!

We began with two matches from the first and second teams, starting with the fourth and fifth player of each team. 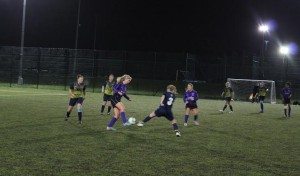 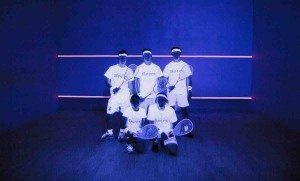 UV Squash returns with a vengeance 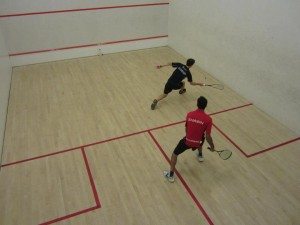 Squash will not dilute their achievements 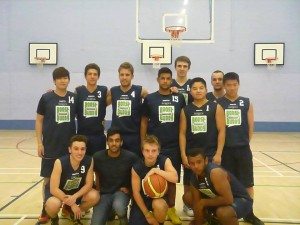