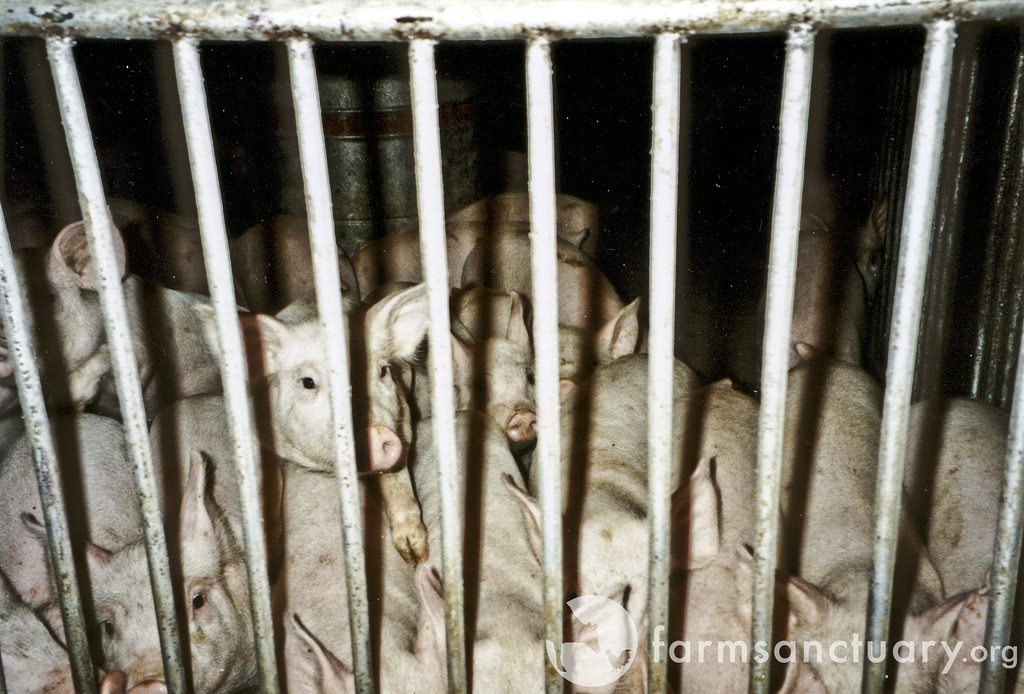 Genetic modification refers to the process of altering the DNA of organisms (e.g. plants or animals) in order to fine-tune certain characteristics or to eliminate undesired traits. For example, food crops can be genetically modified to improve taste, resilience or yield. Nowadays though, the field of genetic engineering extends far beyond vegetation.

The Beijing Genomics Institute (BGI) runs a self-proclaimed cloning factory for pigs, producing 500 clones annually for food and medical testing. An unfertilised egg is taken from a sow, and the DNA material inside the egg is removed. Donor DNA from a second sow is then fused with this empty egg, which is implanted back into the original sow. As the egg is fertilised only with DNA from the second sow, its clone pig is born from the first sow surrogate. The BGI uses a team of 30-50 people to preform two of these implantation procedures each day, with a success rate of 70-80%. The procedure is low cost, efficient, and is referred to as ‘homemade’ cloning.

Pigs are genetically similar to humans, and so a large batch of genetically identical pigs provides a good model for disease monitoring and medical testing. Several different genetic modifications are performed at the BGI. For example, some pigs have been genetically engineered to make them more susceptible to Alzheimer’s disease, others have stopped growing at the age of one due to the removal of a growth gene. The scientists at BGI are also very interested in gene sequencing: a way of identifying the individual building blocks of genes, effectively ‘reading’ DNA. The institute has 156 gene sequencing machines which work to compute DNA 24 hours a day. They are capable of decoding five times the amount of DNA than the largest gene sequencing centre in Europe, the Trust Sanger Institute, which has only 30 machines. Mapping genetics in this way improves the understanding of organisms, helping identity genes which play key roles in certain diseases. According to Dr. Wang Jun, BGI’s chief executive, “If it tastes good, you should sequence it.” The BGI is aiming to document the genetic makeup of millions of different organisms.

Meanwhile in Japan, scientists are pushing the boundaries of genetic engineering by working with animal chimeras: hybrid animals containing genetic material from two distinct organisms. There is nothing untoward about these genetically modified animals in appearance, yet they carry cell tissue of a different species. At Meiji University, Tokyo, Prof. Nagashima is working with chimeric pigs. The genetic material of a white pig is taken and the gene responsible for the development of the pancreas is targeted, and deactivated. Stem cells from a black pig are then fused with this genetic material. The white pig is able to develop normally, but genetically its pancreas is that of a black pig, making it a chimeric species. Prof. Nakauchi of Tokyo University has carried out similar research, using the skin cells of a brown rat to grow a pancreas inside a white mouse.

The next logical step is the creation of human-animal hybrids for organ donation. Using a similar procedure to Prof. Nakauchi, it is believed that human skin cells could be used to grow human tissue inside pigs. The organs grown would be genetically identical to the donor of the skin cells, making those patients ideal candidates for organ transplants with no chance of rejection. However, this research is surrounded in controversy. Animal rights activists protest the use of animals as effective organ factories, and the creation of animal-human hybrids is illegal in Japan. Prof. Nakauchi is currently pushing for a change in legislation, but if unsuccessful, his research may have to be moved to the US where such restrictions are not in place.
It is clear that genetic engineering has exciting future prospects, with immeasurable medical applications. However, progression comes at a cost and calls certain ethical issues into debate. With different countries around the world giving different guidelines, research is an uphill battle.