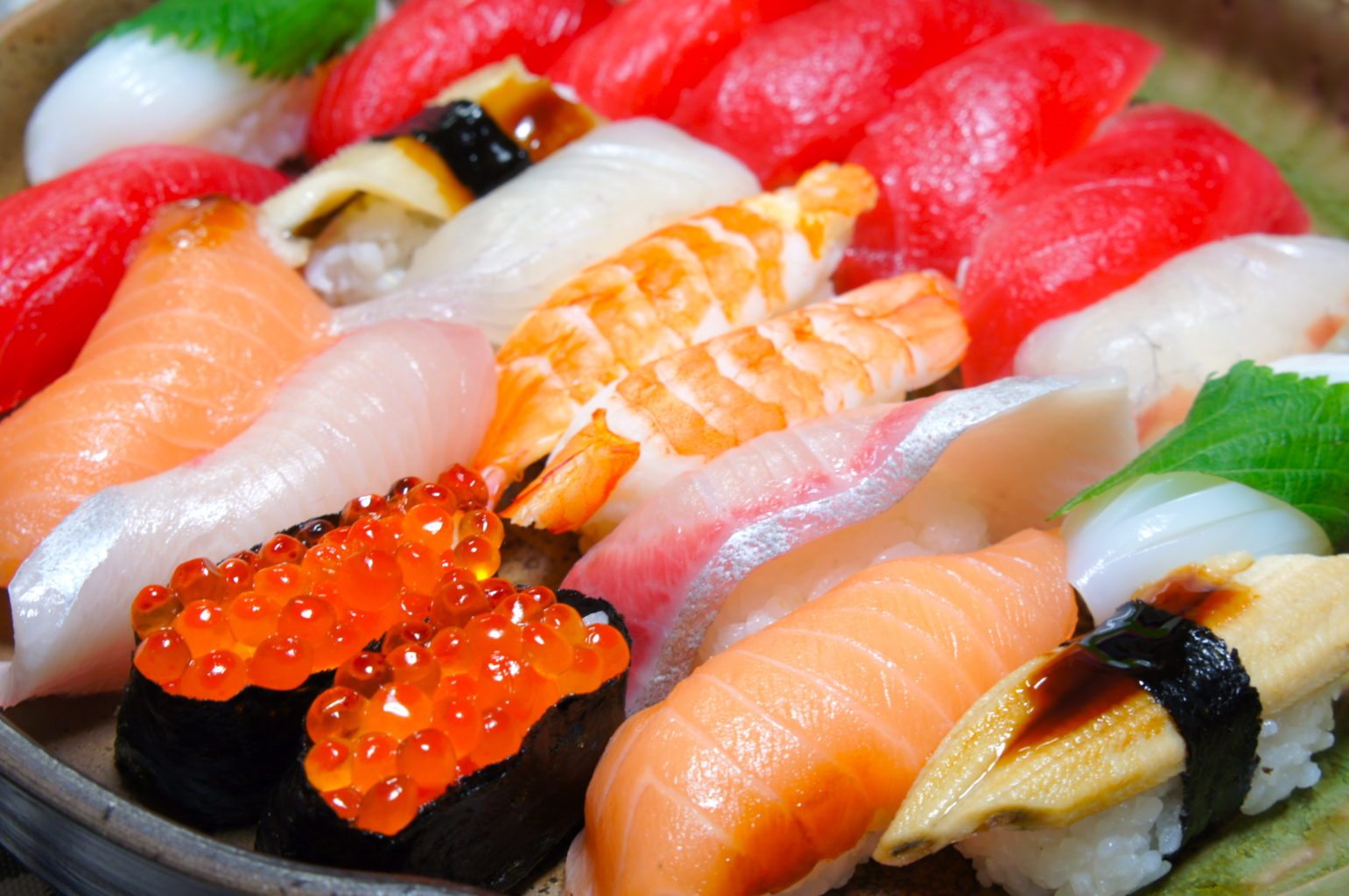 Did it spring up overnight? Was it just a post-Smack hallucination? No, it’s called Auradaze, the place to fill your face with the latest sushi craze, as reviewed by Henrietta Bennett.

My Wednesday mornings after Smack (what else?) have consisted of a desperate struggle to find my ultimate hangover cure –sushi. This isn’t a new craze; at home sushi is easily available, ready for delivery and almost never bad. Unfortunately, the Warwickshire area was not as quick to catch on to the sushi craze. In first year ‘Yakki Sushi’ was my go-to restaurant, but with delivery only starting at 5pm it wasn’t what I had hoped for. When my craving for a decent avocado maki got too much, a cry for help on Facebook brought my attention to the Japanese deli in Leamington: Auradaze.

Excited for our new sushi adventure, a friend and I walked up to Bedford Street to find this mysterious place. Whilst ideally located in the centre of the parade, Auradaze keeps its authenticity by hiding behind the cosy charity shops down Regents. The sign is not too clear, but our eager snouts led us towards the salmon.

Walking in, we were surprised to see only two workers: both white, both British, and both the friendliest people you’ll ever meet. It is extremely refreshing to walk into a restaurant where you’re treated like a human being and not just a walking wallet. Immediately, one of the owners grabbed our hands, smiled and told us how the company had started. Having this intimate conversation taught us that the chef had lived in Kyoto for years and had perfected the art of sushi. The airy music and fake grass in the building puts you right into a dream of restaurants in Tokyo, but as sushi connoisseurs, we were going to let the food do the talking. 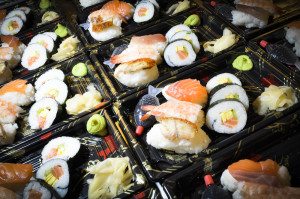 As we ordered (mainly salmon and avocado based, who doesn’t love the classics?) the manager started asking us about our sushi history. While the sushi took time to make, she was creating an experience for us, allowing for time to be forgotten as the sushi was made in front of our eyes. As a small, open-plan restaurant, it was easy for the chef to contribute to the conversation too, a conversation between friends. A silent agreement was made between me and my friend that even if we didn’t like the sushi, we were coming back to this cosy environment. Luckily when the sushi finally came we were impressed.

Thick salmon sashimi topped perfectly rounded nigiri rectangles. The avocado was fresh and tender, not under-ripe as many restaurants try to get away with. The manager suggested a salmon-skin roll, saying she loved it as her ‘little treat’, and boy was I impressed. The mix of crispy, fresh salmon-skin wrapped round in a thick maki was the perfect combination of textures to make my tastebuds tingle. Although, for the amount of sushi we ordered I feel as if it was too much; the rice is rolled very thickly so I would advise not to order too much as it will fill you up, and empty your wallet.

The only major criticism I have of Auradaze is that it is very expensive. You’ll end up paying around £25 if you want a full meal, or even if you’re just a sushi enthusiast. However, do not let this discourage you from going as you are paying for the experience. The people in this restaurant are caring, lovely people, and with only two members of staff, they’ve got to make a profit somehow. It’s easy to tell they use the best rice and the most amazing fresh salmon. They are not the type of people to short-change on quality, but unfortunately it often means expensive receipts.

Overall I find Auradaze amazingly satisfying. While they do not do delivery, the manager gave us her number the first day we went, telling us to call them an hour or so in advance for them to prepare food for us to pick up. This has worked wonders for hangover days as it’s only a short walk from most student accommodation in Leamington Spa. This is a wonderful addition to Leamington and I highly encourage you to visit, just make sure to fill up your wallet AND TRY THE GREEN CHAI TEA!