On the final weekend of the school term, Warwick University sent two teams to compete in the annual University of Sheffield International Students Team competition (USIST). This competition serves as a unique opportunity for male and female Judokas to fight alongside each other, as each team was required to feature 2 females and 4 males. With 24 teams contending for the trophy, many strong Judokas were on show at the competition, including ones from top judo university squads such as Edinburgh University and Muenster University.

The Warwick B team faced a tough competition in its group pool, which included Muenster University, a German university with strong sports pedigree. Warwick performed admirably despite the tough competition and placed second in the group after beating Sheffield B and Bristol C.

In the subsequent knockout stages, Warwick faced off against Birmingham University. In the tough fight that ensued, Warwick fought bravely but were unlucky to be beaten 4-2 against their Midlands rivals. This unfortunate result is in no way reflective of the great Judo and intense fighting spirit that was on show from the Warwick fighters. In particular, Jono Nicholas and James Conell both showed off great Judo and pull off some incredible Ippon throws, highlighting the tremendous progress they have made over the year.

The Warwick B team faced a tough competition in its group pool, which included Muenster University, a German university with strong sports pedigree.

Warwick University’s spirits were not dampened by the loss of its B team, however. The A team had a terrific run in its group stage and managed to steam-roll over all the opposing universities. The highlight of the group fights was the thrilling match between the Warwick fighters and a team from Edinburgh University. Warwick sealed the match with spectacular Ippons from star players, Pierre-Antoine, Tiago Cardoso and team captain, Yanjun Deng. This fight paved the way for Warwick to emerge top of its group.

The team then went on to demolish University of South Scotland 6-0, and Cambridge University 5-1, in the knockout stages. In the semi-finals, Warwick University stepped up its game once again and performed a clean sweep of 6 Ippons over the home team, Sheffield A. The highlight of the match was the swift and ruthless groundwork display by Thomas Grandjean, forcing his opponent to submit with an elbow lock. This victory set Warwick up for a nail-biting finale with Muenster University, which ultimately developed into one of the most exciting matches in the history of this competition. 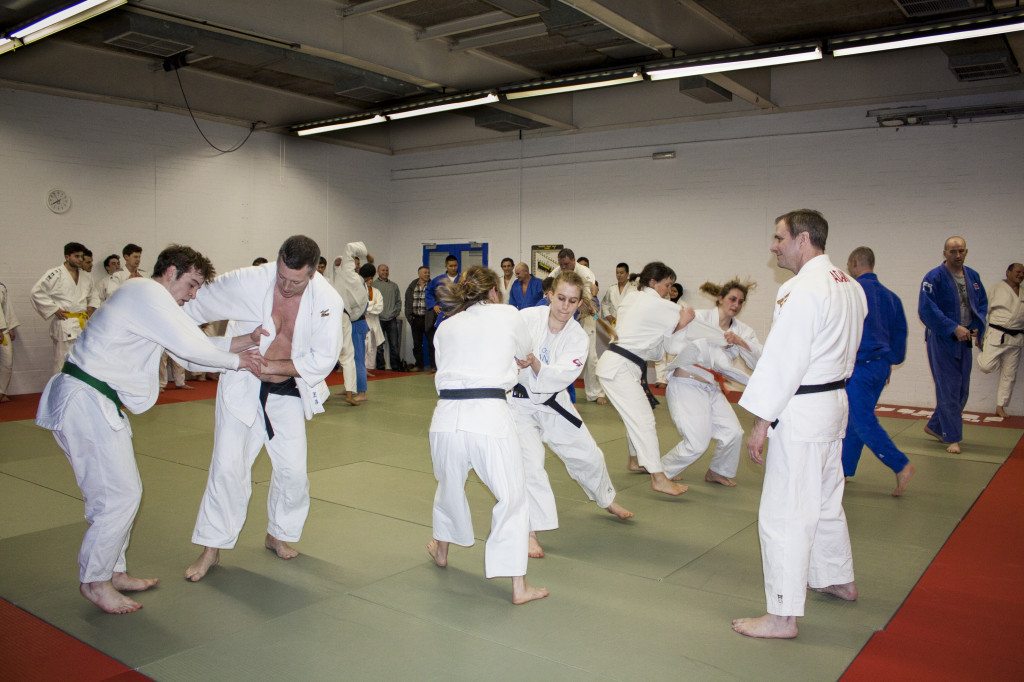 The Warwick Judo team in training earlier on this year. Photo: Sudeep Gurung.

Warwick’s Sophie Cox was at the top of her game as she dispatched her German rival efficiently with clean Ouchi-gari in just three seconds. Imogen Moland was up next. She had a long and drawn out battle of attrition with her opponent. She ultimately conceded a loss after suffering from a late penalty due to a controversial decision from the referee.

Pierre then stepped up and provided an outstanding demonstration of Ippon Judo, as he schooled his opponent with spectacular attacks from all angles and positions. Despite the efforts of his German rival to dodge the vast array of attacks, Pierre finished off the match with a stylish Koshi-guruma to push the advantage back in Warwick’s favor. Following this, Tiago absolutely smashed his opponent with a massive hip throw in mere seconds, capping a spectacular day for the -81kg powerhouse who scored seven Ippon victories in total.

Unfortunately, the next Muenster University fighter proved to be too powerful for our Warwick fighter, Thomas Grandjean. He fought bravely but was ultimately caught with a Seoi-nage, leading to his defeat. At this point, the score was finely poised 3-2 in Warwick’s favour.

This victory set Warwick up for a nail-biting finale with Muenster University, which ultimately developed into one of the most exciting matches in the history of this competition.

Deng, Warwick’s captain stepped onto the mat for the final match of the day against the best fighter from the German team. A long and tough fight unfolded, with both players taking turns to lead on penalties. Ultimately, the German fighter proved to be too quick for Deng as he managed to perform a drop Seoi-nage in the final minute of the match, scoring a beautiful Ippon. This meant the score was tied at an unprecedented 3-3, with equal Ippon victories by both teams.

The crowd went crazy as a tie-break match was announced between Deng and his opponent from Muenster University. Yet, it was ultimately not Warwick’s day as Deng lost out after yet another long, gruelling fight. Despite this loss, the Warwick warriors held their heads high as they gave their rivals and the crowd some of the best fights witnessed during the day. They lost after giving it all they had got, and they demonstrated the true Judo spirit in fighting till the very end.

The silver medal attained by the Warwick Team A placed her as the top British university in the competition, capping off a fantastic day for all the Warwick Judo fighters. 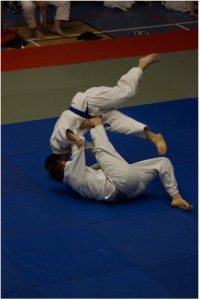