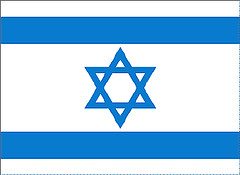 This week is Israeli Apartheid Week, in which many institutes across the globe put on various events in order to raise awareness of, and thus challenge, Israel as a state complicit in apartheid.

In response to Israeli Apartheid Week, however, some have launched a social media counter-campaign, in which students depict themselves holding placards explaining why they think Israeli Apartheid Week is a damaging, or even anti-Semitic, idea and why we should concentrate on more ‘pressing’ or ‘worthy’ issues such as civil war in Syria, or gay rights in Russia.

Admittedly, depending on your view, conflating the Israel-Palestine situation to an ‘apartheid’ may seem highly reactionary and hyperbolic. I will be the first to concede that use of the term ‘apartheid’ is often rather problematic, and when hijacked to sensationalise mere controversies or more minor injustices which simply do not carry the same weight, or damage, as the suffering under apartheid South Africa, it can be a rather insensitive and insulting term. For example, Richard Dawkins’ equating the albeit sometimes questionable practice of gender segregation at UK universities to a ‘sexual apartheid’.

Admittedly, depending on your view, conflating the Israel-Palestine situation to an ‘apartheid’ may seem highly reactionary and hyperbolic

Personally, I see no reason why a state which inflicts military checkpoints on Palestinians (including school children), which consistently breaks the Fourth Geneva Convention by building internationally-recognised illegal settlements upon Palestinian land, and not to mention the West Bank Barrier, which provides no less than 430 miles of unwavering Palestinian confinement and oppression (evoking a chilling resemblance to the Berlin Wall) should be referred to as anything short of an apartheid. Let us not forget, after all, that Mandela, himself, was an avid supporter of the Palestinian plight.

However, aside from the technicalities of the wording of Israeli Apartheid Week, and whether or not one believes Israel to be complicit in apartheid, the sheer importance of this week remains – especially when only recently the incredibly controversial figure, Ariel Sharon, was painted as a hero in the Western media.

It is imperative to reiterate that campaigns opposing this week seek to delegitimise supporters of Palestine by imposing reductive binaries and generalisations. To critique the politics of the state of Israel is not anti-Semitism – indeed, many Jewish organisations such as Jews for Justice for Palestinians also oppose Israel. Similarly, as a Muslim woman, I abhor the politics of Saudi Arabia – does that make me an Islamophobe?

We must not ignore Palestinian blood because the news has deemed Syrian blood more worthy of attention; as citizens of the world, our support and empathy for struggle and strife must be universal. Contrary to the arguments of some, let us then realise that we are perfectly capable of simultaneously opposing Putin’s homophobia, Assad’s slaughter, and Yanukovych’s corruption without having to erase Palestine from our concerns. 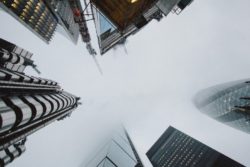