Worth Getting in a Flap about?

Flappy bird, we hardly knew ye. For the past few weeks the internet has been scarcely able to talk of anything but this free mobile game – a combination of frustrating gameplay and crude Super Mario knockoff visuals that make the protagonist’s bulbous beak look more like a giant pair of lips.

It was hardly original, either: the formula of navigating a bird through a series of green pipes by tapping the screen to flap its awkward little wings aped everything from old arcade titles like Lunar Lander to the helicopter games that once dominated school computer science classes.

And yet Vietnamese developer Dong Nguyen was reportedly making $50,000 a day from the game’s ad revenue before he made the sudden announcement on Saturday that he was removing it from the market. So how did this ugly, awkward game become the most-downloaded app on the Google Play store?

Gameplay-wise, there are a couple of things that made it a little bit different. Instead of scores that reach the thousands or millions, most people do well to reach double figures, one pixellated obstacle at a time. In fact, the lack of any kind of margin for error (the bird perishes at the mere suggestion of a collision) means that every minor improvement requires a Herculean effort. Few things are as nerve-wracking as watching your score inch slowly upwards before the familiar, disheartening sight of your feathered companion plummeting to earth. 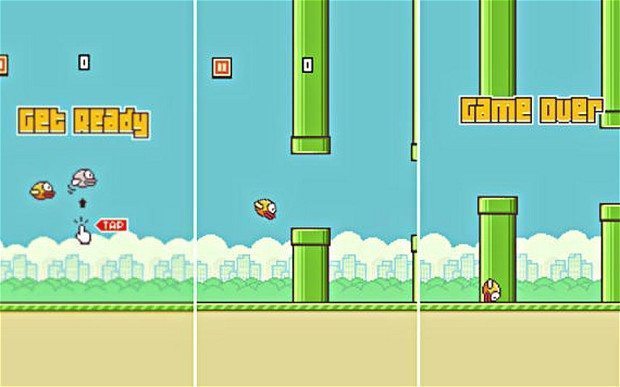 For those who still own the game on their phone, this development generally elicits two types of response: while some players quite sensibly realise that Flappy Bird is a game that you never truly beat until you delete the app, others immediately resort to the familiar mantras of “just one more go” and “I’ve got a good feeling about this one.” The latter is understandable given that, in theory, players can always improve. No pipe is more difficult than the others, and if you can pass one, you can pass a hundred more.

All of which helped level the playing field when it came to the frenzied pursuit of bragging rights. For a while, all you’ve been able to hear in my house is fingers tapping away at phone screens, followed by the occasional muttered expletive and the sound of smartphone hitting carpet at terminal velocity. Even now, the sheer endurance required to leapfrog your friends’ totals is worth it – if only because doing so ensures that, until you’re overtaken, you no longer have to play the damned thing.

But I suspect the appeal is also down to something else entirely – namely the avoidance of clutter. Want to post a competitive score on games like Temple Run or Dots? Not until you’ve spent enough gems/coins/actual cash on the extra upgrades that you’ll need to get there. There has been a backlash of sorts against this model, and Flappy Bird’s complete disregard for in-game purchases and micro-transactions feels like a welcome trip back to gaming’s past.

Flappy Bird is a game that you never truly beat until you delete the app.

Really, the game’s swift end seems fitting. Just like the on-screen bird we’ve learned to loathe, Flappy Bird finished its flight without warning. Still, out of death comes life, and Rory Cellan-Jones might just have a point when he called Nguyen’s shock decision ‘the birth of a marketing genius’.

The developer has culled his prized asset before it lingered too long and in doing so he has elevated it to the status of a collector’s item. With Nguyen set to keep creating games, it seems that even Flappy Bird’s removal from the market can’t stop it making people come back for more. 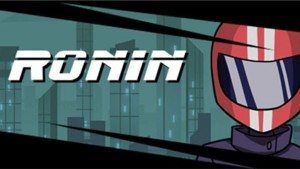