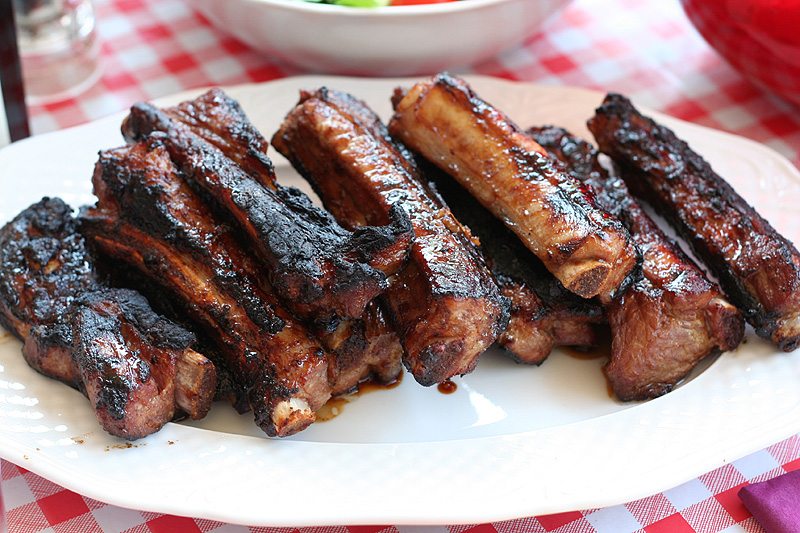 The buzz about Bill’s

If you haven’t noticed the large, illuminate ‘Bill’s’ sign brightening up the end of Leamington Parade, where have you been?  ‘Bill’s Restaurant’ – which opened in December 2013 – will lure you in with its stunning décor and eye-catching window display; and the unique menu and friendly atmosphere will keep you there.

I was pretty surprised when I realised there was more than one Bill’s – it feels inimitable. The first opened in 2001 in East Sussex after founder Bill Collison transformed a family grocery. Today they have more than 25 restaurants across the UK. In Leamington, the exposed brickwork, vintage chandeliers, hand-scrawled blackboards and shelves groaning with Bill’s produce (pesto, chutney jams) create a higgledy-piggledy homely ambience that will be heaven for humanities students.

It’s a chain, but it doesn’t feel like one.

I went for dinner (dimmed lighting, candles crammed onto admittedly small tables; no it wasn’t a date) but Bill’s is open from breakfast right through to afternoon tea. The food is custom, not corporate and every dish feels tailor-made for the customer.

The extremely accommodating waiter recommended the large, green Gordal olives to nibble on (£2.75) while we browsed the menu. Large glass vases of water are automatically placed on your table, and if you’re a wine buff, then I can say their Merlot is sweet and incredibly smooth.   The starters were perfectly sized to whet the appetite, ranging in price from £4.95-£5.95. We had Bill’s chorizo scotch egg, an interesting twist on a British classic, and lemon squid with tartar sauce, deliciously crispy and fish-a-plenty,  but excessively salty.

The mains are really what you should go to Bill’s for, and with the lowest in price at £9.95 that might be all you can afford on a student budget. Bill’s duck pie is infused with barley and pepper and is really packed full of flavour. It just needs to be at least double in size. The BBQ ribs are succulent and gristle-free, served with creamy coleslaw and sweet potato chips, which although unashamedly deep fried, are amazing. (We had some more on the side). The roasted portobello mushrooms, our second side, were a little nondescript and looked as if they had been sprinkled with about 0.3g of cheese, but were tasty enough.

If you’re a dessert person you won’t be disappointed. The ambrosial pumpkin and ginger crème brulée is sweet, light and torched to perfection.  If you don’t order it to gratify your post-dinner sugar craving, then order it for the amazing crunch. Note:  spoon satisfaction rating is incredibly high. The butterscotch ice cream which accompanies Bill’s sticky toffee pudding is so moreish, it actually manages to distract you from the larger issue at hand – that the pudding could be stickier. Otherwise, faultless.

Bill’s boasts a plethora of reworked British classics, clearly designed with passion, there’s something on the menu that will appeal to all foodies.