Once the announcement was made that ‘The Book Thief’, the New York Times Bestseller written by Markus Zusak, was to be adapted into a feature film by 20th Century Fox, there was great potential for the project.  The much beloved story is set in war-torn Nazi Germany, and features a family quietly undermining the principles of Adolf Hitler and his enforcers. With locations ranging from great lakes, snow-filled basements to bombed out streets, there was obvious potential for exceptional cinematography and mise-en-scene. The adult roles were snapped up by two of the biggest talents of the moment: Geoffrey Rush and Emily Watson. After a lengthy and hugely publicised casting call, the role of Liesel, the young protagonist, was awarded to Sophie Nélisse, already critically acclaimed for her debut performance in the French-Canadian film Monsieur Lazhar. All of these factors should have made for a wonderful, touching film, but sadly the attempt ultimately falls flat.

Aesthetically, the film hits every mark – the scenery in particular glows on screen and seems almost unreal, mirroring the beautifully abstract way in which Liesel is encouraged to describe the world around her. Any scene involving snow (and there are plenty of them) is visually stunning, but is indicative of the film’s biggest problem: it is simply too Hollywood. Whilst the classical Hollywood formula is undoubtably a conventionally successful method to film production, it clashes tonally with the narrative issues explored in The Book Thief.  The single biggest issue is the treatment of Nazi Germany in a project which was attempting to be a family film. Nazi support was undeniably widespread throughout this period, yet the film strangely tries to infer that the entire village is generally opposed to the party leadership. It is believable that Liesel’s foster parents are willing to go against the teachings of the party – they hide a young Jewish man in their basement to pay a life-debt owed to his father – but for the rest of the German village, there is no sense of ambivalence to the teachings of the Nazi party, let alone vocal support.

Director Brian Percival is too afraid to truly explore the nature of Nazi Germany in order to maintain the family friendly appeal of the film.

The only distinguishable ‘Nazis’ in the film also serve as the only distinguishable antagonists. These come in the form of Nazi soldiers and officials, and the children’s equivalent is the propaganda-spouting bully. It feels as if director Brian Percival is too afraid to truly explore the nature of Nazi Germany in order to maintain the family friendly appeal of the film. He opts to present the bombing, which marks the film’s most violent moment, as a surreal non-violent montage of sleeping citizens accompanied by a voice-over by the narrator, who represents Death. Even in the aftermath, the surviving characters seem strangely disaffected, leaving the audience in a similar state. The sense of tragedy comes nowhere close to correspondent films, such as The Boy in the Striped Pajamas.

The aforementioned voice-over is an odd component of The Book Thief. One of the more celebrated aspects of the novel was the Death-as-Narrator,  but it does not successfully transfer to screen. In addition, Death (Roger Allam) sounds like a silky-smooth English gentlemen, yet all on-screen actors attempt german accents, to varying degrees of success. There is a wide range of good german accents, poor german accents, actual german dialogue and English-standing-in-for-German dialogue. As a general rule, the credited cast speak English, whilst background artists use German. Most signs are in German, but all of Liesel’s reading and writing is in English. Basically, it’s a mess. Especially considering that Liesel’s initial illiteracy and eventual love of literature are heavily stressed themes in the narrative, one would hope that the depiction of language in the film had even a small amount of thought put into it.

It wouldn’t be fair to say that The Book Thief has no redeeming features – the performances by the leading cast, Geoffrey Rush in particular, and the score by John Williams managed to snag a deserved Academy nomination. However, not even the involvement of talents like Rush and Williams could save this film from the fear of properly exploring its own content. 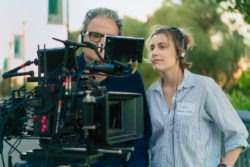 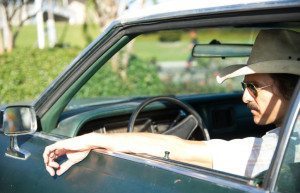 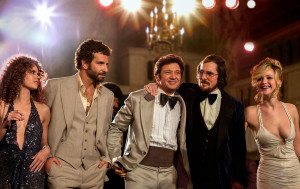