Rage against the machine

As a relatively new university, Warwick lacks the ability to flaunt grandiose libraries and monumental statues. Unlike Durham, Edinburgh and Britain’s beloved Oxbridge, no-one’s going to mistakethis university for Hogwarts. However just a glance at the maths and stats building proves we have our own more modern edge. But while fighting for the well-established modern British university we may have got a bit carried away. Of course the Learning Grid is as tech-savvy as ever and the Koan has started its own following, but could it be possible that the screen in the piazza might be taking our modern edge a little too far?

However very 21st century Warwick prides itself on being, we are not Google. As opposed to new and innovative, the television screams desperation. A panicked cling at staying relevant and novel. Do we want students to come on an open day and play Mario Kart in the middle of the piazza? For a university that is extremely focused on the more corporate side of business, Warwick is giving the impression of a media school. Does our university not have enough academic strength to support its own? We are not an old university but our position in the league tables should speak for itself.

But it is not just the poor misled freshers that suffer from this new feature on campus, it’s the current students. Do you remember the day your exams ended? Were you sitting in the piazza, chatting to friends, maybe spraying Lambrini around (who isn’t one for dramatics)? This place to chat with friends, eat your lunch and maybe people watch for half an hour has now been tainted by the booming presence of the screen. While ranting about this very subject to a friend I found my eyes drifting more and more towards the screen, becoming the drone I thought I’d escaped from when leaving my TV at home. Mindless advertisements fly by and ashamedly I am sucked into them too.

The beauty of university is the realisation that human contact and communication can be so much better than watching the ‘I’m a Celeb’ final. If this gigantic screen was turned on just for the important football matches or maybe even the elections (prepare for third term Warwick…) there may be justification for the screen. However that is just not the case. However much we may love our university for its modernity, there are limits and I for one do not see playing Mario Kart in the piazza as the exciting and stimulating environment I signed up for. 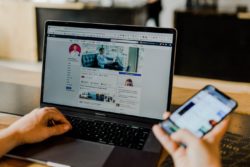 Coronavirus is making us reconsider our education system