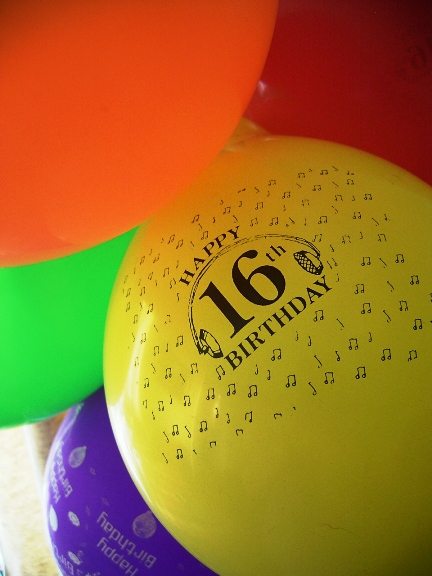 The Opinion Matrix: Should The Age Of Consent Be Lowered?

The Age of Consent Should Be Lowered:

The sad fact is that Britain remains a place where sex and sexuality are still carefully avoided topics. I think this is mostly due to the quintessential nature of the British public in general, simply being too embarrassed to talk about sex, but this is something that can be, and should be, rectified. Attempts have recently been made to reconcile the British public with the nature of sexuality, particularly TV shows on pornography, and Channel 4’s dauntingly cringe worthy Sex Box. But although these programmes are well meaning, they miss the inescapable fact that it is the young people that are generally the most sexualised, for good or for ill.

It is an inescapable fact that a lot of teenagers have sex; even more watch pornography, and deem what they see as ‘educational’. A lot is said of the ‘over sexualisation of youth’, but in honesty this is a change which is now irrevocable – teenagers will continue to have sex whether we allow them to or not. In this sense the age of consent is absolutely useless, little more than an arbitrary rule so that politicians can tick a box and move on – but it does and can have its uses.

Nothing proves this to me more than by a quote from Liz Dux, representative of the 72 victims of Jimmy Saville, about the possibility of lowering the age of consent to 15; ‘there is a real risk that society would be sending out the message that sex between 14- to 15-year-olds is also acceptable’. My instant question is this; why is it unacceptable for 15 years olds to have sex with each other? It’s generally at this age when most men and woman are going through puberty, and in some cases some men and women have already gone through puberty. But further, it’s at this age that a lot of men and women pick up most of their perceptions about what sex will be like and what it will involve; it’s absolutely imperative that sex is no longer a taboo.This taboo is damaging to young people; the current age of consent propagates old habits and ‘traditions’. At my high school, if a man had sex, more often than not before 16, it would become something of note, something to boast about. Occasionally, it was the same for women; I once heard a teenager boast that she lost her virginity at the age of nine.

The process of lowering the age of consent would somewhat normalise the idea of sex. It would help to educate young people away from their preconceptions of sex and would quash its predefined nature as something extraordinary, perhaps even helping breaking down gender barriers. Whilst it may not seem like a good idea to normalise sex, the idea does encompass one inescapable fact of humanity – sex is normal.

People have sex under the age of fifteen. People have sex under the age of fourteen. It’s difficult to know, really, when people start having consensual sex: I know people who started as early as eleven, and people who started as late as twenty three. Both examples seemed to have equal amounts of consent, though: from the conversations their first times had no different circumstances, really. It’s all about when you, as an individual, reach sexual maturity.

Which, like puberty, changes depending on who you are: I had hair on my chin before my brother of two years my senior. Because of this hard and fast biological rule, setting an age limit for consent (or, at the very least, changing it) seems at the very worst a waste of time and at the very best changing an already arbitrary limit. Besides, even if it wasn’t a matter of biology: some eleven year olds are just more world-aware than their counterparts.

Removing these laws entirely would do far more to increase knowledge of the issue than simply altering the arbitrary distinction to one year earlier than it currently is.

Something as private as sex is very difficult to monitor, especially between two consenting individuals. Indeed, the laws about when you can and can’t consent force it into even more secrecy and enrich pre-existing taboos. This taboo prevents people speaking out about possible consequences of their sexual encounters (consensual or not). The lack of communication about the issue (caused by, to my mind, taboo, caused by or at least supported by laws) prevents people having knowledge about what is and isn’t consensual. About how sex is supposed to feel. For example, “popping your hymen” is not a natural first experience: it is caused by excessive roughness. Excessive roughness is fine with consent, obviously, but it should not be expected. This is not common knowledge due to the lack of communication around the issue at the ages which people reach sexual maturity (which is commonly younger than fifteen). Removing these laws entirely would do far more to increase knowledge of the issue than simply altering the arbitrary distinction to one year earlier than it currently is.

I’m not really sure what the government aim to gain from lowering the age of consent a year other than a reduction in crime: it’s not going to stop people having sex at fourteen if they were going to have sex at fourteen (I know plenty of people who have sex at fifteen anyway) and, if anything, seems to trivialize the issue.

The Age of Consent Should Not Be Lowered:

I’d like to emphasise that I’m not a staunch traditionalist who believes boys and girls should never make eye contact, and that men and women should court platonic relationships until the age of 37.

Yet at the same time I believe the recent proposal by the Faculty of Public Health president to lower the age of consent to 15 is inefficient at best, and dangerous at worst.

The key argument put forward by Prof John Ashton is that society must accept that a third of teenagers are having sex at 14 and 15, and that this move would ensure under-16s have easier access to sexual health advice.

It is true that under-16s who need help and advice must absolutely receive it without fear. However, I believe in proposing to lower the age of consent to 15 we would be walking blind, completely ignorant of why we have it in the first place – to protect children from adults who could otherwise exploit them. Many say that there’s no difference between a 15 and 16 year old. This may be true, but there is a huge difference between a child and an adult.

What of the argument that our European neighbours have lower ages of consent and lower levels of teenage pregnancy? Whilst strongly disagreeing with the ages across the continent, I think there is a strong argument that the British teen is often not the same as his or her counterpart in Italy and Germany. One of the most striking things when I taught in Turin last year was the ability of young Italians to hold serious debate about serious topics.

Without wanting to sound demeaning to our own British teenagers, my experiences at school have led me to believe that they are often particularly immature. For me, a key difference between the teenager in these isles and that of our European neighbours is the latter not being overtly exposed to the culture of peer-pressure and cliques, dangerously integrated with an extremely early sexualisation from the media and internet.

As with every assumption, there are exceptions. Yet I believe lowering the age of consent to 15 could well land us on a slippery slope. Just in the last week prominent barrister Barbara Hewson has even argued it should be lowered to 13, in order to end the “persecution of old men” in the wake of the Jimmy Savile scandal.
Whilst those on the other side of 16 must undoubtedly have all the help and advice should they need it, lowering the age of consent is not the answer. We need a national debate on the problems with modern British youth culture, and how such problems have led to an epidemic of teenage pregnancy and the vulnerability of a generation.

Many people who are arguing for the lowering of the age of consent to 15 will say something about how young adults don’t adhere to these guidelines anyway so it doesn’t make sense to keep it ‘so high’ (although I personally still regard 16 as very young for sex.)

But fine, if we continue along these lines of argument, it will still prove to be imperative that you do not move the age – if you think that teenagers are going to have sex regardless of the law, then surely it won’t matter to them whether it is 15 or 16. Who it will matter to are the teenagers who are uncertain, under pressure or reluctant to have sex. Many teenagers will find themselves under a huge amount of pressure to have sex, especially in a society that it so heavily saturated with sexualisation. Many boys and girls will also feel under pressure to have sex before the age of consent.

the protection that the law will give is as an invaluable defense to those who feel that it is only the law that they can rely on to escape any stigma or pressure they may experience from a reluctance to engage in sexual activity.

At the moment those who are going to have sex before 16 will, and those who do not know or do not want to, have the support of the law to give them more time. The importance of this support system and protection cannot be understated; the protection that the law will give is as an invaluable defense to those who feel that it is only the law that they can rely on to escape any stigma or pressure they may experience from a reluctance to engage in sexual activity. If in doubt they can always say ‘I want to wait until I am legal’, giving them at least until 16 to consider whether they are mentally and physically prepared for sex.

Here I am absolutely not simply talking about girls either, who I think this law will also protect are boys. Clearly I cannot talk for all boys or outside my own experiences with friends, but it seems to be that boys do experience pressure to have sex before the age of consent, or certainly by the time they get around the ages of 16-18.

If we lower the age to 15 can we then start to expect sex to begin from a much earlier age? I feel sure that as a society we cannot set a precedent, or normalise behaviour that condones tweenagers having sex. We cannot downplay the very real impact it has on people’s bodily and mental health, nor can we pretend that young adults have all the faculties and experiences at their disposal to make the best decisions for their long-term sexual identity.