The Hunger Games: Catching Fire had a lot to live up to. Its lead was now a bona fide Oscar winner. It had a new director who promised to fix the mistakes of the first entry. The budget was bigger which meant the CGI and the sets were expected to be more than just decent this time around. And, as the adaptation of what is considered to be the weakest novel in Suzanne Collins’ trilogy, it already had naysayers lining up to find flaws. Not to mention the ever-present risk of sequel fatigue.

The film does not meet these expectations; it surpasses them by more than anyone could have imagined. Following on sixth months after the first film, Catching Fire throws Katniss Everdeen (Lawrence) back into the arena. This time though, she and Peeta Mellark (Hutcherson) are facing other victors, each of them seasoned killers. More ominously, the fragile forced peace of Panem is threatened by Katniss’ previous actions and she must fight not just for her own survival but also for the survival of her loved ones. (Readers take note, this blurb covers the most basic frame of the plot without revealing any spoilers; there is a lot more to the story than meets the eye.)

As with the previous film, the acting is superb. Jennifer Lawrence proves that all the attention she has been getting over the past few years is not undeserved. In addition to the sides of Katniss already explored in the first film – her protective nature, her brutal honesty and her compassion – Lawrence has to show her struggles with post-traumatic stress and survivor’s guilt. She balances these added nuances with an ease that proves she is here to stay for years to come. The absence of the book’s inner monologue, crucial in understanding her motivations when reading, is hardly noticed because of Lawrence’s exceptional portrayal. Josh Hutcherson, while not as much in focus, similarly continues to build his impressive resume with an impactful performance. Returning co-stars Woody Harrelson, Stanley Tucci, Donald Sutherland, Lenny Kravitz and Liam Hemsworth provide solid support, but Elizabeth Banks surprisingly kicks it up a notch, making a dandified and naïve PR liaison one of the more emotional roles of the film.

While the great acting is a feature carried over from the first instalment, the direction has undergone a massive improvement

The additions to the cast are also excellent. Sam Claflin was going to be under a lot of scrutiny because of the popularity of his character Finnick Odair, and he gleefully proves his naysayers wrong with a spectacular turn. Jeffrey Wright, Amanda Plummer and Philip Seymour Hoffman, as Beetee, Wiress and Plutarch Heavensbee, are understated but no less effective. And Jena Malone’s Johanna is an absolute joy to watch, providing the best lines of the film. But special props have to go out to Lynn Cohen and Megan Hayes for providing two of the biggest tearjerkers this entire year, both without uttering a single word.

While the great acting is a feature carried over from the first instalment, the direction has undergone a massive improvement. Gary Ross was a dependable first pilot, but the second outing needed more confident hands. Francis Lawrence delivered exactly that, doing away with the shaky cam that plagued large chunks of his predecessor’s work and replacing it with beautiful cinematography and concise direction. His decision to switch cameras to a wider IMAX ratio when the Tributes enter the Arena pays off handsomely; it is quite the impressive sight. The CGI, another element that was noticeably weak earlier, is great, all the more important given the nature of the effects needed this time. Never is this more apparent than during the spectacular first aerial shot of the arena. Trish Summerville deserves special recognition for her stunning work on the costumes – it would not be very surprising if Catching Fire picks up a few technical awards next year because of her.

Minor drawbacks, such as a few absent characters from the book and the lack of screen time for some of the supporting roles, are not enough to derail this stellar film. Catching Fire is definitely one of the best of the year. It is such a shame that we need to wait another year for a follow-up. Till then, happy viewing and may the odds be ever in your favour! 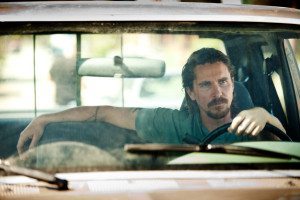