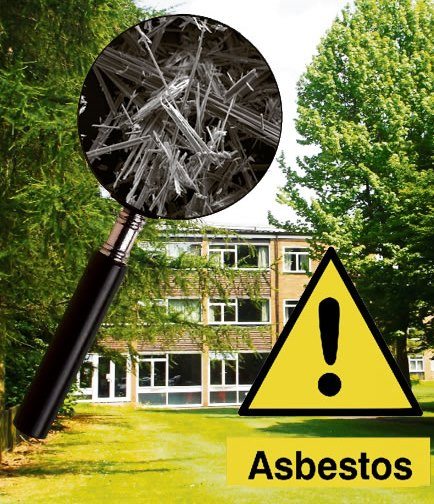 A Freedom of Information (FOI) request by the Boar has revealed that every single bedroom in campus accommodation buildings Westwood and Tocil contains asbestos.

This news comes after the Guardian revealed over the summer that Warwick is the university which provides the most rooms that contain asbestos to students.

2,313 rooms on campus contain asbestos, which is 35 percent of the total number of available bedrooms, including shared accommodation.

It has also been revealed that over 94 percent of rooms in Rootes and Redfern also contain asbestos.

A number of students have expressed confusion and frustration over the matter, saying that they had not been told that the substance was in the vicinity of their rooms.

A first-year student currently living in Westwood anonymously told the Boar: “I am very angry that the University has not informed me that I am living in a room which contains asbestos.

“Even if it is safe, I should still be told so I am made aware, in case any damage occurs which could expose or uncover it.”

Natalie Tang, a first-year Economics undergraduate currently living in Rootes, added: “I’m confused as to why students have been allowed to move into rooms which potentially contain asbestos. It should be removed as soon as possible.”

A spokesperson for Warwick University has confirmed that students are not told that their rooms contain asbestos, and has said that they do not need to be told because “the asbestos is sealed inside other materials and is therefore completely safe.

“The University complies fully with all statutory requirements and good practices regarding the materials containing asbestos in those rooms.

“Similar materials can still be found in a great many domestic houses and flats from the same period.”
All of the accommodations containing asbestos were built between 1956 and 1977, and are legally allowed to contain it

as long as they were erected before laws banning the substance were passed in 1985.

“Although as long as the asbestos is not damaged, it does not pose a risk to the person’s health and it is unlikely that I have had any exposure to asbestos fibres, it does make me concerned that material that can cause long-term health effects is in the vicinity.”

Campaigners, such as those from the Association of Teachers and Lecturers and the British Lung Foundation, are concerned that as a result of not knowing whether asbestos is in their rooms, students will not report damage in accommodation which could expose asbestos.

Last year when a pipe burst in the accommodation block International House, students were told they may have to evacuate their bedrooms whilst measures were taken to remove asbestos.

Although Warwick Accommodation staff later confirmed that the asbestos had not been exposed so it did not pose a risk to students living there, the reports over the summer have concerned former residents.

Second-year Psychology student Shareen Rikhraj, who lived in International House at the time of the incident, commented on the present situation.

She said: “I think it’s a little unfair that it has become a big deal now that it’s affected many more rooms.

“It wasn’t seen as that big of an issue when it was only in International House.

“There shouldn’t have been over six months of a gap between telling International House residents about it and the rest of Rootes.”

The Boar further investigated whether asbestos was present in other buildings on Warwick campus.
A spokesperson for the University of Warwick said: “[Warwick] is aware of asbestos-containing materials located in non-residential buildings.

“The University carries out annual re-inspections of all of its buildings that contain asbestos-containing materials, and also carries out specific project related surveys prior to commencing intrusive works on site.

“All parts of the University which contain such materials have asbestos protection measures in place.”

It is believed that over 17,000 students nationally have been sleeping in rooms which contain asbestos.