Songwriting: The Death of the Author?

Is it right for a song to be written by someone other than the artist singing it? Some may cry foul and say it is, arguing that songs should be from the singer’s heart and not scribbled by the hand of another. A singer should be emoting what he/she personally believes, and what has stemmed from his/her own mind. This apparent “death of the author” has not been the case in popular music for several decades, but why does it happen? And is it as bad as people make it out to be?

One reason why music is occasionally penned by separate writers is because particular singers are not talented enough to write profound or catchy lyrics themselves. In the current climate, there are boatloads of songwriters who will seldom (or perhaps never) find themselves under the spotlight’s gaze, yet will make a good living by writing for other, more prolific artists.

But this isn’t necessarily a bad thing. Popular music is driven by those who possess a je ne sais quoi – the ‘x’ factor, if you like – and not every enthusiastic songwriter with a quirky voice can vouch for that. By the same token, your average dazzling dancer or mime-artist might not possess the power of the pen, and as a result, there needs to be an artistic balance in the industry. Singing other people’s songs was a common practice even in the “good old days” of the 1960s, when icons like Cher, Elvis and Barbra Streisand established themselves via the works of other people. Such strategies of compromise can be a good thing, allowing both the singer and writer alike to earn their keep.

Popular music is driven by those who possess an ‘x’ factor, and not every songwriter with a quirky voice can vouch for that. By the same token, your average dazzling dancer of mime-artist might not possess the power of the pen…

There is also an assumption that writing lyrics is a prerequisite to being a talented artist in the industry, though in truth, this is far from the case. Modern musical success comprises of many different artistic outlets, both material and superficial, all of which play to the strengths of different artists. Choreography, visual direction, media manipulation, live vocal performance, co-production and even hairstyles are but a few: songwriting is just one in this plethora of musical mastery.

Furthermore, music written by others does not automatically render an artist’s performance thereof inauthentic. It is a common mistake to associate this industry facet with pop music in particular, and likewise, to associate pop music with inauthenticity. The majority of chart-toppers may be laden with objectively lazy lyrics, but there are plenty of gems in this misunderstood sea. Take Madonna’s American Life or Ray of Light, Pet Shop Boys’ discography, or Janet Jackson’s Rhythm Nation 1814. Each example is bound by profound issues ranging from conflict in Iraq, materialism, losing a mother, love, poverty and racism. And yet, despite these big issues, at their heart, the songs remain classed as “pop” music. 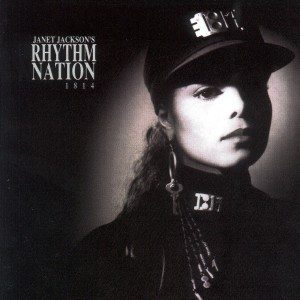 More importantly, songs should not be devalued just because they are not personal to the singer. Most music tends to be attractive to buyers because they can relate to its sentiments, such as the barrage of “Be Yourself” anthems that have been steamrolling the charts since the early noughties. Even though the song is not always written by the person singing it, the lyrics still have the potential to reach out to the audience: an impact perhaps more significant than anything else.

But we should not take the art of songwriting with a pinch of salt. It’s always a little satisfying to see your favourite artist having writing credits on their latest album, and for the artists themselves, it’s even better. Why? Money, of course. There have also been many rumoured cases of popular singers attempting to achieve writing credits for minimal input, a skill known as “circle a work, take a third.” Whilst this is clearly a mark of the entrepreneurial spirit within the industry, it is not as underhand as claiming a writing credit for other people’s work entirely. In 2011, songwriter Heather Bright confirmed that Justin Bieber was guilty of this.

Regardless of whether the artist is singing their own work or that of somebody else, the lyrical content of a song is certainly important. But music has always been about striking a balance, whether between the written-by and the written-for, or between the authentic and the superficial. The author may be dead, but the writer is still very much alive.

A history of LGBTQ+ music

How would Natti Shiner describe Fickle Friends to the uninitiated?

In defence of the diva and her impact – Mariah Carey