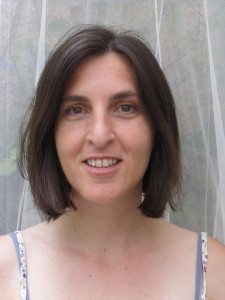 A former Israeli international student has been recommended £1,000 compensation and an apology from Warwick over a complaint she made about her personal tutor alleging racist bias.

The Office of the Independent Adjudicator (OIA) ruled last month that 37-year-old former International Relations MA student Smadar Bakovic’s complaint against Dr Nicola Pratt of the Department of Politics and International Studies was ‘partly justified’ due to the “stress and inconvenience [caused] by her experience and the process of pursuing her complaint”.

The OIA did not, however, uphold Ms Bavokic’s claim that racial bias had influenced Dr Pratt’s marking.

“We observe that the marking of the dissertation was properly a matter of academic judgment,” says the report seen by the Boar.

“While noting that Ms Bakovic perceived that Professor A [Dr Pratt] was biased because of the views that she held, we are not persuaded that there is sufficient evidence to establish that Professor A’s marking was in fact biased.”

Nonetheless Ms Bakovic, who began her studies at Warwick in October 2008, deemed the decision “brilliant” and “humiliating for the University”.

“I got everything I wanted so this is a huge victory,” she said, “I just can’t wait to get that letter of apology… If they are told to apologise, obviously they did something wrong.”

She added: “It’s just sad that a university that’s considered to be one of the best has an ‘expert on the Middle East’ who claims such bullshit.”

She hopes the ruling will help future students from minority backgrounds.

“I would hope that next time the department would be more open to considering a request for change of supervisor, especially on issues of such importance like this.”

She added: “People like Nicola Pratt’s aim in life is simply to despise Israel and I think that should not be allowed in the University. She’s an activist not a professor.”

“You can’t say you hate Jews because that’s politically incorrect, so you say ‘I hate Israel’.” 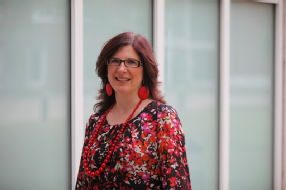 When Ms Bakovic was assigned Dr Pratt, who is still employed by Warwick, as her supervisor, she was unhappy with her pro-Palestinian and anti-Israel politics, particularly her support of Boycott, Divestment and Sanctions (BDS) against Israel, which she has publicly stated in a 2009 letter to the Guardian.

Ms Bakovic claims the BDS movement advocates the disestablishment of the state of Israel itself.

After being declined a requested change of supervisor on 27 April 2010, Ms Bakovic’s dissertation entitled ‘Arab Identity in Israel: To What Degree has it Changed and Why’ was awarded a mark of 62, bringing her overall grade down from a first to a 2:1.

Dr Pratt commented on the dissertation that Ms Bakovic had a tendency to “adopt Israeli/Zionist narratives as though they were uncontested facts”.

On 17 November 2010 she requested a re-mark of her work and was told to make an appeal.

She then submitted a formal academic complaint alleging that “the department had failed to take seriously her request for a change of supervisor; that she had been subject to discriminatory treatment because of her status as an Israeli citizen; and that her dissertation had been marked down because of bias.”

It took until 25 June 2012 for her complaint to be upheld on the grounds that the department had ‘acted inflexibly’ in refusing her a change of supervisor.

Ms Bakovic was then permitted to submit either a new or a revised dissertation under new supervision. She chose the latter.

After the subsequent remarking by different markers, the dissertation was awarded a 71, nine points higher than the previous mark.

This, in Ms Bakovic’s view, was evidence of racial bias against her as an Israeli and a Jew.

Warwick claimed that the differences in marking were because the dissertation had been ‘significantly reworked’, but Ms Bakovic claims she made only minor revisions to the dissertation.

A source with knowledge of the marking process told the Boar that the dissertation was in fact double-marked and so another academic in the department marked the dissertation with Dr Pratt. In other words, the initial mark of 62 was an agreed mark by two staff, and not decided upon by Dr Pratt alone.

The two professors who remarked the re-worked dissertation following the allegations of bias awarded the dissertation a mark in the high 60s, but when the dissertation was sent for external marking at Leicester University it was given a higher mark of 71.

The source said the changes to the re-worked dissertation were not ‘massive’ since Ms Bakovic was not keen to change the dissertation much. However, they addressed “some of the things that were pushing her mark down”.

The source added that Dr Pratt’s comments about Zionism on the dissertation were ‘ill-advised’ and she considered that the appeal board was right to grant Ms Bakovic a re-submission. However, she thought Ms Bakovic’s accusations that the variations in the mark were due to racism to be a ‘misrepresentation of the facts’.

Ms Bakovic supplied the Boar with copies of both dissertations. However, their authenticity could not be independently verified at this time. 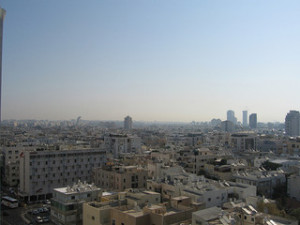 Ms Bakovic currently works in Tel Aviv as a media services coordinator for MediaCentral, an organisation which “provides support services for journalists based in or visiting Israel, the Palestinian territories and the region”.

MediaCentral’s director, Aryeh Green, also works as a briefing officer for the Israeli Defence Force’s (IDF) Spokesperson’s Unit according to his LinkedIn profile.

MediaCentral is a project of HonestReporting, which “monitors the news for bias, inaccuracy, or other breach of journalistic standards in coverage of the Arab-Israeli conflict.”

Its managing editor Simon Plosker also worked for the IDF’s Spokesperson’s Unit in 2004.

Both Ms Bakovic and Mr Plosker deny any connection between the case and these organisations.

“While Smadar is an employee of MediaCentral… her case was conducted with no input whatsoever from her employers,” said Mr Plosker. “In fact, the first that I and the staff of HonestReporting knew about this was when it reached the public domain.

“Such is the level of animosity towards Israel and pro-Israel organizations from many anti-Israel activists, I am quite sure that they will choose to believe what they want to – that Smadar Bakovic’s fight with Warwick University was being conducted from behind the scenes by shadowy forces. The truth, however, is not as dramatic.”

Spokesperson for Warwick Peter Dunn said: “The University is very pleased to note that the OIA have rejected almost the entirety of the complaint, in particular the allegations of bias.

“The University will of course give due consideration to the single criticism made by the OIA that the student was not sufficiently compensated by the University Complaints Committee for her experience in pursuing her original complaint within her department.”

Mr Dunn did not answer questions regarding whether Dr Pratt will be allowed to supervise Israeli students in future or whether the University intends to issue the recommended apology and pay the fine.

Dr Pratt is refusing to speak to the media.

Read the 2012 Boar article about the case here.