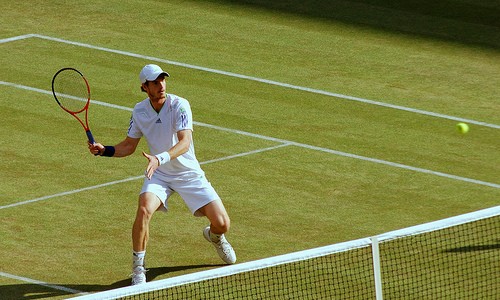 Wimbledon 2013 has presented us with a huge number of twists and turns throughout its annual fortnight-long stronghold over British emotions, and has certainly kept its fans as enthralled as ever. However, whatever surprises the competition brought, it would not distract us from the ultimate question: will Andy Murray ever win Wimbledon?

After arguably the most stunning opening rounds in recent Grand Slam history – leading to Roger Federer being knocked out of the competition by Sergiy Stakhovsky, a Ukrainian ranked 116th in the world, and Rafael Nadal being beaten in the first round by Belgian Steve Darcis, ranked at no.135 – many fancied Murray’s chances once the former champions were ousted.

Yet many said that these upsets showed anything could happen in the competition, and that Murray would still have to play at his absolute best to win the championship.

The emotional battle for the women’s title was too much for Sabine Lisicki, the German who knocked last year’s champion Serena Williams out of this year’s competition in the fourth round.

She suffered a breakdown in the fifth game of the second set of the match, delivering two double faults and holding her racket to her face as the pressure became too much for her.

Although she regained confidence soon after, the damage had been done and 15th seed Frenchwoman Marion Bartoli sealed her unlikely glory.

The success of 19-year-old British star Laura Robson, who won silver with Murray at the Olympics mixed doubles and won the Wimbledon Junior Girls’ Championship at the age of 14, must also be recognised.

She unexpectedly reached the fourth round, beating 10th seed Maria Kirilenko on the way, and appears well-placed to challenge for Grand Slam glory in the future.

Despite the number of surprises throughout the tournament, world number two Andy Murray came up against top seed Novak Djokovic in the final after both progressed through gruelling semi-finals against Jerzy Janowicz and Juan Martin Del Potro respectively.

If we felt tense watching the final in our homes, one can only imagine what the mood was like on court.

The scorching temperatures of the day reflected the blistering heat of the match, with rally counts reaching as high as 32.

The expectation on Murray was extremely high for the final, not least because of its symbolic significance.

The final fell on 7/7, the last British female triumph was in 1977 (Virginia Wade) and the last male win was 77 years ago (the oft-cited Fred Perry).

The host of famous faces at the All England Club, including David Cameron, Ed Miliband, Wayne Rooney, Victoria Beckham and Bradley Cooper to name but a few, further added to his pressure to perform.

In spite of the heat, pressure, and (as many complained on Twitter) his lack of cap, Murray took the opening set 6-4.

However, mindful of Murray’s four-set defeat to Roger Federer last year after a similarly fast start, the spectators audibly and visibly erred on the cautious side of hopeful.

If we felt tense watching the final in our homes, one can only imagine what the mood was like on court

As the players confused spectators by donning near-identical white caps, murmurs of disquiet began to mount as Djokovic raced into a 4-1 lead at the beginning of the second set.

The Serbian uncharacteristically wilted, penned back by Murray, and the Scot broke twice to win the second set 7-5.

Murray took the first two games of the third set with remarkable haste, prompting BBC commentator Andrew Castle to remark “that was quicker than an e-mail”.

British hopes were raised, but quickly quelled as Djokovic reeled off four games in succession. Would the British number one be the gallant loser once again?

Covering an extra 20 percent of the ground than Djokovic did throughout the entire match, Murray was tested to the core to win the next three games, and suddenly he was serving for the Wimbledon title in front of an exuberant crowd.

Taking the first three points from Djokovic, Murray was only one point away from winning the championship.

It took four deuces for Murray to gain advantage for his fourth championship point, and win the title. He clinched the most extraordinary of victories with a straight-sets 6-4, 7-5, 6-4 triumph, rebutting the naysayers and doubters.

Even he admits he doesn’t really know how he did it: “I understand how much everyone wanted to see British winner at Wimbledon and I hope everyone enjoyed it… I’ve no idea what happened. I can’t even remember, that’s how much I was concentrating.”

He cemented his status as the first British man to win the championship since 1936 by doing something impressively British – nearly breaking the actual Wimbledon trophy by knocking the lid off as he sat down.

The big question has been answered. Yes, Andy Murray can win Wimbledon. And he did so in some style. 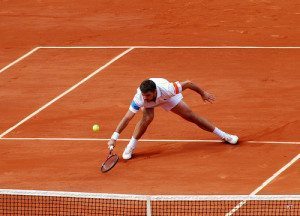 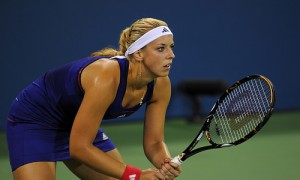 Is tennis a battle of the mind? 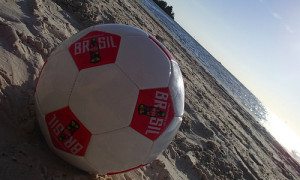