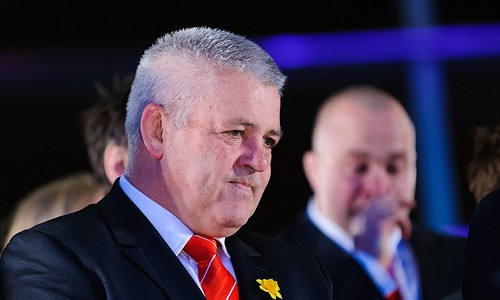 Warren Gatland spoke of feeling "hurt" after the criticism he received for dropping Brian O'Driscoll. photo: National Assembly for Wales

Gatland’s bravery should be celebrated

Before the final Lions test against Australia, I read a whole host of articles, tweets and Facebook updates slamming Warren Gatland for his selection policies.

This article in the Telegraph is a prime example: calling Gatland’s selection for the final Test ‘a brazen insult’ to the concept of the British and Irish Lions, containing 10 Welshmen as it did.

There was also a great outcry over the dropping from the squad of centre Brian O’Driscoll, a living legend in Irish rugby and widely regarded as one of the best players ever selected for the Lions.

The Lions then proceeded to walk out of Sydney 41-16 winners, the highest points score for in their history, and in defeating Australia recorded their first series win in sixteen years. Yet you know all that, so why am I going on?

I think Gatland’s bravery should be celebrated. I don’t think many coaches would have the guts to drop O’Driscoll, for whatever reason.

To drop him for purely tactical reasons for the young Welshman Jonathan Davies, who, albeit in form, has nowhere near the reputation of O’Driscoll, was seen as madness. In the end, Gatland was proved vindicated.

The important thing to realise is that whilst Gatland picked 10 Welshmen, this was not merely a retreat to what he knew as coach of the Welsh national team.

Every selection was part of a wider strategy. Richard Hibbard’s added strength in the scrum at hooker, alongside the brilliant Hair Bear Adam Jones and the returning Alex Corbisiero, meant that the Lions were able to dominate the scrum in a way they were unable to in the second Test, when only Jones of the three was playing.

In fact, almost all of Gatland’s selections proved correct. Toby Faletau had a great game at number eight, Geoff Parling made one of the tackles of the tour and captain Alan Wyn Jones was everywhere on the pitch.

The key point is that not all of these names are Welsh: Gatland’s best available combination just happened to include 10 Welshmen.

In an age where sporting nations can claim those from other nationalities as their own to improve their sides, it seems to me highly ironic to complain about the makeup of the Lions side in terms of what national team they play for

Of course, having the best fly-half in the northern hemisphere helped. The ball, when kicked by Australia, seemed to be magnetically attracted to Leigh Halfpenny, who was not only a safe presence at the back, but played a crucial role in attack, helping set up the tries for Johnny Sexton and George North.

He also proved brilliant in front of the posts with the boot, amassing a remarkable 49 points over the three games. He was deservedly named Man of the Series.

Maybe the idea of selecting 10 players in the starting fifteen from Wales angered some people. However, this isn’t a junior level, where everyone should be given a chance. This was about winning, and Gatland’s team won.

In an age where sporting nations can claim those from other nationalities as their own to improve their sides, it seems to me highly ironic to complain about the makeup of the Lions side in terms of what national team they play for.

In the end, it was a series victory sealed in the most emphatic manner in Sydney. That’s what Gatland was hired to do. That’s what he did. Bring on 2017.