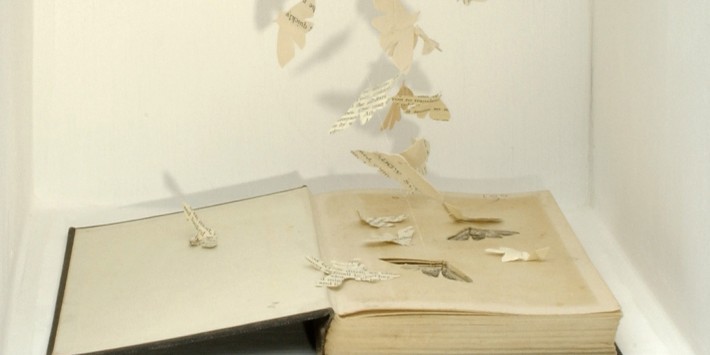 Last week, on June 15, The Warwick Books Festival was held at our very own Arts Centre. The festival this year had the theme of ‘Worlds of History’ that covered an “array of historical periods, themes, and ideas”. The festival was attended by writers from all genres – authors, journalists, and non-fiction writers came together, each having written pieces that addressed this theme and gained acclaim. Anna Laycock and Poppy Rosenberg review two of their favourite events from the festival.

For me, the highlight of this year’s Warwick Book Festival was Paula Byrne’s talk about her new Austen biography, The Real Jane Austen: A Life in Small Things. As a self-confessed Janeite (a term meaning a fan of Austen) I have read Byrne’s first book, Jane Austen and the Theatre, and attended a talk about it a couple of years ago. Therefore I was very much looking forward to this event and had high expectations. I am happy to say that I was not disappointed. Paula Byrne is an inspiring speaker, her depth of knowledge about Austen’s life and the eighteenth century society in which she lived in is remarkable. 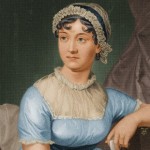 Unlike previous Austen biographers, Byrne takes a new and innovative approach to illustrating the life of one of the world’s most famous writers.  Rather than writing a linear chronology of Austen’s life, Byrne’s starting point for each chapter is an object that has significant importance or connection toAusten such as “The Family Profile” and “The Barouche”.  These objects provide the basis for the themes that each chapter explores, for example in “The Indian Shawl” Byrne explores Austen’s perception of colonialism and the influence it had on her life and works. The objects act like a mosaic, building up an intricate and detailed picture of Austen’s life, her family and her society.

Throughout the talk, Byrne highlighted her aim to dispel the myth of the pious and shy “dear Aunt Jane”.  In fact, contrary to popular belief, Austen did not live a cottage life, isolated from society – instead she was a well travelled for a woman of her day. During her life she lived in Hampshire, Oxford, Reading and Bath as well as visiting many other places.  Also, Byrne emphasised that Austen did not hide away her writing but was keen to get it published. Certainly, Austen had more confidence than her previous biographers have given her credit for. Byrne read out a few quotations from Austen’s letters to her sister Cassandra, which included witty and humorous comments about their friends. In her talk, Byrne uncovered the real Jane Austen, the vibrant and fascinating woman behind the virtuous, spinster image.

Paula Byrne’s talk was a joy to listen to. Her enthusiasm and vast knowledge about Jane Austen was inspiring. I left wanting to reread all of Austen’s work including her juvenilia and to visit the places she visited, particularly Stoneleigh Abbey which is only down the road from Warwick. The hour-long talk flew by, therefore my only complaint would be that I could have listened to Byrne talk for longer as it was clear that she had many more stories about Austen to share.

When the programme for the Warwick Book Festival was released, I was surprised to see that among the array of talent and subjects on offer, there was a prize for an unpublished poem on a medical subject. The Hippocrates Initiative for Poetry and Medicine is an innovative and exciting award. Begun in 2009 the initiative awards unpublished poetry whose focus is on a medical subject. I was uncertain what to expect when I went to the talk but was very pleasantly surprised.

The talk was introduced by the co-founder Michael Hulse who himself is a published poet. He spoke eloquently on the success and ambition of the prize, which seeks to bring together the scientific and literary worlds. Throughout the entire talk there was a great emphasis on the that role poetry has to play in medicine, and as a English Literature student who comes from a medical family I found this a particularly fascinating and exciting area of research.

There were several speakers at the event, including the winner of the 2011 Hippocrates Prize in the open category, Michael Henry. However, the talk that I found most moving and inspiring, was given by Wendy French and Jane Kirwan. Wendy French and Jane Kirwan read poems from their collection ‘Born in the NHS’. As NHS professionals they offered an honest and beautifully composed voice on a variety of medical themes and disorders.

Their collection of poetry moves through the alphabet, with each letter corresponding to a particular medical theme. For instance, they read from ‘A’ a poem on Anorexia, and from ‘D’ poems on dementia and drugs. It was at this point that Kirwan and French discussed the use of poetry in grief counselling and in relating to, and empathising with patients. The poetry readings were a refreshing and poignant exploration into the psyche of patients and medical professionals. The readings form ‘Born in the NHS’ revealed the power of poetry to understand the world and empathise with people who we may not otherwise have sympathy with. The ability to relate to and understand the workings of other people’s minds was revealed to be a crucial aspect in both poetry and medicine. I would encourage anyone interested in either field to read the winners of this prize.

The Hippocrates Initiative for Poetry and Medicine encapsulates the dynamic, eclectic tone of the Warwick Books Festival and demonstrates its great success in bringing together the scientific and literary worlds.